I find it incredibly hard to get excited over the majority of reveal trailers.  Cinematic trailers do nothing for me.  Yeah, we get it; you can make shiny stuff, but can we see the game now?

This occurred to me while watching the closing moments of Sony’s Paris Games Week press event.   While others in my circles were raving about how “amazing” games like Quantic Dream’s Detroit: Become Human looked, I couldn’t have been more underwhelmed.   It was all I could do not to start ranting then and there.  I understand how a sequel or remake with little more than an announcement can generate excitement.  I don’t understand people being convinced that a complete unknown will be a masterpiece.

I realize that reveal trailers are just that; a chance to reveal a new project.  They aren’t intended to be a deep insight into gameplay or systems.  Still; I just can’t get excited for them.

Unfortunately, I also tend to view people in a negative light when they do get hyped over these reveals.  I know I shouldn’t. When I stop to think, I realize the error in this response.  I can’t help but react negatively you are telling me that “a game will be amazing” when the only evidence they have is a sequence of CGI with some flashy lights and dubstep.  It will cause me to actively dislike you as a person; at least for a few seconds.

If a reveal shows gameplay, I can instantly imagine myself playing it.  I can speculate about what I would do in the environment.  It reaches me on a personal level.  In my mind, the controller is already in my hands A reveal like Detroit’s gives some pretty visuals to look at and an indication that there might be a good story. What it didn’t show was a game.  I can’t imagine playing Detroit, let alone wanting to.

I’m not even going to mention Matterfall. 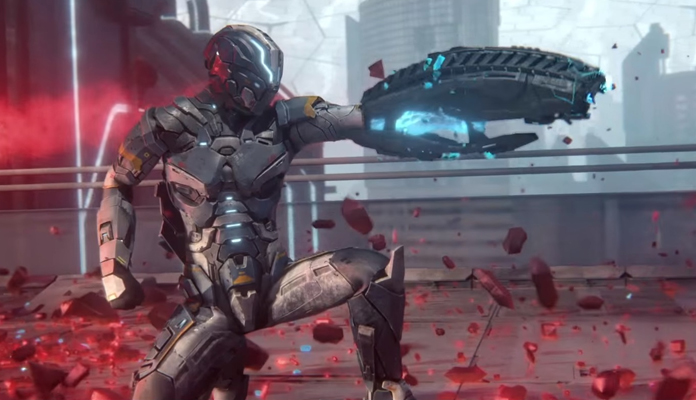 This is what I’m not mentioning.

If a new, interesting game with gameplay is revealed, I will get hyped.  I will remember your game.  Guaranteed.  I might even seek out information independently.  Perhaps, in my elevated levels of excitement, I might even pre-order your game.

To Detroit, Matterfall, etc: by the time this is published, I will have forgotten you.  I wish I could live inside a world of constant hype and optimism for something that has given no indication of actually being good; I really do. Unfortunately, I’m a cynical bastard. Sorry.