It took less than two hours for Breach & Clear to sell through the 1200 copies on sale Thursday morning.  103 minutes from the opening bell was all it took to blow through what had originally been planned to be a week or two’s worth of inventory.  People love their collectibles, and Limited Run Games is trying to straddle the gap between fans and the collector’s market in order to both get a game in print and not get stuck drowning in unsold inventory, but this went far beyond initial expectations.  So far there have been two side-effects of the sellout, but it’s likely more will be happening soon.

The first side effect is Limited Run Games going through the initial wave  of sales and imposing limits in order to free up inventory for a second offering Monday night, although the exact time isn’t yet available.  It was announced in advance that, if sales got out of hand, supply on the bigger orders would be limited in order to give a fair chance to more people, and when the dust cleared there were 300 copies remaining to put on sale later to people in different time zones.  Additionally, a limit of 1-2 copies (it’s a work in progress) will be placed on future games for the first 24 hours on sale to avoid becoming an Ebay scalper’s paradise.  The print runs will also most likely be going up, with Cosmic Star Heroine getting far more copies printed than Breach & Clear, but it’s still going to be a single print run, limited in number, no reprints.  As Limited Run Games pointed out, would a game like Breach & Clear that sold 2,000 copies on Vita and got middling-positive reviews sell anything like this well without the collector’s market to aid in the sales?  It doesn’t seem likely.

The second side effect is the more exciting of the two, and that’s the possibility of lots of titles getting a physical release.  The demand has been proven to be there, and while nobody’s retiring to go swimming in their money bin it’s still a viable business model.  FuturLab has asked who’d be interested in a Velocity 2X release for Vita/PS4 on Twitter, as has Mixed Bag Games for Futuridium EP.  It’s likely other indie developers will be polling their fans in the coming days as well, leading to the possibility of a packed schedule for Limited Run Games’ monthly release.  There’s no law that says LRG is the only publisher that can do small printings like this, of course, but for the moment they’re the ones people know about and doing the work.  It should be a lot of fun to see if any other publishers step up to the plate, though.  A little competition is good for the soul, and so long as the market doesn’t get flooded and the audience milked dry (90s gimmick comic book covers, anyone?) then small-run games for fans and collectors should be a great little niche market to play in. 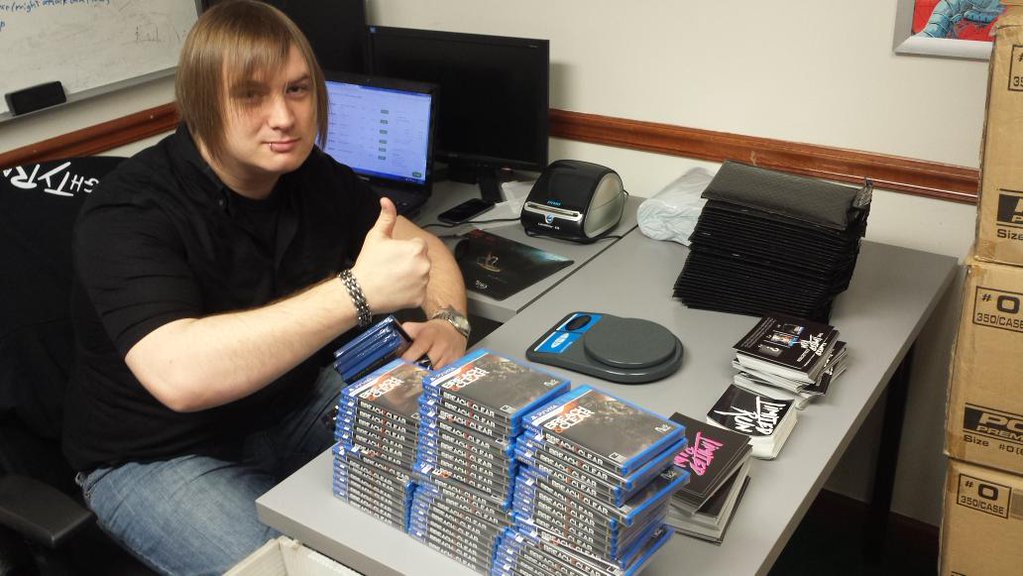