We know how it is. You worked hard for your 10:1 KDR, but sometimes, you just want to take five, relax, and enjoy a quick game on your phone. Unfortunately, finding good games is anything but quick – most mobile gems end up buried under a mountain of trash. But like we said, we know how it is, so every month we shine a spotlight on a great diversion to get you through the work week.

You can’t escape puzzle games when browsing through the app store. It seems like they’re the easiest thing to make and allow developers to make a quick buck. When you get tired of sliding your finger back and forth on the screen and you’re looking for something a little different, Mediocre’s Does not Commute might be for you. 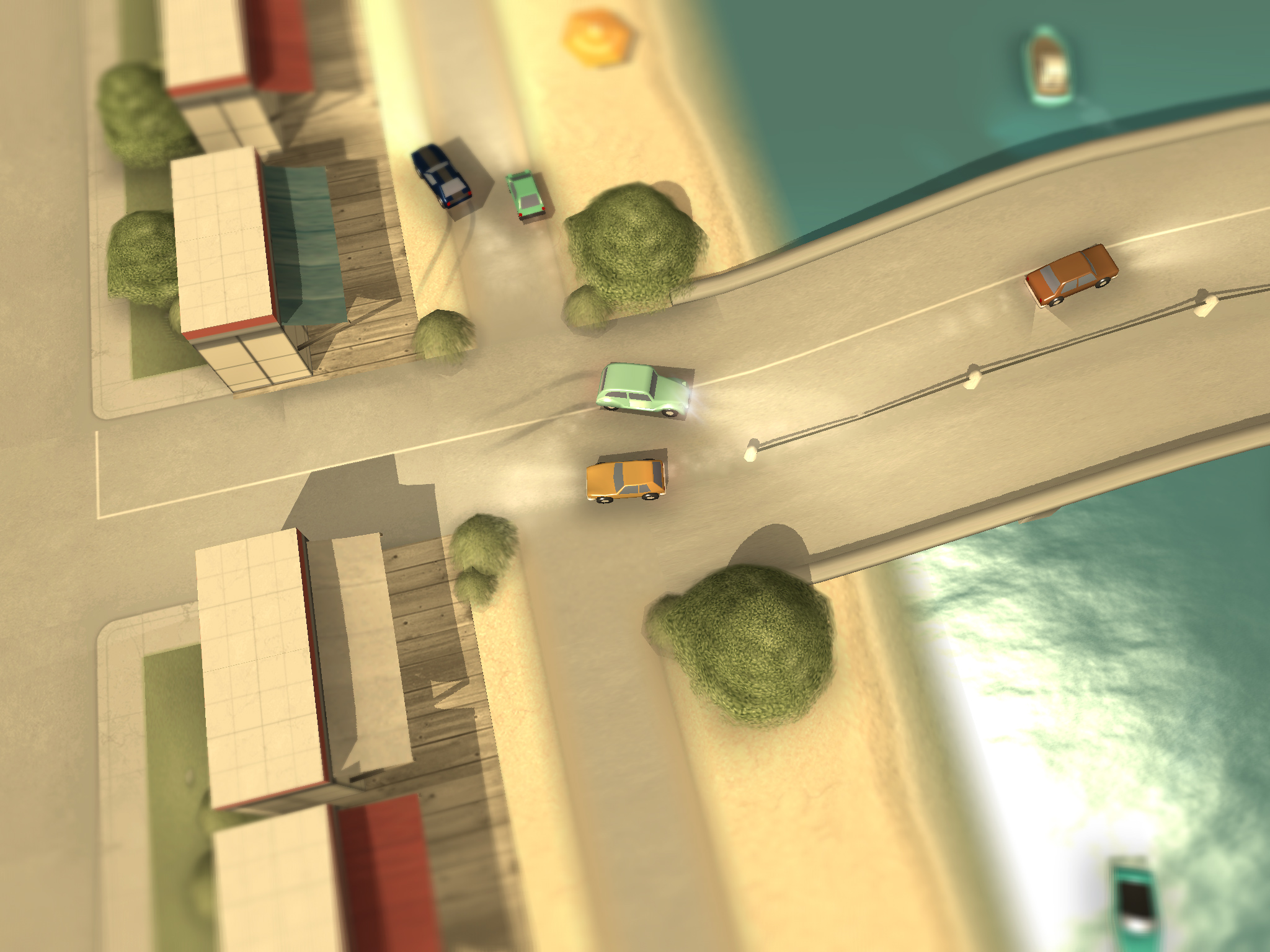 Does not Commute takes place in the 1970s and involves you getting cars from point A to point B with minimal collisions. You simply start out by controlling one car and tapping in the designated areas to turn it left or right. The car’s speed in constant so long as you don’t run over or into anything and once you make it to where the arrow is guiding you, you assume the control of another car. Sounds easy enough right? For the most part it is, but when you start reaching car nine or ten and you’ve switched from sports car to an ice cream truck, things start to get a little interesting.

Each level in the game has a set number of cars you’ll be guiding. Whenever you assume the control of a new car, the ticker on the bottom left corner updates and from the start you know how many you’re getting. The problem is that all the cars are on the road at the same time using whatever pattern you’ve driven as their base. Meaning when you get to car two of thirteen, the first car you drove will be on the streets as well covering the same line you created just a minute ago. This will happen throughout the level and the game. 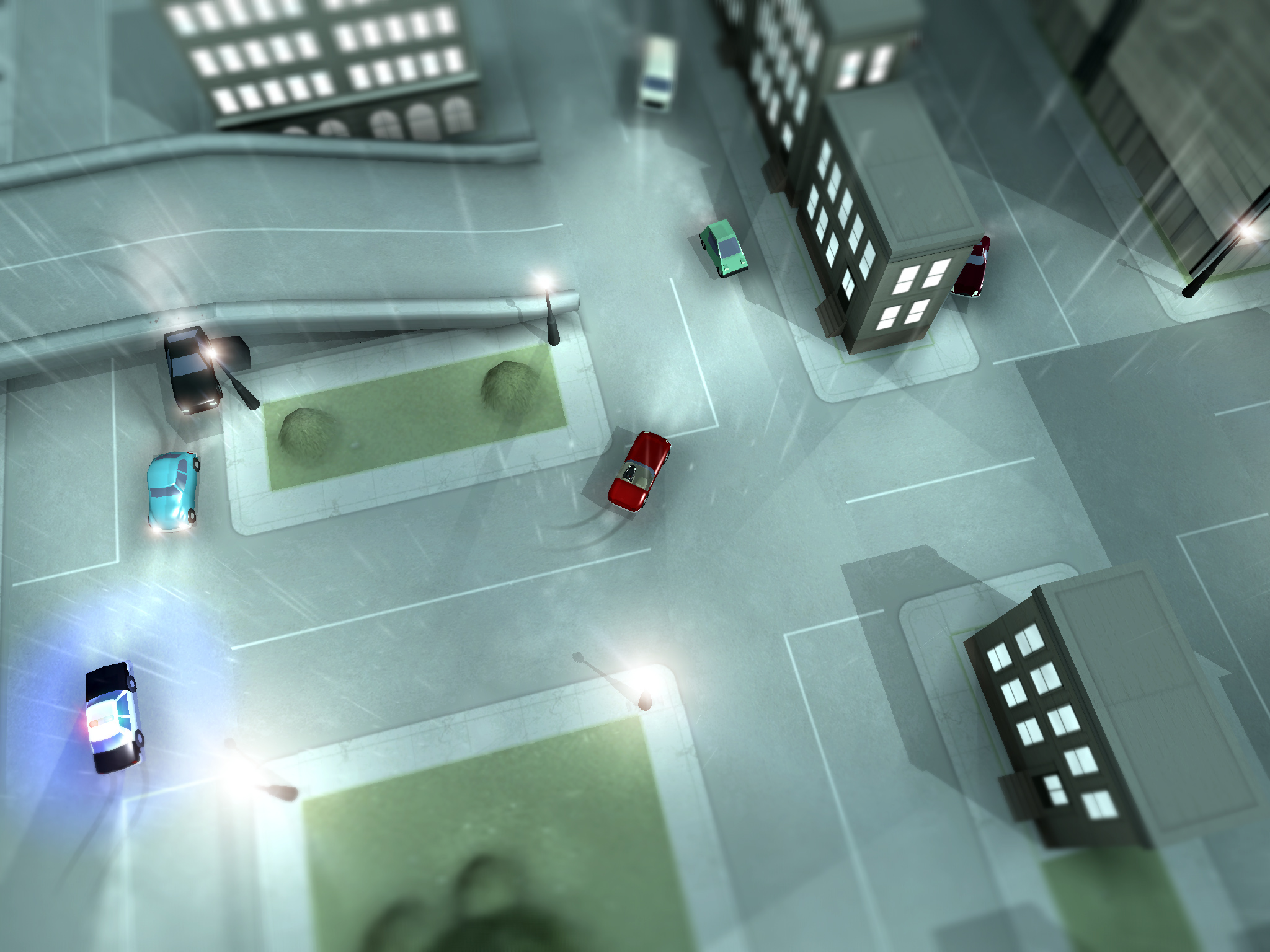 The other obstacle other than the awful driving course you’re sure to embark on is time. Scattered throughout the level are circles with numbers in them. These numbers correspond to the amount of time you’ll get after picking them up. This becomes important when you’ve completed a level and you’re moving to the next, because you don’t get any extra. If you’re able to move through the level without needing an increase that’s fine, but you won’t have one going into the next. This forces you to talk that trail less traveled and more than likely smash into the building or fall into the water, causing you to automatically restart that car’s path while losing a second along the way as penance.

Does not Commute is graphically impressive . Each area and vehicle is represented in 3D and everything has lights. While this doesn’t sound like much, it does look good. Areas look like nice maintained dioramas with constantly moving vehicles. Have an older phone and you don’t know if it can handle it? There’s even a handy slider present to change the graphical quality. 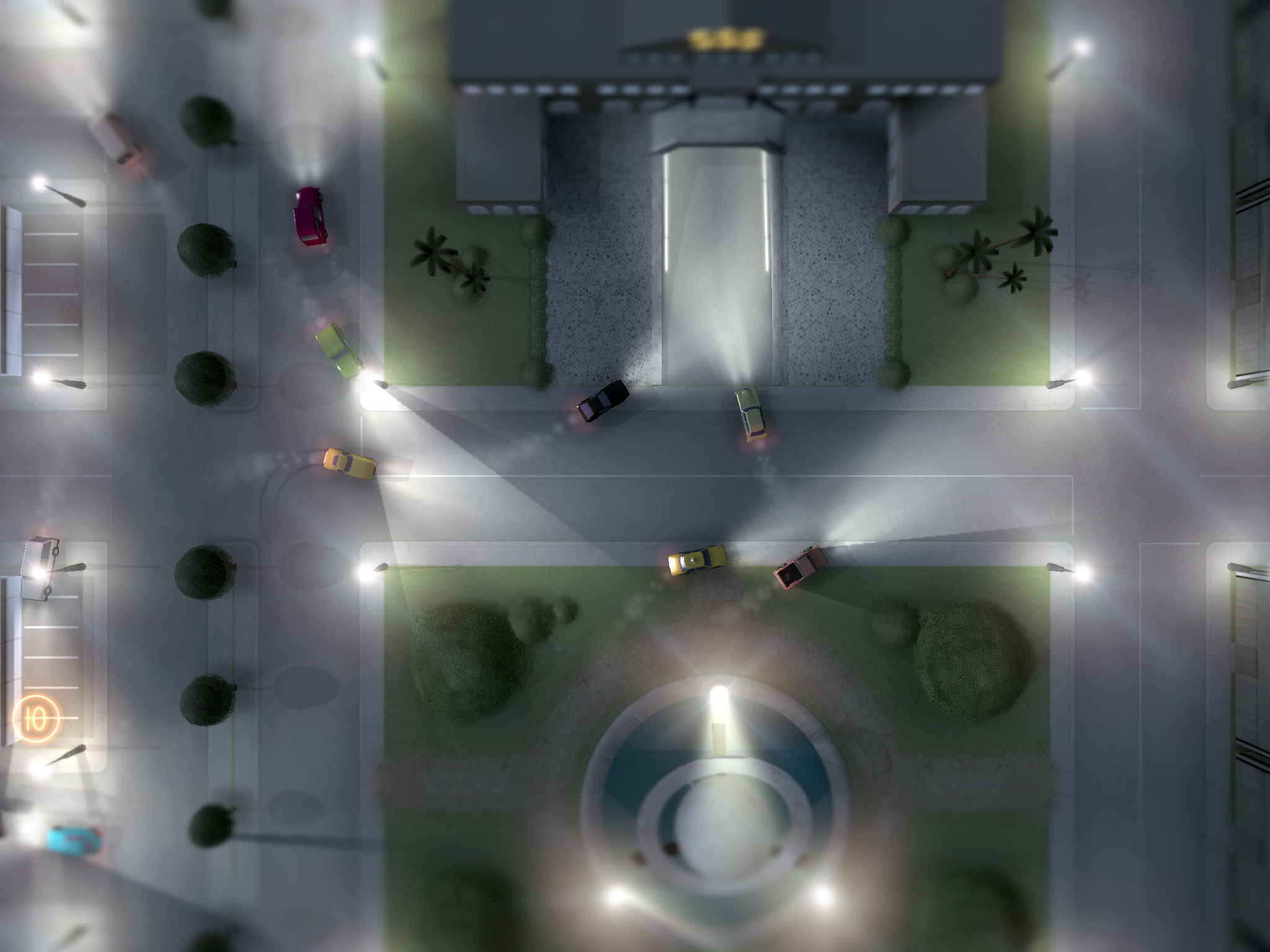 Not to be outdone are the sounds of Does not Commute. Music in the game is a nice collection of tunes that does enough to give each level a nice chill feeling. Written by Douglas Holmquist, each song sounds like it belongs doesn’t take away from the game at all. Other sounds of the game include children screaming when you hit the bus, tires screeching as you hastily round that turn, cars honking as you tightly maneuver through your previous paths and so on. This get a little crazy and the sounds help make you feel that sense of urgency.

If you’re looking for something new, Does not Commute has a lot to offer for a free game. The only drawback is that because it’s free, you don’t get sweet checkpoints allowing you to continue your playthrough. That though only costs $1.99 upgrading you to premium. You can download Does not Commute by Mediocre here for iOS and here for Android.