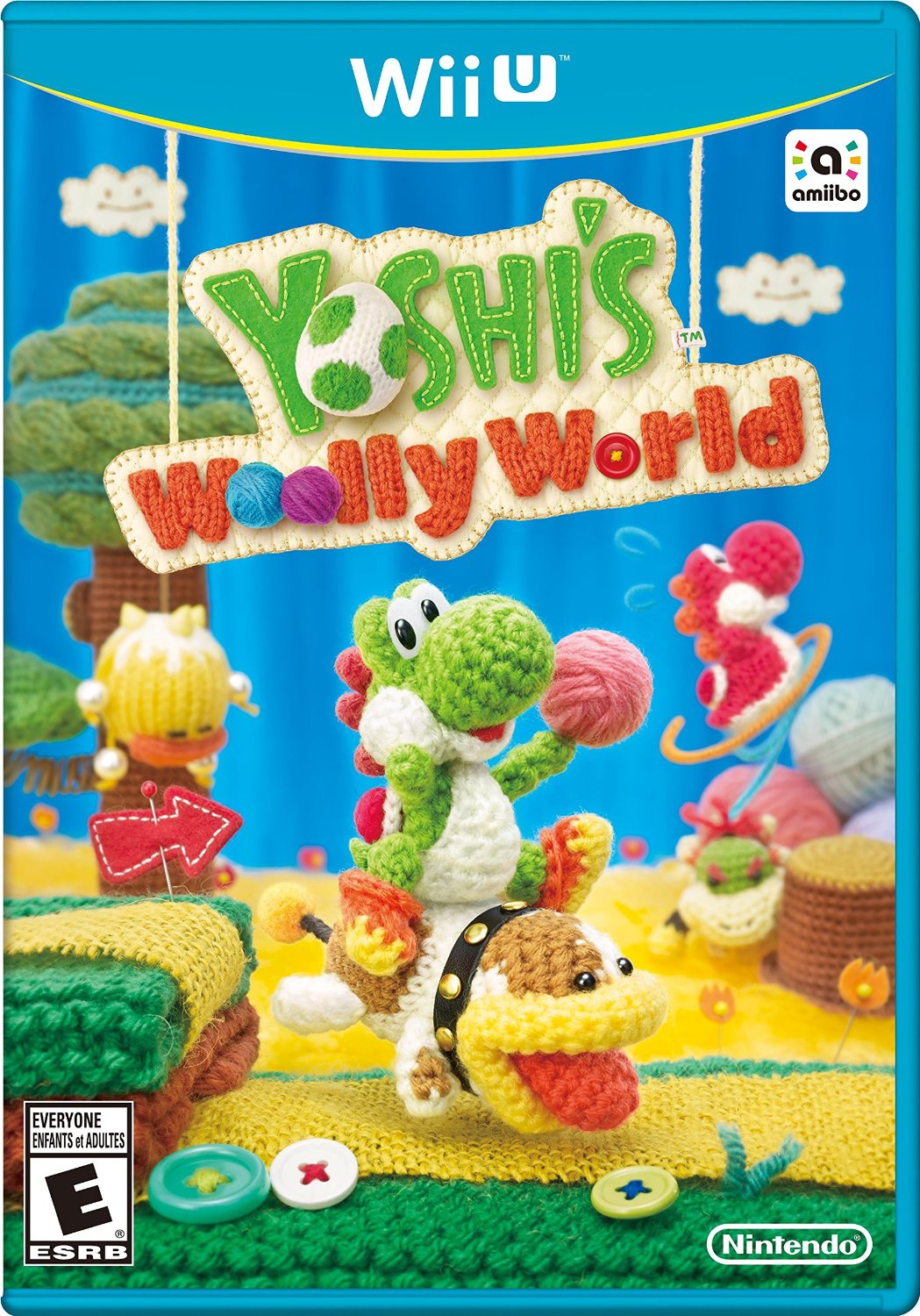 The magic of Yoshi’s Woolly World is hard to appraise without experiencing it directly. It’s visually striking, sure, and full of creative, crafty morsels, but even if you think you know what to expect when you first pick up the controller, I’d wager you’ll quickly be surprised at how much fun and happiness it’s able to offer at every turn. As the first Yoshi game on a console in over twenty years, it has a lot to live up to, but while it’s been informed by some of the best aspects of its predecessor, Yoshi’s Woolly World isn’t afraid to knit its own lovable legacy.

Nintendo has released a number of games boasting unique visual themes in the last few years, but Good-Feel’s Yoshi’s Woolly World is in a class all its own. Its knitted aesthetic bears the unrestrained creativity of a child’s craft project, made up of arbitrary combinations, re-purposed items, and ingenious ideas, and the world looks like someone just let their imagination run wild. Along with yarn, the game uses all sorts of craft room staples to construct its world; wicker, buttons, wire and knitting needles all make appearances over the course of the adventure, and it was always great to see how the designers had managed to implement familiar items in creative new ways. It all feels so lovingly handcrafted; Good-Feel has maintained such attention to detail that you can’t help but be constantly impressed and charmed by the small touches on display in every stage and screen.

Interacting with this adorable locale is one of the best parts of Yoshi’s Woolly World. Yoshi can unravel parts of stages that have loose threads, spooling the wool into a yarn ball and uncovering a new area, and wire-frame structures won’t be of any use until you throw some yarn at them and give them substance. The craft-based logic is delightful, especially when it comes to tackling the variety of enemies.  While Yoshi can unravel most of his foes with a flick of his tongue, some require a more tactful approach; a Shy Guy wielding a crochet hook can’t be dealt with until you cap its weapon with a yarn ball, yielding a satisfying ‘pop’ like corking a bottle. These small but charming details work together to make Yoshi’s Woolly World’s aesthetic feel like much more than a visual shake-up, and play a massive role in constructing and maintaining the heartwarming atmosphere. 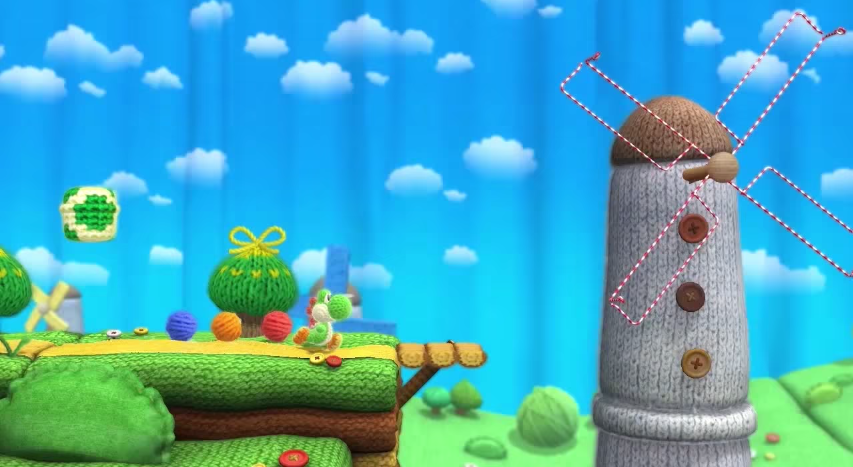 It might look unlike any of Yoshi’s past adventures, but Yoshi’s Woolly World is very much a traditional Yoshi game. Players still consume enemies, turn them into projectiles, and toss them at various obstacles and clouds. There’s still collectibles hidden high and low, and Yoshi still abuses his flutter jump. Vehicle transformations — now more adorable than ever — add short bursts of variety and unique level design, and most importantly don’t pop up too often. Poochy, Yoshi’s own adorable mount, adds yet more variety to the game’s level design and puzzles, but overall Good-Feel didn’t try to stray too far from the time-tested formula the series is founded  upon. There isn’t much new mechanically with Yoshi’s Woolly World, and for many players that will be quite alright. Yoshi fans have waited a long time for a game that boasts the same quality and ingenuity as the original, and while Yoshi’s Woolly World may never reach the same heights as its SNES predecessor, it blows it away in other less salient aspects.

Playing Yoshi’s Woolly World is calming, more so than almost any other game I’ve played in recent memory. It wraps you in its soft, plush environments and lets you just explore and enjoy, and there’s really something beautiful in that. Seeing familiar elements and enemies created within the constraints of the craft room seemed almost like a child was using what he could find to build his own Nintendo adventure, and that resourceful creativity endeared Yoshi’s Woolly World to me in an almost nostalgic fashion.

Good-Feel designed Yoshi’s Woolly World to be enjoyed, not struggled through. There’s no time limit, no lives and even an alternate difficulty setting that grants Yoshi wings. Accessibility and broad appeal has dragged down the quality of some of Yoshi’s recent excursions, but Yoshi’s Woolly World manages to find a happy balance that has plenty to offer to players of all proficiencies. The stages themselves aren’t always challenging in their core design, but players brave enough to test themselves to seek out all of the collectibles will find a significantly more difficult experience awaits them. Good-Feel makes those trinkets desirable, too; snagging all the skeins of yarn in a level will unlock a new patterned Yoshi to play as in subsequent stages, while grabbing as many gems as you can will help fund any badges you might want to apply, which grant abilities and bonuses for a single stage and often help neutralize any frustrations that may be obstructing progress. 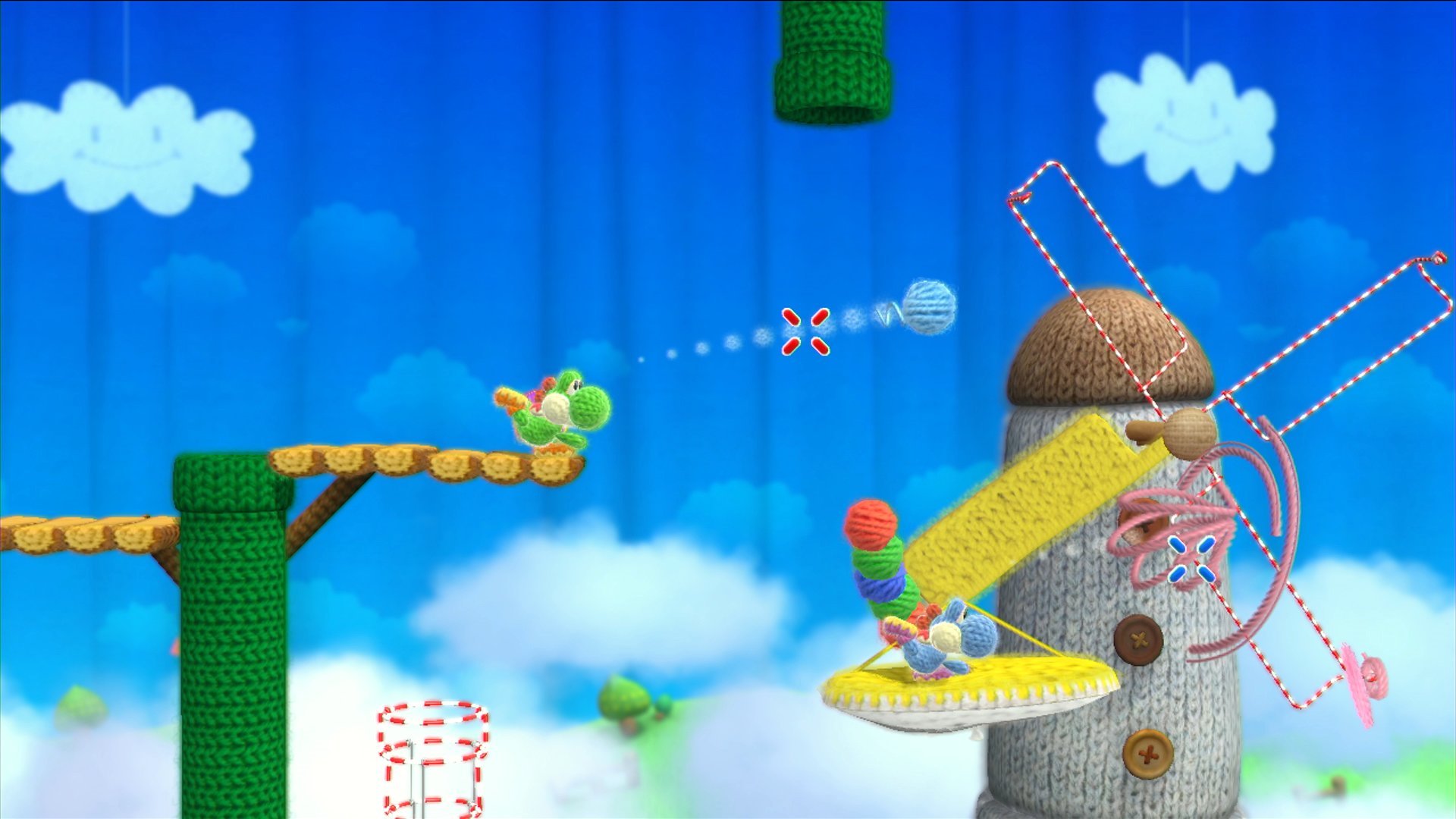 Each stage in Yoshi’s Woolly World is built around a single idea or theme, and Good-Feel shows great commitment in realizing each one both mechanically and visually; one of the best, Clawdaddy Beach, introduces yarn-skipping puzzles and sunbathing Shy Guys. They’re all solid and enjoyable, if often unremarkable, but every once in awhile Yoshi’s bespoke abilities and Woolly World’s fantastic aesthetic combine for some true platforming magic. These highs represent the best of Yoshi’s Woolly World, and while they’re not quite as frequent as one would hope, the experience as a whole remains joyful and relaxing. Much of this is due to the fantastic soundtrack, which is the most emphatic contributor to its bright personality after its visuals. Comprised of jazz, rock and tranquil acoustic pieces, the entire soundtrack is beautifully arranged, instilling the game with a cheerful, uplifting and warm atmosphere. So many tunes made me feel like a kid running through the grass in summer, amazed by life and lifted by happiness, and that powerful emotional response is arguably Yoshi’s Woolly World’s greatest success.

Yoshi’s fuzzy adventure can also be played with a partner, and like many of Nintendo’s recent multiplayer platformers, the experience frequently shifts between delightful and infuriating. You can slurp up your partner and use them as ammo, effectively providing an extra egg whenever you need it, but it’s too easy to do so accidentally, an issue that caused frustration between my partner and I as we tried to work together as equals to navigate stages and uncover their secrets. I also found myself hitting and being hit by my partner as we both tried to throw our yarn balls at various platforms and enemies on screen, which too often caused one of us to be knocked off a platform and plummet to our deaths. Good-Feel’s intent for including this friendly-fire may have been to instill a bit of humor or added challenge, and while those goals were achieved, it ended up sparking more annoyed remarks than shared laughter. With that said, however, experiencing Yoshi’s Woolly World’s best levels with a partner is fantastic fun; grasping each stage’s unique mechanics or features together offers  a great canvas for collaboration, and the moments of culmination, where a stage crescendos with a series of obstacles or a gigantic set piece, are even more exciting and memorable when experienced with another player sitting next to you. 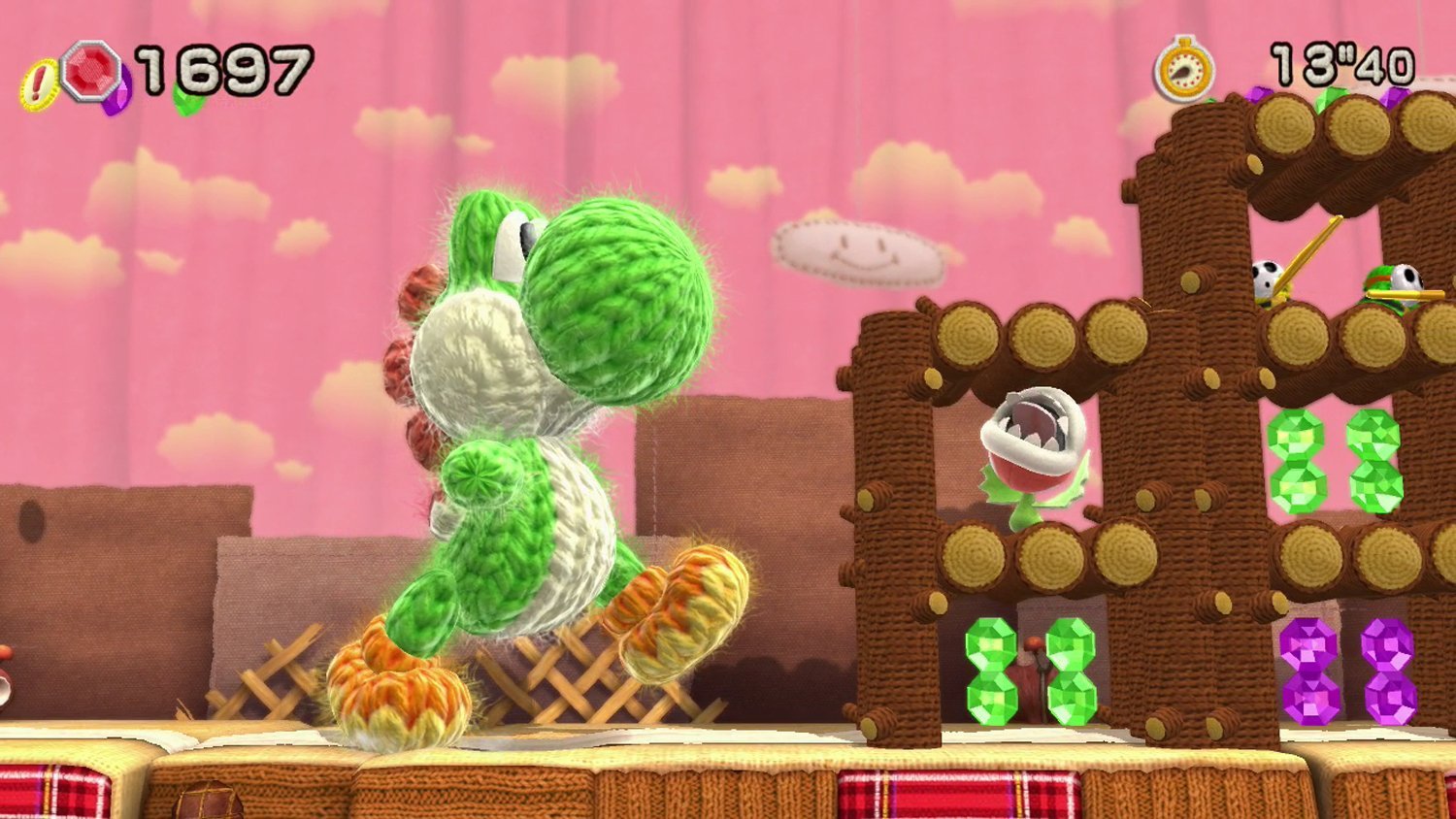 Yoshi’s Woolly World isn’t like other platforming games. It’s not even like most of Nintendo’s own platformers, and it’s important to understand that before taking the plunge. It’s a game that, while increasingly difficult, is never designed to really test the player; instead, it seeks to envelop you in soft, cozy visuals, calming, delightful music, and ceaseless, smile-inducing creativity. It’s a fantastic ride, and one of the Wii U’s very best and most unique titles. Yoshi’s Woolly World won’t suit everyone, but if you find yourself drawn towards its plush, adorable aesthetic, it might be one of the most emotionally pleasant experiences you have all year.