So, Platinum Games pretty much nailed it with last month’s release of Transformers: Devastation. The cel-shaded brawler/shooter hybrid was more awesome than a thousand Con Airs. Seriously, punching Devastator is considered a warm up for the rest of the game. The only real problem is that it is so danged short. How does Platinum expand it? Well, in a move that surprises no one, the pre-order DLC will be released for everyone available to purchase next week. Calm down, folks. Try to contain the excitement.

To be fair, the skins aren’t the worst choices for release. Nemesis Prime makes an appearance with a Dark Star Saber in tow. Red Alert shows up, bringing with him a photon disruptor. Finally, Bumblebee gets a Goldfire skin along with a Golden Hunter Weapon. 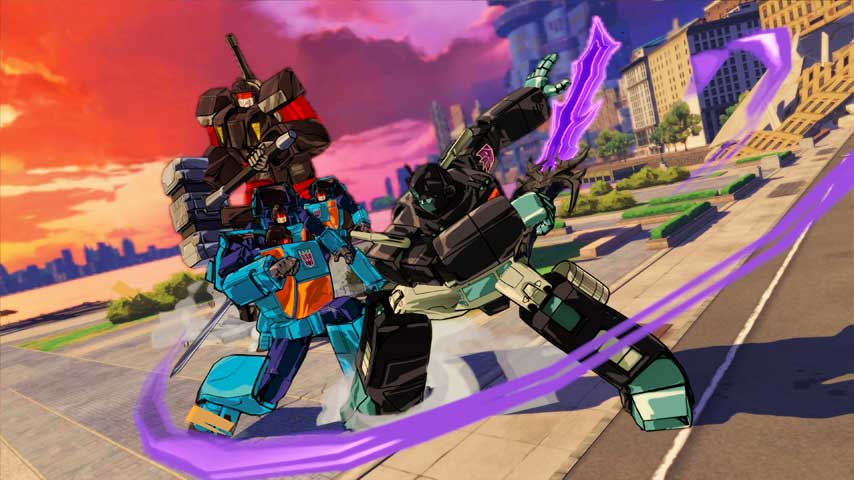 Speaking as a bonafide Transformers nerd, complete with an Autobot shield tattoo and everything, it’s surprising that I didn’t pre-order this one. There was something about this that made me nervous. With that, I missed out on these extras. Depending on the price, I might go in. What I really want, though, is something more robust. More challenge missions and being able to play Decepticon story missions would be nice.