Not since his reappearance at E3 2015 have we gotten any word on Lucas’ amiibo. We got teased with a few images in October but thanks to today’s Nintendo Direct, we’re finally able to announce a release date window. According to the livestream, Lucas will be available January 22. If this changes at all, we’ll be sure to let you know.

Lucas amiibo figures will be compatible with Super Smash Bros. for Wii U and 3DS systems. We waited a long time for him to come back to Smash Bros., so we can hopefully hold out another two months. Visit the official amiibo website to learn more. 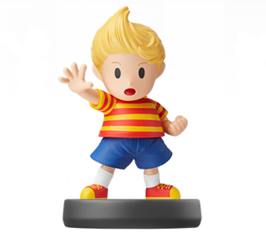