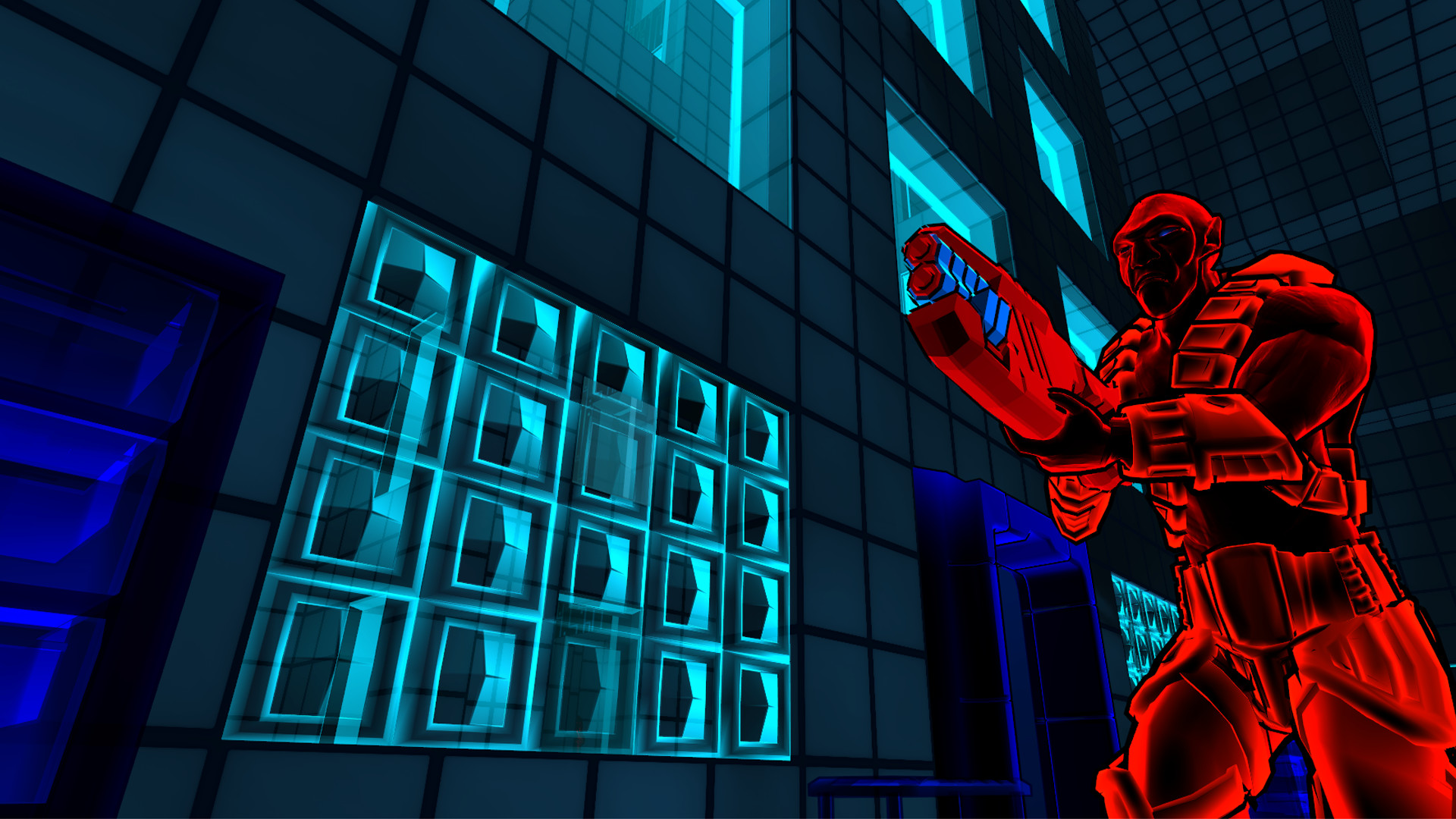 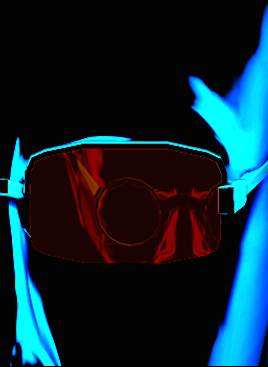 “Play it how you want” — the first bold claim offered by way of the official description to Deep Fried Enterprises’ stealth-based first-person shooter, ROOT. This is neither an expansive open-World nor a sandbox that demands player ingenuity and creative flair, though, so while the statement might run the risk of sounding moot, there’s at least some truth to the notion. Even some of the best first-person focused espionage-orientated releases (Deus Ex quickly comes to mind) were built around a similar, albeit restricted, structure of asking players which method, of those available, was their preferred play-style. ROOT — though swapping out the dystopian setting for a more cyberpunk-esque virtual reality — is no different in its initial concept. Beyond its premise, though, things start to deviate ever so drastically.

Players take the role of Edward Summerton, an expert hacker whose aim is to break into the security systems of one of the World’s most powerful and (as is so often the case), corrupt organizations. If you think this all sounds a bit recently familiar, I’m going to have to stop you there and say…yes, this does appear to follow along the same lines as Mike Bithell’s Volume released earlier this year — the major difference here being the perspective and the fact you can fight back. Gameplay choice comes in the form of two — and only two — paths when tackling the art of take-down: lethal and loud, or non-lethal and silent. From the start you’re equipped with a baton which, used precisely, can knock out the myriad of armed and sentry-based systems dotted about each of the game’s ‘floors’. But if you decide/prefer to go in loud, you’ll find progressing through the game will offer you anything from laser-style handguns to shotguns, at your disposal.

Like the World itself, weapons and items are relatively simplistic in design – reflecting the polygonal, geometric design of the levels themselves. While weapons may have the excuse of coming off minimal to reflect the simulated appearance of a security breach, the levels themselves don’t quite receive much the same pass. Coupled with your character’s locked speed of movement and the abundance of ninety-degree, sharp-cornered rooms and corridors, levels can tend to offer little in the way of personality and interesting experimentation. Tiny props and throwable objects do litter the environments and the translucency of office desks or walls — and the fact you can barely make out guards is a nice touch — but aside from a means of distracting nearby guards, there’s little reason to even use these objects. Their very existence passive at best, ignored more often than not. 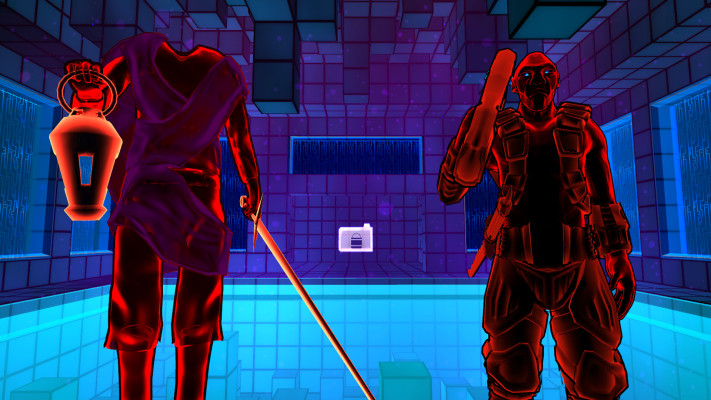 An occasional use of an air vent to circumnavigate around a rather tricky affair makes for some genuine, if short-lived, intrigue. Taking the stealthy approach, to that effect, is often more rewarding and given the under-equipped nature of your player-character when faced against this visual representation of a security system, there’s definitely satisfaction to be had when choosing not to go in guns blazing and avoiding enemies evidently better equipped than yourself. More so given damage taken by enemy fire costs you severely, in a matter of seconds you could be looking up at the ceiling with the ‘connection terminated’ status flashing up.

What’s more, given the lack of health items or even items in general (aside from weapon ammunition and the occasional access rights that are required to bypass security clearance), levels already — from the outset — pose an almighty and challenging affair. More so when you take into account the lack of any form of checkpoint system beside the mandatory beginning of levels. This wouldn’t cause so much a predicament had the presence of challenge and difficulty not pose such an unbalanced state of affairs as it so often does in ROOT. Be it enemy AI that can spot you from around corners or even behind cover, a lack of an overhead map, having to restart levels from the very beginning — and subsequently forcing you to redo the whole affair over again — forced arrangements such as this get annoying very quickly. 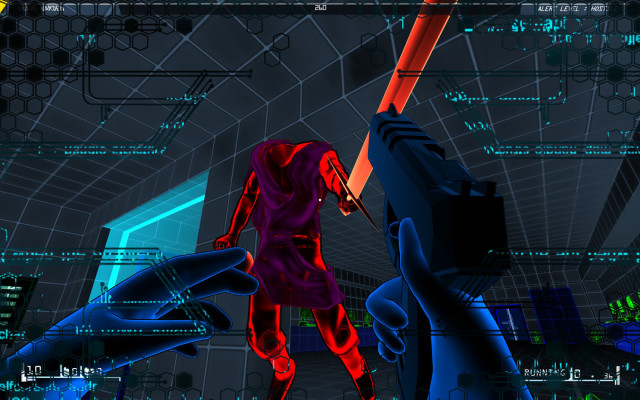 In one instance, you’ll find yourself (likely out of desperation in finding said levels’ required number of ‘keys’) engaging what’s dubbed a ’Spectre’, a kind of mini-boss styled enemy that’s both agile in its attacks (peculiarly random with its hit mark success it has to be said) and carrying an abundance of health you need to chip away at. Die, either here or anywhere else in the level, and you’ll have to re-do the fight along with anything else you’d triumphed over. And that’s not including the poorly-scripted ‘vacate from the room’ segments that will throw an alerted guard into the mix at times…or won’t, as the case may be. At times like this, ROOT can be so unfathomable in how it its pre-planned parameter of difficulty performs, progression can grind to such a halt, you can’t help but shift your play style to that of an anxiety-ridden snail. It’s here where the game quickly dissipates and drains any and all appeal it may garner.

Some mechanics such as the ability to peak around corners and hide in air vents do alleviate some of the frustration, especially mid-flow when in a heightened state of alert. But aside from this slight tangible deviation in its design, most of ROOT’s levels — both in progression as well as reacting to the player’s moves — feel majorly underdeveloped. What’s more, the fact they appear stretched out solely for the sake of game length, it’s hard to feel invested when so many personal disadvantages obstruct your way and are hurled in your direction at any and all likely moments. 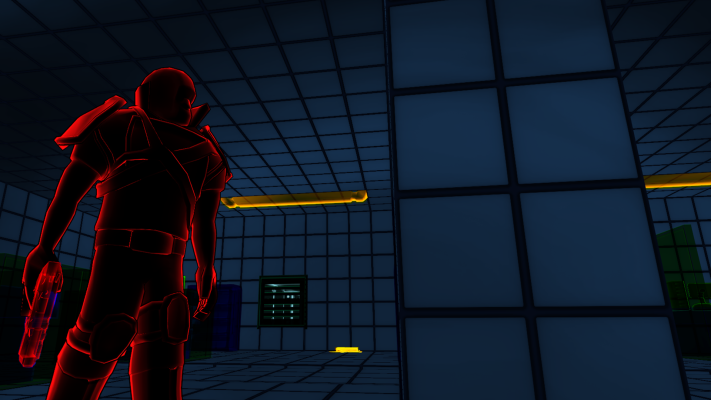 Pitting the player’s wit against a changing set of circumstances is a fun and exhilarating experience on paper, but ROOT makes too many wrong decisions in executing this mechanic that it’s hard not to see the majority of its level-by-level progression as anything but malnourished of some much-needed player-support. Be it the lack of checkpoints, lack of salvageable health, lack of difficulty balancing; there’s not even the ability to reload your weapon. Though its glossy, chrome-like appearance may feel slick visually, the majority of ROOT’s gameplay unfortunately comes off a mere cheap imitation of past greats in the first-person stealth format. Obvious hearkening to the likes of Deus Ex, Thief & Dishonored aside, Deep Fried Enterprises’ [equivalent to a] vision of a highly-secured system may just end up feeling a little too sparse for its own good. Play it how you want? Not quite, I’m afraid.