Back in the early days of the Kickstarter rush, a game called The Dead Linger pulled in $154,968 to bring its vision of open-world zombie survival to life. 4,218 people donated to the cause, although after subtracting the lower tiers the number gets adjusted to 3,965 backers who received the game. For the last three and a half years, Sandswept Studios has been plugging away, migrating The Dead Linger from a custom engine to Unity 3 and eventually doing a design overhaul to make it fit in the Unreal engine.  As of last week, though, the studio announced on its blog that it’s had to make the unpleasant choice to throw in the towel. The Dead Linger has become another unfortunate casualty of too much ambition funded by enthusiastic backers who won’t be getting what they paid for, but speaking as a backer, I can’t fault the studio for trying.

The Dead Linger’s scope was always worryingly large. It was initially billed as a randomized open-world zombie survival game where the player could go anywhere, scavenging for supplies while being constantly hounded by the voracious undead. The world would be procedurally generated, from landscape to buildings and roads, with the food and weapons necessary for survival only found by rooting through the remains of civilization. Initially, the world was to be functionally infinite, although from a practical perspective you could reach the end if all you did was walk for a few years. 25,000 km square is far bigger than anyone was likely to ever reach the limits of, and in the end it was unfeasibly large due to the change from Unity to Unreal.  It was still a giant map, 360 square kilometers, but with the broad strokes predefined while the smaller details were still randomized.  Progress was steady but with two engine changes and a need to redefine the game world it took far longer than initially anticipated.  Couple that with the Kickstarter funds drying up long ago and Early Access not covering the month-to-month development costs and The Dead Linger was doomed. 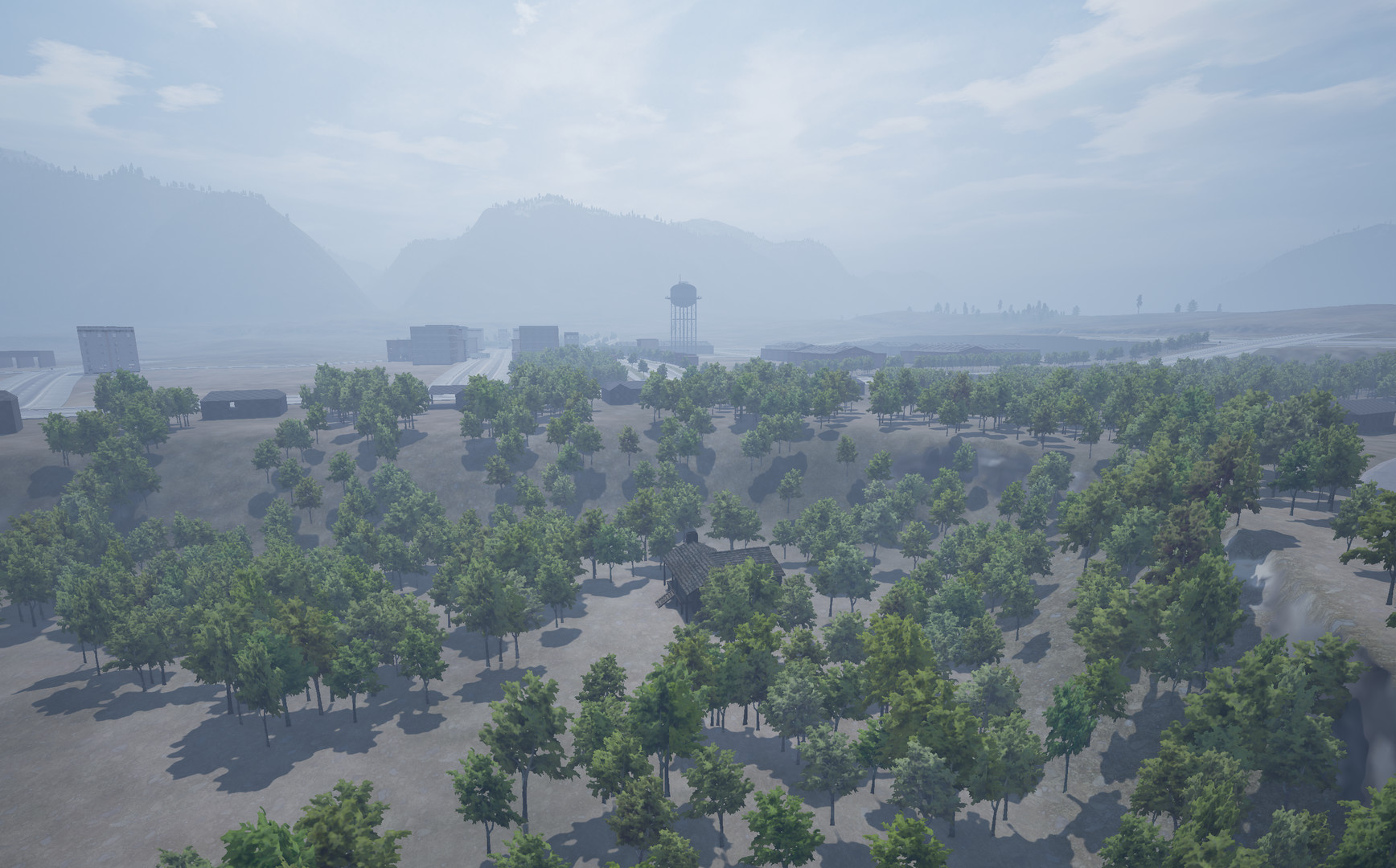 Unlike other notable Kickstarter failures (see Neal Stephenson’s Clang) I simply have no way to be angry at Sandswept Studios. First and foremost, the developers have always been good about communication. The week by week update information and an active voice in their forums kept anyone interested fully informed of the developer’s plans. An thorough roadmap at the Sandswept Studios site blocked off the updates into manageable chunks, with features small and large slotted into space and, for the most part, updated regularly.  Frequent game updates added and improved features throughout The Dead Linger’s long development lifespan, and if a lot of it was reinventing the wheel at least it got reinveinted somewhat prettier. Sandswept kept at this for years, far longer than would make any kind of business sense, chipping away at a task that eventually became clear was far too big to handle. This isn’t the action of a studio out to rip people off.

The result is more sad than angering, although the Steam reviews are filled with people who are (more than reasonably) upset their money and faith hit a brick wall.  It’s frustrating for everyone to see things fall apart, and “…but the developers never abandoned their community” is cold comfort.  The Dead Linger is still on Early Access, with its price slashed to $5 and technically on hold rather than canceled.  It won’t get the Spacebase DF-9 treatment, with a quick bow put on top and kicked into Finished status, because it’s not done and seems unlikely it ever will be.  There may be a few bug fixes, but Sandswept’s main focus for the future has to be a project they can complete, rather than one that will shutter the company. 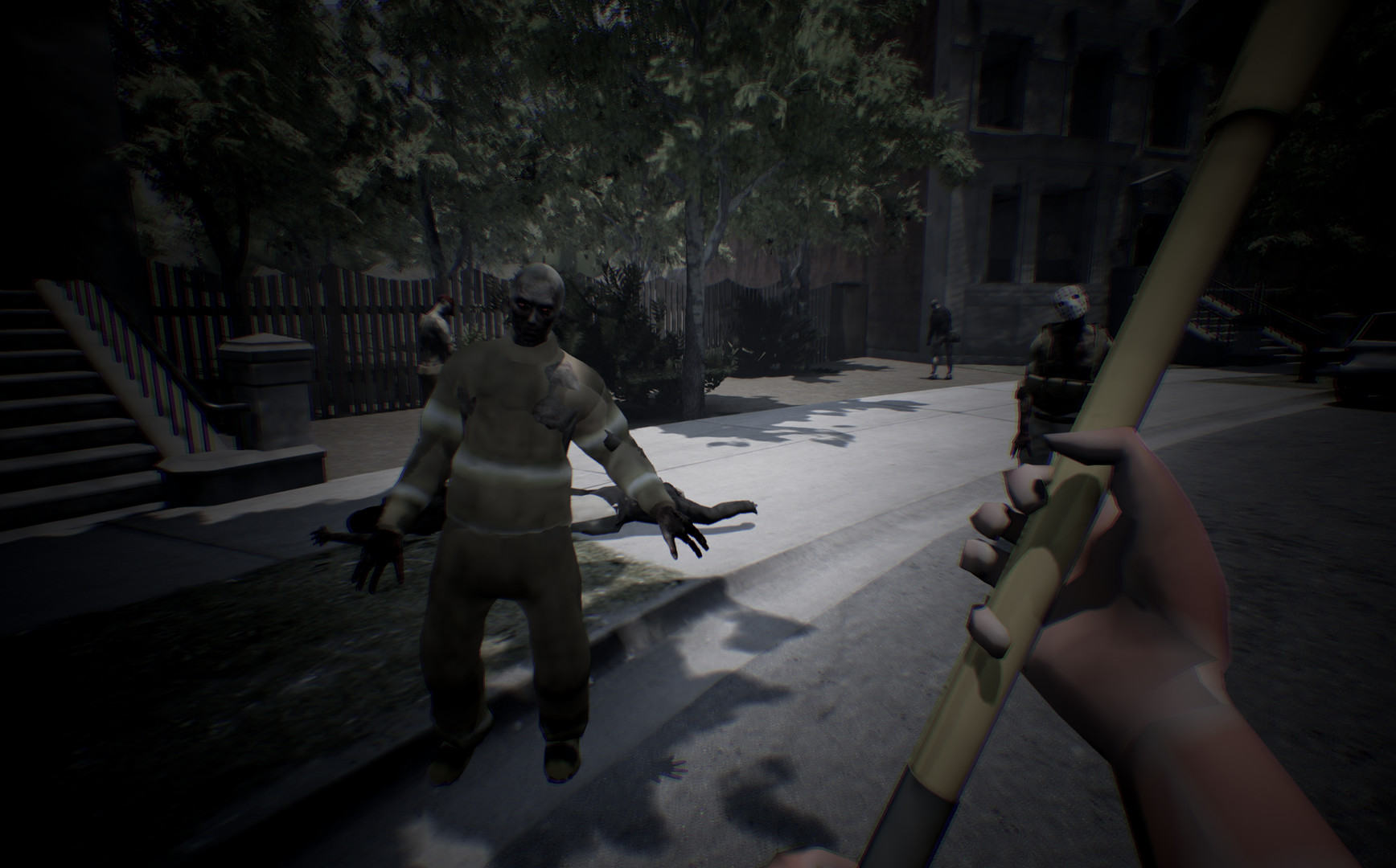 A long time ago I described The Dead Linger as “endearingly terrible”, and the state of the game today hasn’t changed that view any.  It’s still in alpha for a reason, and that reason is because there’s bugs and incomplete content everywhere.  Buildings aren’t anchored to the ground properly, walls become see-through on when viewed from the inside, doorways can spawn with two doors in one frame, you can’t rebind the keys, etc.  The basic framework for a decent open-world zombie survival game is there, but the sheer volume of work to change the game in its current state into its final vision is staggeringly huge.  With a couple of years of fully-funded development, maybe The Dead Linger could become what it dreamed of being, but that’s a long way off and the money is gone, so I’m afraid “endearingly terrible” is the best I can give it.  In the end, seeing as I wasn’t playing it for any other reason than my own personal entertainment, I think I played three to four hours total.

As for the future of Sandswept Studios, I honestly hope they can recover from this.  The situation with The Dead Linger sucks, no two ways around it, but not at “leave this industry and never come back!” levels.  The writing would have been on the sales-wall a few months after Early Access started and yet they kept at it for two more years.  That’s an impressive level of determination and it would be nice to see what they could create today without lugging The Dead Linger around behind them.  Maybe it will be great and maybe it will be crap, but at the very least it will have been created by an incredibly persistent development studio.