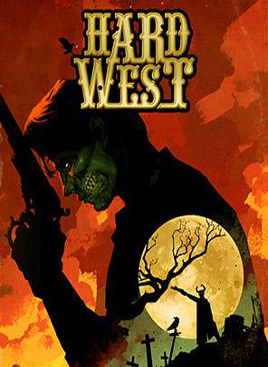 Quick: name ten great video games with an Old West setting. Not impossible, but a little hard to do. Seems like for every hundred sci-fi shooters, high fantasy RPGs or modern warfare simulations, there’s maybe one game about that iconic American period. It’s hard to understand the neglect. After all, the Old West was a time — at least in the popular imagination — of clear cut heroes and villains, brutal weapons and haunted landscapes. Maybe the Borderlands and Fallouts and Wastelands of the world have made the frontier Western irrelevant.

Perhaps the best thing about Creative Forge Games’ Hard West is that it isn’t just another sci-fi fantasy game, but takes a cue from the turn-based strategy of XCOM and transposes it to the Old West, adding supernatural elements into the mix. It does a better than decent job at both the setting and the strategic encounters, only really misfiring when it comes to the bigger picture story that drives the game. Hard West, like so many classic Westerns, begins as a tale of retribution and unwilling heroism as the lead character, Warren, journeys with his father to rescue his mother, and then avenge her death. Washouts from the Oregon Trail, Warren and company must scrabble together a living mining for gold as they move deeper and deeper into encounters that turn literally more and more monstrous. Along the way the core group picks up allies and minor characters add their story arcs to the stew.

The broad strokes of the story are conveyed through the mechanic of moving around an overworld map spotted with locations for the player to visit, places like mines and saloons, trading posts and country churches, and outlaw outposts. At each location there is a menu of choices: leave, go deeper into the mine, pay for information, etc. Often at least one of the choices will require enough cash that the player will need to head into the mines to earn gold, or barter at the trading post. At frequent intervals one of the choices will result in a conflict or some sort of enemy encounter, and then the game switches to turn-based combat, which is the potatoes and gravy of the game. The overworld story isn’t terrible, just sometimes a little dishonest. It’s one of those games that seems to give the player choices when in fact it doesn’t. Are you supposed to meet your new love interest Francis? The game will make you circle back to that option even if you don’t head there willingly. 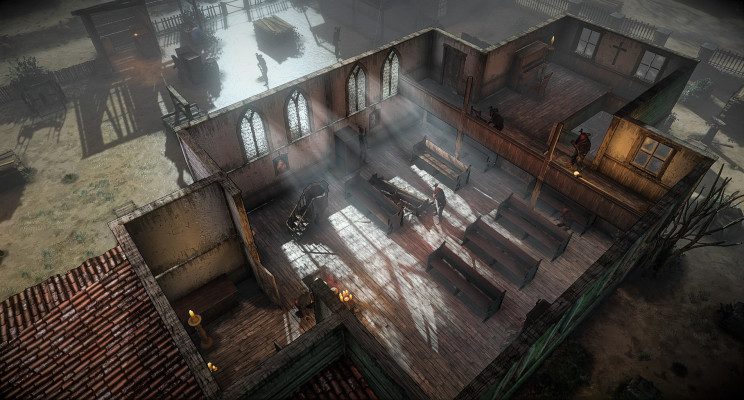 For each skirmish, the player may choose up to four characters and each character can be equipped from a common pool of weapons, clothing (armor), consumables (things like healing herbs and potions that increase speed or luck), and magical charms or amulets. There is a collectible card game element as well, and each character may carry a hand of cards, which are basically passive buffs or special abilities, including some really gruesome ones like cannibalism.

While this pre-encounter preparation certainly requires some careful thought and planning, once the fight begins things become much more tactically complex and interesting. As in most turn based strategy games, characters have a limited number of action points which can be used for moving, firing a weapon, reloading, or using “spells” like healing. Weapons can have two or three special attacks — like fanning a pistol for a wider series of targets — and the game’s cover system is more nuanced than in many games. Permeable materials such as canvas can be penetrated by gunfire and many weapons can shoot through walls. 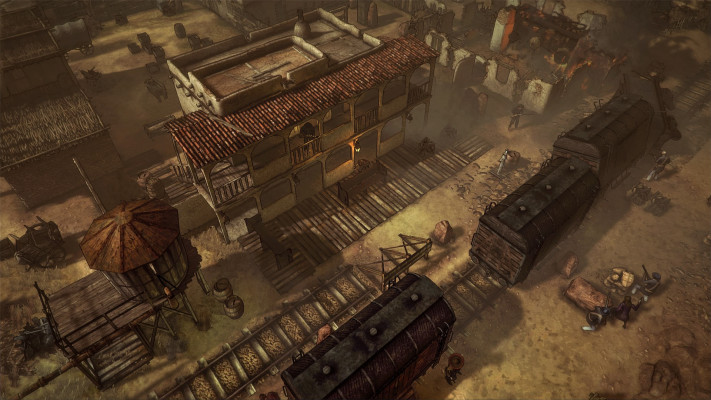 Characters have two important, interacting stats: health and luck. Luck powers special weapons and abilities and influences the success of normal shots. Luck actually increases when the player is wounded, even while health declines, giving the next returning shot a better chance at landing.  Using cover appropriately will give a boost to both luck and health. It’s an interesting and fun mechanic. Like XCOM, the game is tough and characters don’t come back when they die. When main story characters die in Ironman Mode, the whole shebang ends in roguelike fashion. There are many ways to successfully complete the missions, giving the game a great shot a replayability.

In terms of visual panache, atmosphere and presentation, Hard West has a hand-painted look that absolutely nails the familiar and iconic Wild Old West. The over world map is functional, bland and lacks detail but the strategic encounters are played out on beautifully made stages, with appropriately unsettling and lonesome-sounding music by Polish composer Marcin Przybylowicz (The Witcher 3: The Wild Hunt). Moment to moment, the voice work and narration — by Death himself –are well done, with a fitting and sardonic tone. Taken as a whole, some of the story’s supernatural elements push the game in ill-fitting directions. This would have been a great straight up Western without getting zombies or otherwordlies involved. 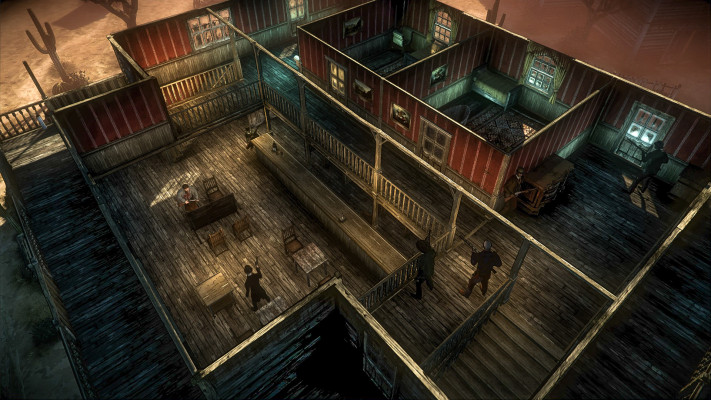 If everything about Hard West was as great as its combat and strategic layer, it would easily sit near the top of a list of memorable Old West-themed games. Take away the cowboy costumes and it’s still an excellent turn-based game with some clever mechanics to mess with. A kind of bland overworld game experience combined with a hokey story arc bring Hard West down just a couple of notches. Still, it’s a Western, and a great turn based strategy game, and we need more of both.