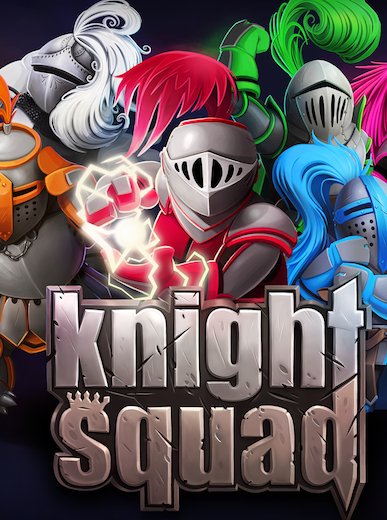 With its top-down perspective and reflex-based microduels, Knight Squad brings to mind the purest, most egalitarian fighting game of all time. Just like with Atari’s perennially addictive Boxing, the difference between success and failure in Chainsawesome’s latest is measured in terms of each player’s ability to punctuate the constant footwork for positioning with split-second attacks and execute them with perfect accuracy – not a pixel to the left, nor one to the right.

Brief bursts of competitive multiplayer chaos are the indie flavor of the year and with, otherwise competently designed, titles like Porcunipine and Dungeon League stubbornly confining their fights to a single couch, it’s at least refreshing that Knight Squad has been built from the ground up to accommodate those looking to take their belligerent tendencies online. The crux of the game lies in an assortment of short, single-screen match types that are best described as Bomberman gone medieval. Most of the time, the objective is to simply use whatever powerup you’re either fast or lucky enough to obtain (including bouncing buzzsaw blades and chain-striking lightning beams) in order to slaughter the opposition. In some cases it’s to perform other tasks, like controlling a specific position or scoring a goal with an oversized football, most of which are, in general, better served by slaughtering the opposition.

It sounds like a simple premise but, as with all similar games, it’s not. Reading an opponent’s moves, anticipating their attacks and responding to their plans before they even have the time to realize them, make for an experience whose strategic depth is not defined by a set of rather rudimentary mechanics, but by the ingenuity of the human minds at work behind each controller. Thus, even a vanilla match type like Last Man Standing turns into an exciting battle of wits as well as reflexes. Squad-based modes, such as the classic Capture the Flag or the MOBA-inspired Crystal Rush, are even more complex affairs, requiring sudden shifts in tactics when, for example, one player grabs the enemy flag and the rest of the team has to defend their, now slower-moving, teammate from the oncoming onslaught. 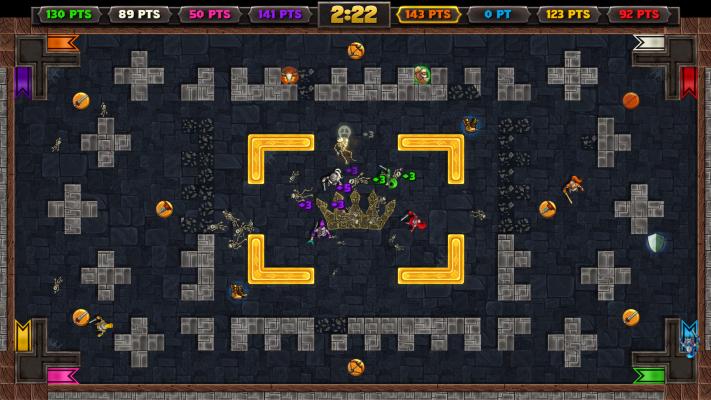 Most match-types are variations on the popular deathmatch and domination concepts where score is calculated based on number of kills and zone control, but it’s two of the more original ideas that stand out and seem, so far, to be the most popular among the player base. The first, Juggernaut, sees players rushing to grab a single, ridiculously powerful minigun, at which point the lucky carrier becomes the target for everyone else, trying to take them down and claim the weapon for themselves. Soccer, the quirkier of the two, is fairly self-explanatory: two teams using simple physics try to push a huge boulder-like ball into the opposing team’s goal. The knights’ fast movement speed and the constant maneuvering needed to avoid attacks significantly, however, complicate the effort of retaining any sort of control over the ball and the ensuing pandemonium is often infuriating and hilarious in equal measure.

This excellent framework for an immediate, enjoyable online experience is unfortunately let down by an unreliable netcode whose issues have been plaguing Knight Squad since its release. Matchmaking operates on a whim, frequently crashing out of the game or getting stuck mid-search leaving no other option but to reload the game. When it does manage to find a match it works like a charm but, this typically takes several attempts and, more often than not, a couple of reloads. The leaderboards purportedly attached to the single-player challenges, on the other hand, are more consistent: they fail to connect almost invariably. It’s almost like the netcode team up and left at some point, leaving the game unfinished. 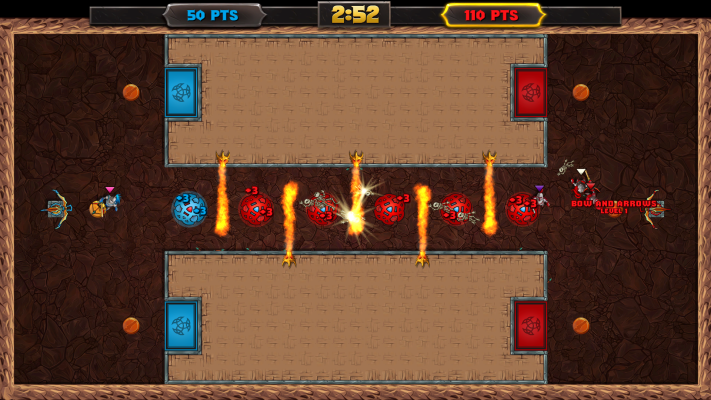 This air of general sloppiness, of an enthusiastic effort abruptly abandoned, is not restricted to the online component. The aforementioned challenges are, in theory, a useful way to extend Knight Squad’s appeal to the solo player, an attempt, like in the Trials series, to transplant a set of core mechanics to a series of different contexts and mess around with the results. Yet, not only do they come off as uninspired and repetitive (most of them are just about finding ways to destroy more exotic types of enemies) but they lack instructions, and sometimes even basic feedback, to let players know they’re doing the right thing.

In the worst of an ugly bunch, you have to fight four gigantic worms with glowing tails. These creatures, except for a brief pause when hit in the right spot, give no other indication that they’re hurt or any general suggestion of player progress – and they do require a lot of hits to die. Achievements are similarly half-baked: there are a couple of fun, inventive ones for the laser gun and the boomerang, but, inexplicably, none for the other weapons. 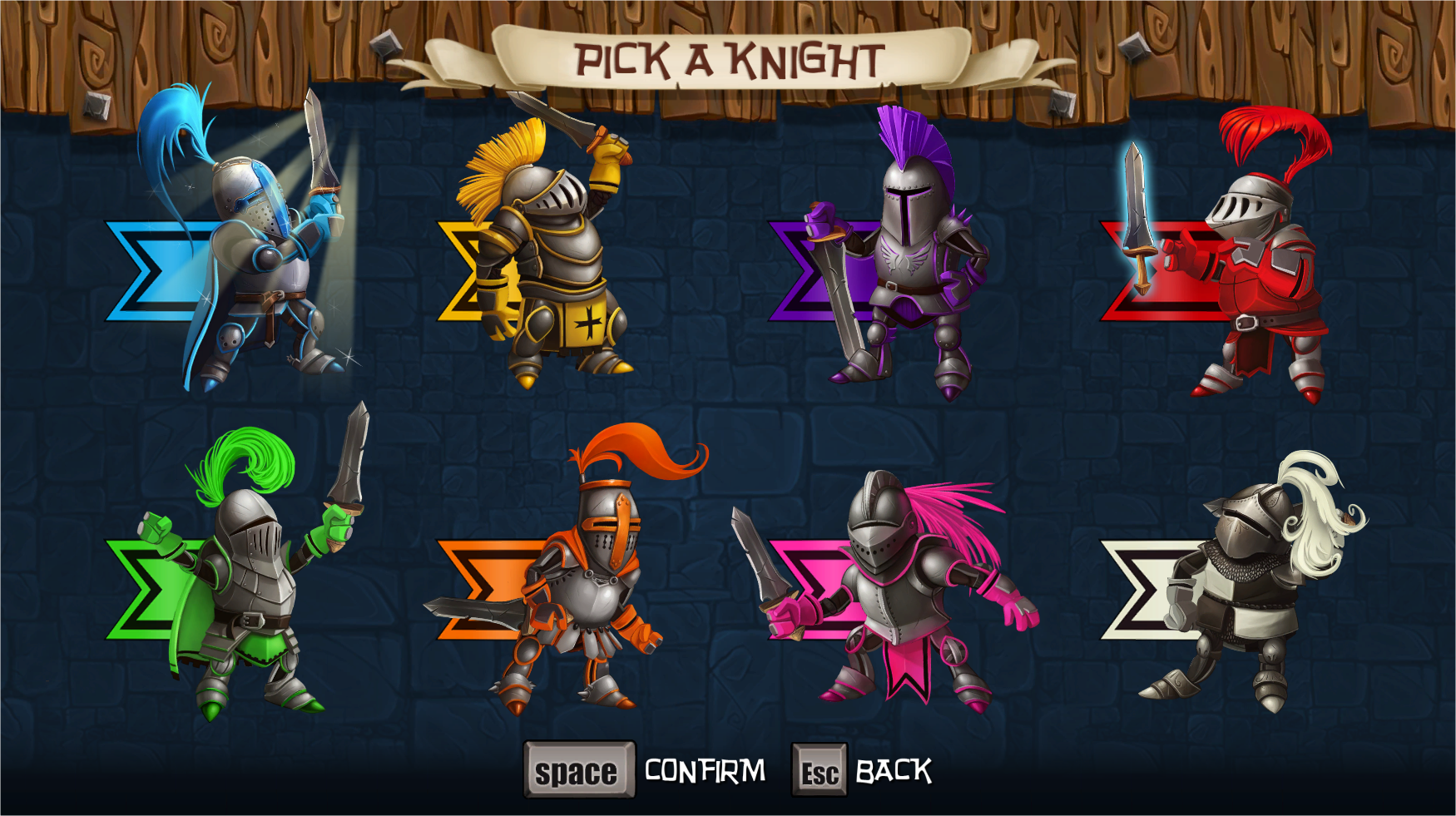 Judging a primarily multiplayer title always comes with a caveat. Chainsawesome has developed a game of excellent fundamentals that, under ideal conditions, could provide endless hours of fast-paced, chaotic fun. The lack of meaningful content for the single player is not a major issue – this is not a title meant for gaming’s recluses. With already shaky matchmaking, and the chances of regularly rounding up four or five spare Xbox controllers (let alone willing playmates) in the same living room rather slim, however, some of Knight Squad’s potential is sadly squandered.