The is no lack of solid action RPGs for the PC, but one that might have missed your attention — at least in part thanks to its silly-sounding title — is Victor Vran from Haemimont Games, a developer more widely known for strategy games like Tropico 4 and 5. Victor Vran officially released in July 2015 after being an early access title for over six months, and the game currently for sale on Steam includes all the game’s subsequent DLC and bonus content. 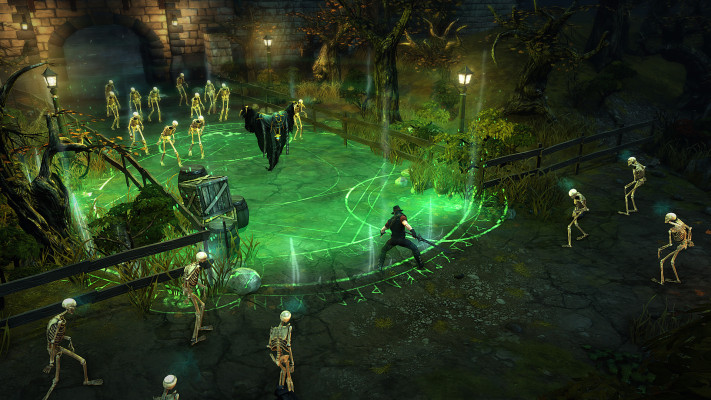 Like most ARPGs, Victor Vran focuses on combat, exploration, character and ability development, and finding loot. There is only one playable character — the eponymous Van himself — but the ability to tweak Van’s weapons, armor, spells, and abilities is as deep as any game in the genre. The RPG element du jour — collectable cards — provide passive abilities and buffs, and weapon combos with regular and special attacks provide a lot of variety in the combat. 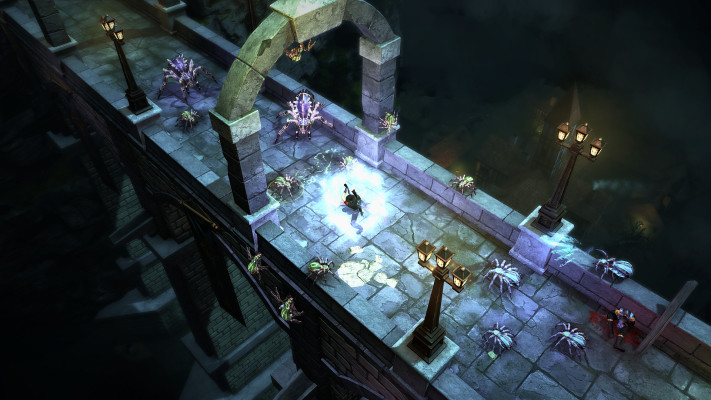 Victor Vran was a little ahead of the curve in opting for a “high fantasy meets Steampunk” art style and the game’s levels and environments are visually diverse and well laid out. Enemies consist of a kind of banal assortment of giant spiders, mages, monsters, and skeleton soldiers but Vran‘s big combat hook is to throw seemingly insurmountably huge numbers of enemies at the player, or players, as the game supports co-op as well as PvP play. For a mid-tier title, Victor Vran is surprisingly well acted and the musical score by George Strezov takes the Diablo-esque strings and acoustic guitar and expands its palette.

Fun and fast paced action, lots of interesting weapons and magic, a lengthy campaign and wealth of multiplayer options: Victor Vran is a game that flew under the radar, but is worth picking up for fans of the genre.