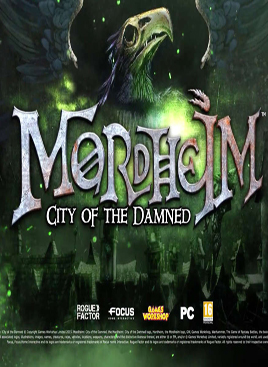 Mordheim: City of the Damned

Mordheim: City of the Damned is a turn and squad based action RPG from the Warhammer universe. There are many Warhammer sequels, spin offs, reboots and re-imaginings — including the recent Bloodbowl 2 on consoles — but this particular product is based on a discontinued 1999 tabletop game, if you care, and many fans probably do. There’s no getting around the fact that Mordheim is a difficult game to understand and love, but once you play enough of it, the systems become clearer and the squad members take on personalities.

The fantasy-medieval and morally corrupt city of Mordheim has been impacted by that omen-iest of apocalyptic omens, a comet, and in its wake mysterious and magical green Wyrdstone appears. Everyone in Mordheim — from the human traders to the dark magic cults — wants the Wyrdstone for their own, selfish ends. The basic gameplay of Mordheim is simple enough in concept: gather a band of mercenaries and scour the city for Wyrdstone, while fighting opposing factions. Squads can have between four and ten fighters, and of course the meaty meta game is how skillfully one can balance and develop each character’s skills and abilities.

The game alternates between story missions and random skirmishes, and both types have a main and sometimes several secondary objectives, assuring that each mission will be both challenging and unpredictable. Battles are staged in various locations across and under the crumbling and decrepit city. One mission might involve gathering explosive powder kegs and another might simply require the squad to intimidate the enemy. Although building types remain consistent, skirmishes take place on randomly generated maps from within the city.  As in most turn-based action games, each character has a limited number of action points to spend in movement, healing, or fighting, with the camera snapping between squad members as they complete their turns. Unlike some games in the genre, there is a wide variety of movement types, including jumping and climbing, and with a full squad and many options for combat and attacks, weapons and healing, encounters become increasingly dense with decisions to make 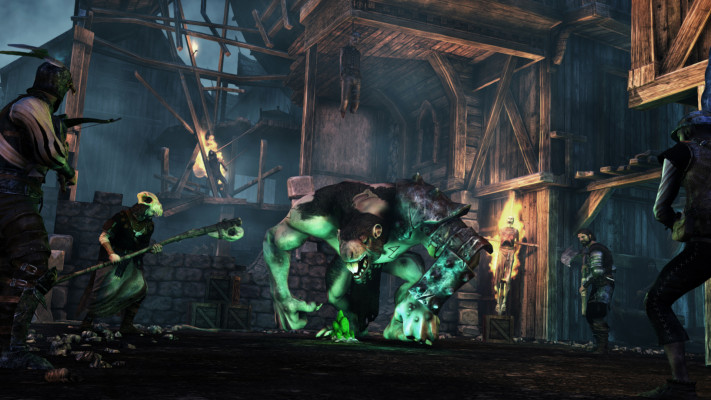 Character death is permanent and so are wounds suffered in battle. Squad members who lose limbs will bring that handicap into the next encounter. Thanks to their verticality and environmental hazards such as traps and explosive charges, the levels themselves are full of danger.

In addition to the turn-based battles, there is a large and complex web of systems to understand. There is a huge variety of weapons, armor, spells and healing abilities, each with a specific upgrade path. There are passive and active abilities to manage and balance for each character, and decisions to make about how skill points are allocated. The interface for doing all this stuff is clear enough, and while there are short tutorials that introduce the basics, really getting clear about everything is an hours-long process. It will take many games and lots of mismanaged squads to really get how the gears mesh together.

Mordeim: City of the Damned looks and runs a bit on the average side. Long load times and a stuttering frame rate are common complaints. The city of Mordheim — and the game in general — is overall dark and murky, which fits the tone of a city under siege by the forces of evil. From the Skaven (rat people) to the various human warriors and mages the the art and character design is pure Fantasy 101, though that’s hardly a complaint as Games Workshop and the Warhammer universe practically invented the fantasy game genre. 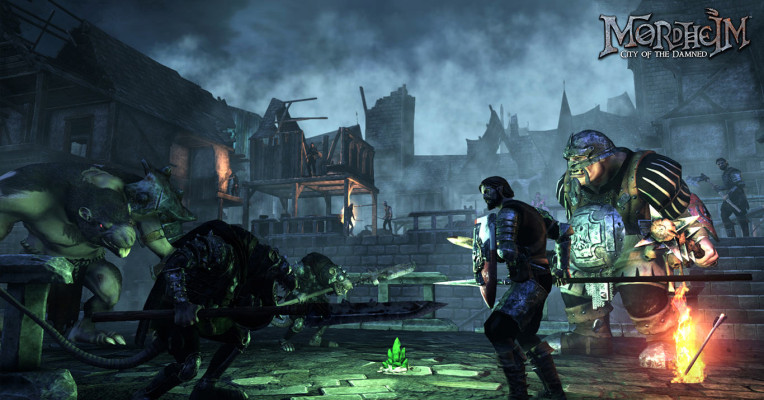 Fans of Warhammer-related products and turn-based game aficionados will enjoy City of the Damned. It isn’t a casual experience and mastering the many systems — as well as the flexible combat — will take dedication and time. It needs a little more technical polish and a much smoother learning curve to be considered for real mass-market appeal, but Mordheim: City of the Damned is a rewarding game for the right player.