Released globally earlier this year on iOS and Android devices, Dragon Blaze has established itself as an artistic showcase and a highly addicting RPG. It’s as if you took Pokémon’s monster collection aspects and meshed it together with Dragon’s Crown’s visual aesthetics, while at the same time throwing in some simplistic, yet challenging gameplay. It’s by no means perfect as the free-to-play formula is flowing strong here, even though it’s relatively easy to avoid most of it all together, and a number of the mechanics could have been better streamlined. Regardless, Gamevil has been giving players incredible support since its launch, releasing new content on a monthly basis that adds not only a lengthy portion of the campaign, but various new characters to collect.

Unfortunately, it’s becoming harder and harder for players to make a meaningful difference in the world of Dragon Blaze, especially newcomers. Even with an ULTIMATE SSS character in your party, those with deified heroes are standing on top of everyone else, securing themselves in the top 20% of almost every competitive mode. Controlling which characters to keep and which to use as fodder is an important management aspect, otherwise you won’t be fully taking advantage of most of what Dragon Blaze has to offer. The latest updated for the month of November is Dragon Blaze’s final installment into Chapter 2 which featured not only Quinque Draco versions of various popular heroes, but unique Septem Archangeli characters. Among the various characters introduced, we’re taking a look at the three new Archangeli deities that look to replace a number of your existing members. 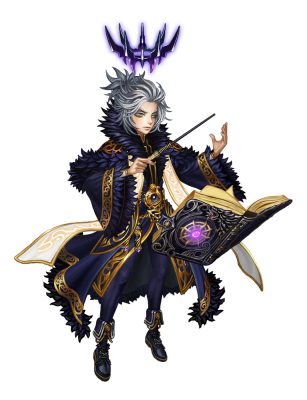 Fryderyk the Tenor: This is one of the few Archangeli that I’ve personally been waiting for. While Draco Brightspark is considered the best mage thus far, we wanted to see how Fryderyk held up. While Ravengale came in the first batch of Archangeli, she was far different from Draco Brightspark, even though she’s still a capable Incanter. Unfortunately, those looking the sturdiest of mages won’t have any luck here. This is the problem with all mages and not just Fryderyk: they’re far too vulnerable. Their low evasion rate and not-so-high defense makes them an easy target. The only way to counter this is have someone to cover their blows, be it a tank or paladin, but Fryderyk in particular has a few tricks up his sleeve.

Fryderyk and Draco Brightspark are very comparable when it comes to both attribute values and their skills. Fryderyk has the slight advantage in both areas, but not a significant amount. His skills damage enemies far more, but what’s most important is his lower cooldown rates. He is able to recoup his abilities much quicker, roughly 25% faster. While he doesn’t have a skill for invulnerable or stun, he is capable of removing buffs and reducing evasion rates by a significant margin — this makes him especially useful against rogues and archers. He may be an AOE attacker, but most of his abilities are aimed towards debuffing enemies than anything else, being a more crucial part of a team.

Draco Brightspark doesn’t necessarily have the most creative of passive abilities, only increasing defense penetration, critical rates and accuracy. Fryderyk follows her lead in one respect, increasing the party’s intelligence, dexterity and strength by 10%, but also has one passive that’s a bit more destructive. When Fryderyk goes down for the count, he gets the final laugh by casting, Climax, an immense amount of damage on all of his enemies (1063% of his attack). Considering how easy he is to go down, this becomes a very useful skill in PvP and even Labyrinth, even though you’ll probably only be able to do it once per fight. With that said, be careful of using your Revival Scrolls as, even when his health drops to zero, the Climax attack will take a couple of seconds to execute, meaning he’ll be briefly be active when he should be a gonner. I’m really enjoying Fryderyk as he’s serving well in dungeons, labyrinth and guild battles. 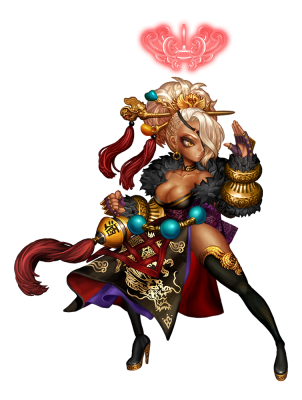 Mikaela the Fatal: Replacing the light-footed Draco Greysoul, Mikaela is puts her moves on the competition. While we already had the anthropomorphic Pirate King Byron, who doesn’t want a skimpily dressed pirate queen with an eye patch?

In terms of raw statistics, Mikaela edges out Greysoul in most categories. She’s faster, has better defensive abilities, and comes with more vitality. She is a little behind in attack power, but she makes up for that with her attack speed. She also has much stronger skills, but at a price. In general, Greysoul’s skills are more balanced when it comes to cooldowns, with the only noticeable exception being his clone ability that takes 39.6 seconds to replenish. While Mikaela’s first skill is better in speed and attack power, it lacks the critical chance of landing an insta-kill that Greysoul sports. To counter this, though, her second ability hits relatively hard, 1275% of her attack to be exact, stunning her enemies for 7 seconds. This gives a brief window for those playing in competitive modes such as Guild Battles. She even has the ability to increase her attack and defense temporarily, although some extra evasion points would have been preferred.

On the passive side of things, it’s another grey area. For example, I prefer Mikaela’s critical damage increase over Greysoul’s accuracy because, as much as rogues need to be on target, striking hard with the fury of hits they deliver is very important. On the other side of the spectrum, Mikaela has a chance of increasing her attack speed and power drastically, whereas Greysoul’s Soul Plunder can grant higher critical rates and damage, but best yet, enemies that are killed by Greysoul are unable to be revived, something incredibly valuable, especially when you take inconsideration one of Kymael’s abilities.

Overall, Mikaela is very comparable to Greysoul. They go back and forth on their abilities, but in the end, my personally preference edges out towards Draco Greysoul due to his focus on critical rate, better accuracy and chance to insta-kill enemies. 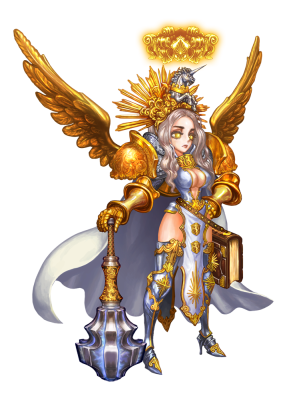 Kymael the Just: There’s really no one to compare Kymael to as this is the first Paladin deity. So anyone saving their Ari or Tiel for something special, this what’s to focus on.

There seems to be a common theme around this update: death seems to give us a second chance. While Fryderyk has his destructive Climax skill, Kymael has arguably the best passive ability: resurrection. In the case of a party wipe, which happens a lot if you don’t know, she will resurrect everyone around her with 35% health. This becomes one of the most useful abilities in the game. It gives you a brief second to get things back on track, whether everyone suddenly dies from a barrage of arrows, or you’re just overwhelmed. It’s not to mention that she’s basically a tank, containing strong defense and health statistics, so it’s more likely she will be one of the last to go down. She’s mainly meant for defense, though, as her attack speed and power are much lower than any SSS DPS, and her abilities are lacking in an offensive punch. For example, she has the ability to heal one of her allies completely, along with putting up a 120% defensive shield around your party for 21 seconds. She does wield a rather large mace and it’s not just for show as one of her skills does inflict some damage, but most importantly, has a 50% chance to stun everyone for 10 seconds.

There are really only two SSS Paladins to come by, but Kymael is still a significant improvement over her  sisters. Granted, those with the Korean version state that the Boden Paladin seems to be pretty overpowered in comparison, but that won’t be out for around half a year or so, so if you have the means of creating Kymael and are in need of better defense, Kymael is a great addition.

In the end, there were a couple standout additions among the Septem Archangeli characters. I have preferences for Llywelyn over Bloodwind, and Fryderyk over Draco Brightspark, but think Mikaela and Farrah, as much as they are unique in their own right, don’t make a big of enough difference from their Draco counterparts. We also received our first DPS Swordsman, Incanter and Paladin, even though a full on tank like Draco Deathcrown was not represented. Regardless, this is the start of something great as the next chapter involving the Boden deities await us in the coming months.