Now that Microsoft has really begun its backwards compatibility program in earnest, it’s only a matter of time before one of the best — and most under-appreciated — action games becomes playable on the Xbox One. Also available for PC via Steam in the Premium Edition, Enslaved: Odyssey to the West features the talents of Mr. Mo-Cap himself, Andy Serkis, in the leading role.

The 2010 release is an action-adventure game in the style of Uncharted, with plenty of well-executed platforming, combat, and discovery. It begins with a fantastic, high-tension prologue that teaches the basics of movement and combat and then settles in for another dozen hours or more of story and gameplay.

The biggest, and most effective hook of Enslaved is that it is really a story of dual protagonists. Based on the fantasy novel set in China, “Journey to the West,” Enslaved is set in a post-apocalyptic future and is story of Monkey — a convict — and young woman, Trip. Monkey is connected to Trip via an electronic slave band. If she dies or is seriously injured, Monkey will die as well. Monkey is a strong fighter and Trip is physically weak but acrobatic and mentally agile, so they are forced to combine talents. 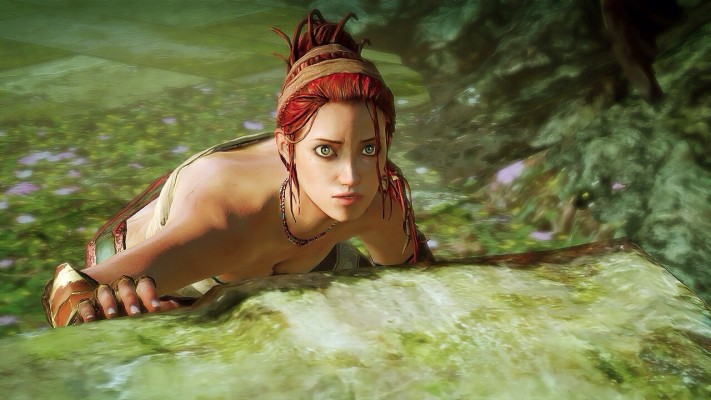 One of the reasons Enslaved has such a strong narrative is that it combines three classic literary archetypes: the quest, the unwilling partners working together, and the fish-out-of-water story. Facial animation, lip syncing, and voice acting are all extremely well done and the emotional bond that grows between Monkey and Trip is well written and believable. It never resorts to crass sexuality — although Trip is definitely a sexualized individual — and there are several strong supporting characters along the way.

Enslaved: Odyssey to the West received positive critical notices, but wasn’t a big commercial success. If it flew under your radar, you can pick it up on Steam for between $5 and $20, which includes the DLC alternative costume packs.