English footballer Saheed Adebayo Akinfenwa is now the recipient of a Guinness World Records certificate for the ‘Strongest Player in the FIFA Videogames Series.’

Akinfenwa, who is nicknamed “The Beast,” is the strongest player in FIFA 16, with the 33-year-old AFC Wimbledon striker ranking two points higher than Dynamo Moscow defender Christopher Samba, according to the Guinness World Records.

Guinness World Records Gamer’s Edition editor Stephen Daultrey appears alongside Akinfenwa in a new video (posted below), in which the man that they call The Beast attempts a whole range of entertaining challenges at the GWR HQ, including the ‘Fastest time to assemble Mr. Potato Head’ and ‘Fastest time to score against a computer on FIFA 16.’

“Very few footballers repeatedly top score in FIFA ratings unless they’re [Lionel] Messi or [Cristiano] Ronaldo, so it’s fantastic that a lower-league English player has been recognized by experts as the highest-strength player on four occasions,” Daultrey said.

“Akinfenwa has become a real cult star off the back of his presence in FIFA. With his unconventional footballing physique and playing style, it’s very likely that Akinfenwa is the strongest pound-for-pound pro currently in the game — just as FIFA repeatedly claims.”

FIFA 16, which is the first main installment in the long-running franchise to feature the inclusion of female footballers, was released on Xbox One, PlayStation 4, PC, Xbox 360 and PlayStation 3 earlier this year.

Hardcore Gamer’s review for FIFA 16 praised EA Sports’ addition of women’s national teams to the title, as well as it taking “advantage of the higher processing power of current-gen consoles to deliver an experience more realistic than ever.”

Check out images of Akinfenwa at the GWR HQ below. 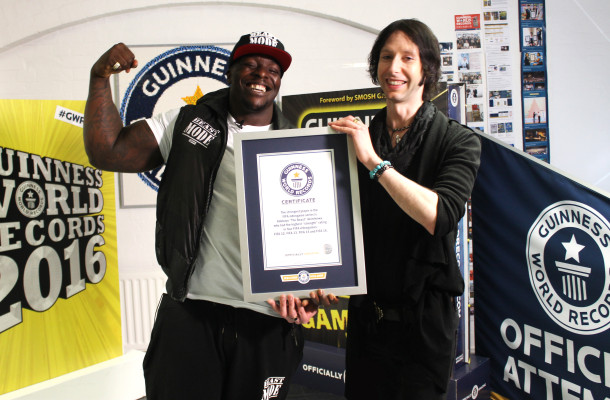 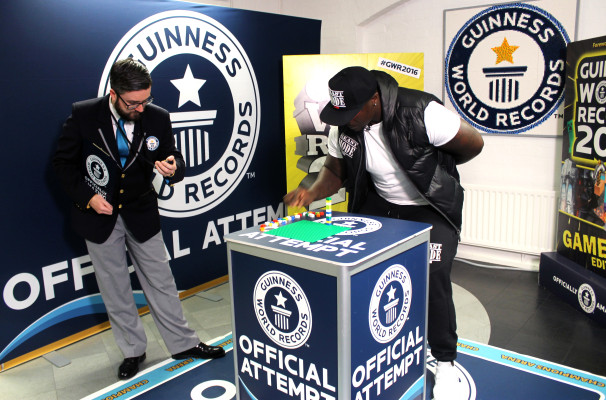 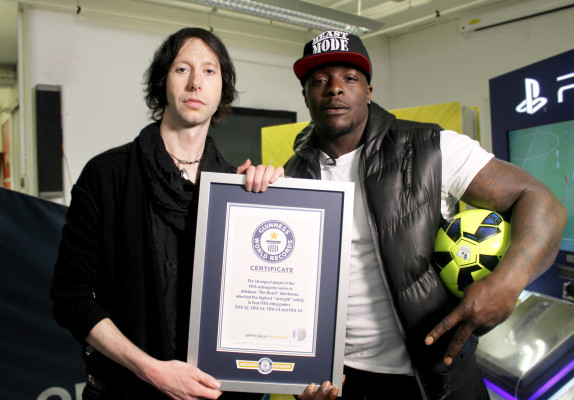 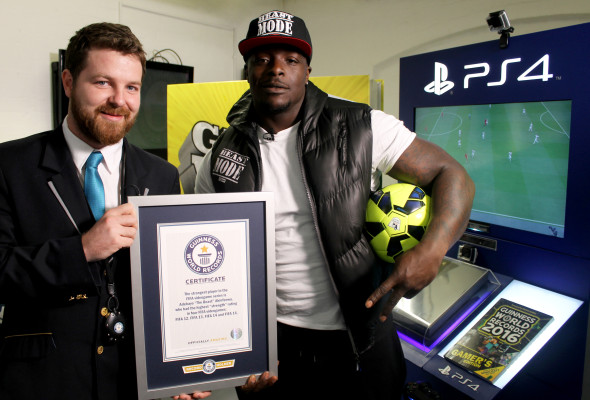 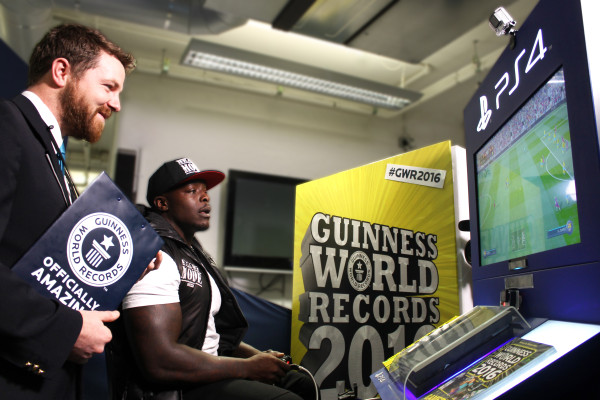