Though it isn’t the first to bring the iconic and nostalgic plastic toy soldiers to life, Virtual Basement’s Mean Greens: Toy Soldiers will have squads of green and tan plastic army men battling on “ginormous” maps based on familiar household locations. When it hits Steam on December 8, Mean Greens will feature “fast and easy matchmaking.” The game is being built on Unreal Engine 4. The developers note that “your green or tan team of plastic men can test their abilities in an up to 5 VS. 5 player battle. 10 distinct maps and game play modes allow you to see the world from a different perspective and explore vibrant new surroundings as well as the dangers that come with them.” 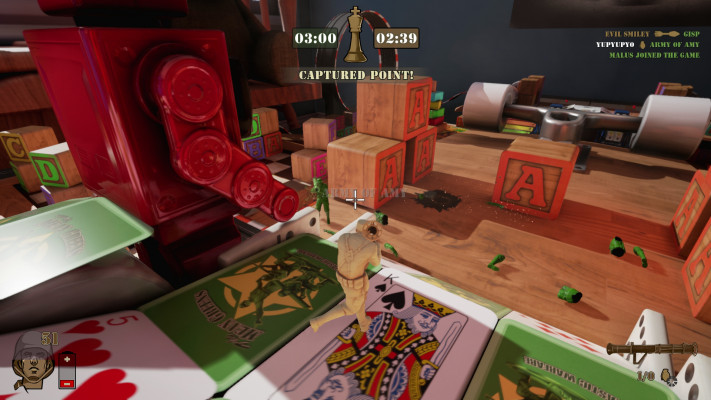 Ashton Andersen, founder of Virtual Basement, says that Mean Greens will resonate strongly with that common experience of playing with plastic toy soldiers. “The Mean Greens: Plastic Warfare brings back the nostalgia we had growing up as kids. I would play with classic toy soldiers all the time and it really was one of my favorite things to do.” Watching the trailer, the squad-based battles are like matches in a game like Battlefield, played out on strikingly rendered kitchen counter tops and bathrooms. Andersen says “you’re fighting in these really amazing maps that are life-sized, but feel ginormous. The bathtub, kitchen countertop, and the other levels feel huge and very different from one another. It adds a fun element that brings life to the game.” 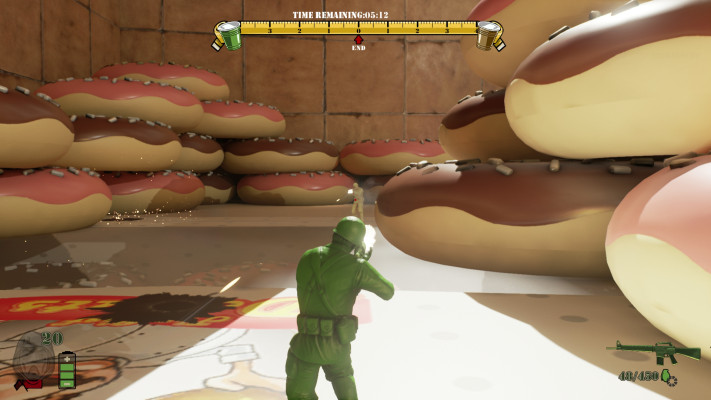 Although it’s unclear if there is a single player campaign or other content that doesn’t involve online multiplayer, Anderson says that in “capture the flag, foosball, and attack and defend inspired levels, you can select from your arsenal of weapons to combat your way to victory.”

Virtual Basement is a relatively small studio and was one of the developers of Ark: Survival Evolved. Mean Greens: Plastic Warfare will be available on PC.