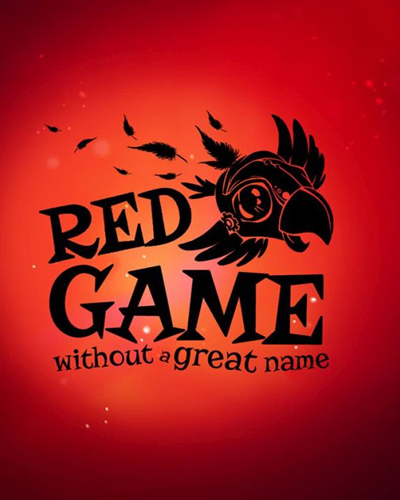 The Red Game Without a Great Name

As William Shakespeare said (don’t freak out kids, there’s no quiz at the end), “a rose by any other name…” Usually, statements like this would be met with blank looks, so he’d have to explain it was a metaphor or something. Well, roses might smell just as sweet no matter what they called, but titles matter in the world of games, at least a little. They can be prosaic and functional (Fallout 4) or hint at the story (Rise of the Tomb Raider), but they need to grab our attention when we’re scanning the virtual or physical store shelves or trying to suss out what a game is made of.  Red Game Without a Great Name’s name is either clever or kind of a turn-off. It’s a little smug and self-satisfied as a title. Either that, or the developers couldn’t be bothered to craft a name that actually hinted at what the game was about. Sure, the color palette is primarily red and black, but last time we checked, a game needs to be more than a color.

In any case, Red Game is a side-scrolling puzzle/platformer of sorts that originally appeared on iOS and mobile devices. The game is laser-focused on one basic aesthetic — black silhouettes on a primarily red background — and one basic gameplay mechanic, which is moving a mechanical bird from left to right, using a finger swipe or the mouse (on PC) to draw a teleport path around and through obstacles, as the path narrows and navigation becomes more difficult. Often, games that try to do too many things don’t do anything well, so narrowing the options down to one idea can be a strength.

Red Game’s world suggests sort of a post-apocalyptic/Steampunk mechanized vibe with lots of elaborate and spiky ironwork and gears that look like animated 2D paper cut outs. The field continuously scrolls from left to right and the player moves the mail delivery bird through and around barriers to come to rest in a cage at the end of the level.  There are gears to pick up and all sorts of progress-ending barbed wire and electrified fences and blind alleys mean that the player needs to be continuously and strategically planning the next swipe. 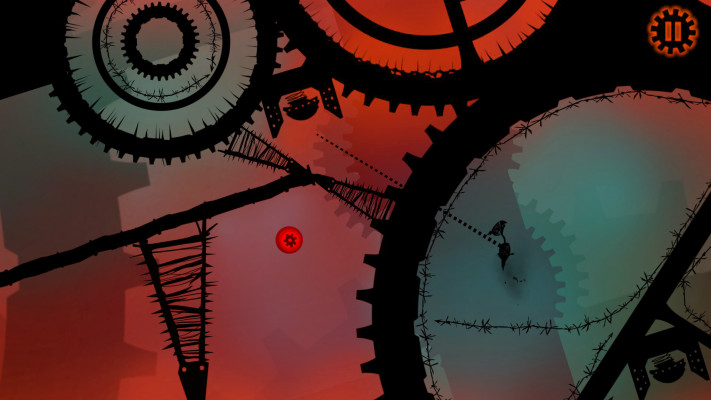 There are sixty levels that get challenging early on. The levels are relatively short, though, so repeated attempts aren’t too painful and there are some power ups to earn (like speed boosts or the ability to rewind and move backwards) along the way. In essence, although it gets more nuanced as it progresses, the basic gameplay is the same from the first level to the last. It’s accompanied by a sort of pleasantly innocuous Parisian-gypsy-jazz musical score.

Originally appearing as a mobile game, using a finger to draw the bird’s path works well, but using a mouse cursor to trace the path — especially on a large monitor — is more cumbersome. Playing on a touch-screen PC like a Surface is more intuitive and more fun. 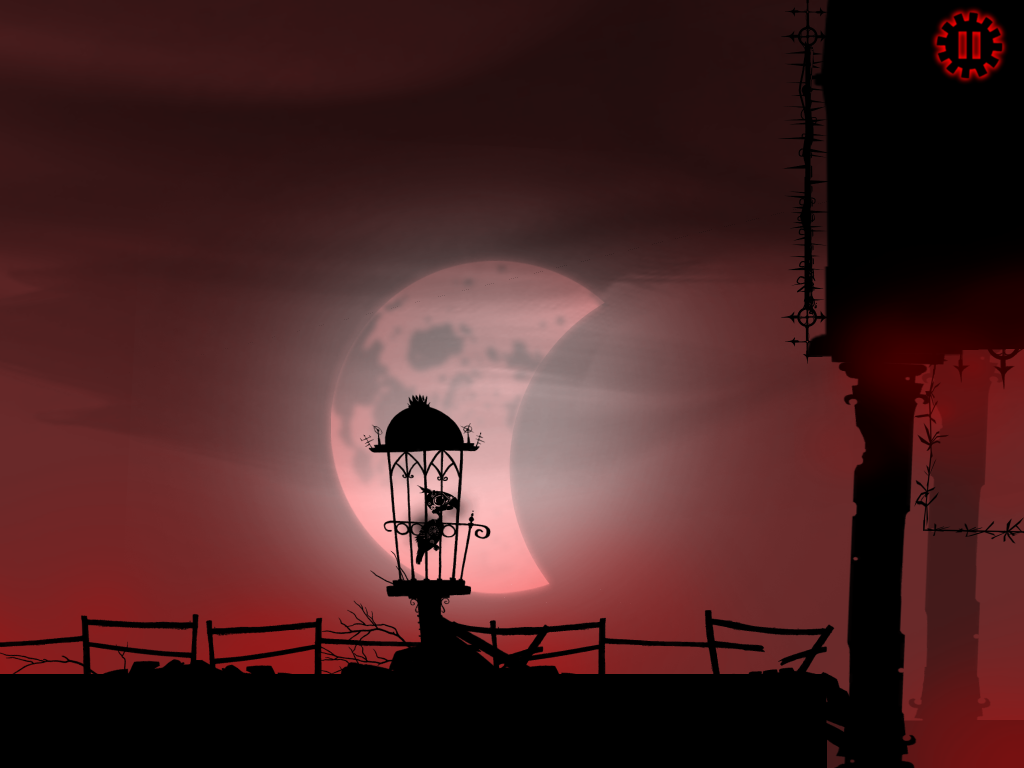 Games that overreach are in danger of not doing anything well. Inversely, games that have a narrow focus absolutely must nail the core concept on which they’re based. Red Game Without a Great Name explores a single mechanic throughout and does a decent job of adding enough to the basic recipe that it doesn’t get boring, at least in the short term. It does get difficult, however, and some players might get frustrated or crave a bit more story, context, visual variety or gameplay complexity. Originally conceived for touch screens, the game still plays better with finger swipes than mouse control.