An unofficial live-action short film for developer Dontnod Entertainment’s Life Is Strange is in the works.

Garduno took to the Life Is Strange subreddit to confirm that the movie has entered pre-production with a “large crew” supporting it, with the filming scheduled to begin in February 2016.

In the same thread, Garduno said that the team would be posting up-to-date news from the movie on a newly created Instagram account, lifeisstrange_shortfilm.

The movie’s Instagram account has revealed that Chloe Price’s bedroom will be one of the locations in the film, while another post confirms that the bathroom scene between Max, Chloe and Nathan from Episode 1: Chrysalis will be another segment recreated in the film. 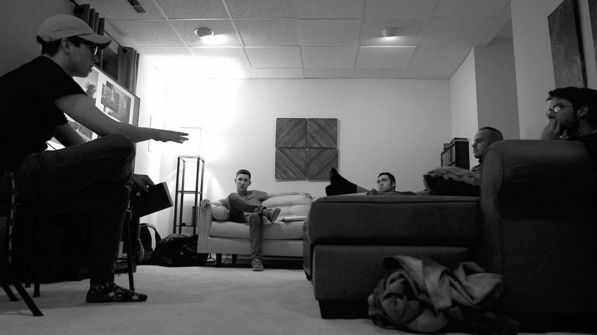 “First production meeting for Life Is Strange. I’m excited beyond words! Lots of work ahead of us!” Credit: lifeisstrange_shortfilm

“Just a couple days ago, I met our actress for Max and she couldn’t be more perfect! I bet you are curious who it is?” Garduno teased in an Instagram caption.

The Life Is Strange movie will be released sometime in 2016, according to HMD Films.

This isn’t the first case of a fan-made project occurring for Life Is Strange — and probably not the last — as news emerged last month that the title was in the process of being localized into Arabic.

Life Is Strange, which is available digitally on PlayStation 4, Xbox One, Xbox 360, PlayStation 3 and PC, will be receiving its retail release in North America on January 19, 2016, and January 22 in Europe for PS4, Xbox One and PC.

The physical version of Life Is Strange not only comes with all five episodes on a single disc, but it also includes a 32-page art book, director’s commentary and the official soundtrack.