Editor’s note: this interview includes major spoilers from all five episodes of Life Is Strange.

Dontnod Entertainment’s decision to structure a narrative over five individual episodes, roughly lasting anywhere in the region of three to four hours per episode, resulted in one of the most poignant and exciting IPs to emerge in 2015: Life Is Strange. It wasn’t the episodic format that necessarily made Life Is Strange a truly memorable experience (far from it, actually), considering a developer like Telltale Games has embedded this formula in the heart of its titles for many years. In fact, it was more in the way that Dontnod focused on delivering a coherent story shaped on meaningful choices made by the player, tying them closer to the journey they would share with protagonist Maxine Caulfield. 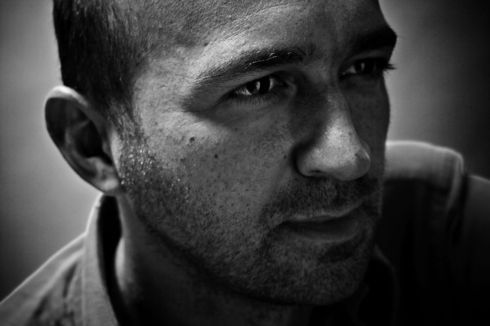 Max’s coming-of-age story is a drama filled to the brim with gripping characters and plot points, as well as challenging the conventional way in which themes like teenage pregnancy, suicide, sexual assault and depression are approached in a video game. It’s a narrative that evokes nostalgic among its older audience, as stepping back into the shoes of a teenager results in an almost life-like time machine to relive certain moments that may have had a profound impact during their own respective lives. It all began with a stellar opening in Episode 1: Chrysalis, which was released on January 30, 2015, with the next four episodes launching over the course of ten months to keep it a well-placed series that remained relevant and engaging with its core audience. Not only did all five episodes receive near-perfect scores from Hardcore Gamer — a commendable feat to achieve — but the title was also nominated for October’s Game of the Month.

Life Is Strange had a profound impact on many people, resulting in a huge following that has spawned some impressive artwork and cosplay. It’s also a title that has been placed at the forefront of significant debates among critics and being examined at the highest level of academia. Hardcore Gamer had the honor to speak with Luis de Miranda, a Portuguese-born author, philosopher and filmmaker, who is preparing to pen the first-ever academic paper on Dontnod’s episodic title. We were able to chat with him about what his upcoming paper entails, hearing his valuable insight into Life Is Strange’s themes, narrative and characters and how he’s preparing to write the paper around a rigorous academic schedule.

[Hardcore Gamer] What was it about Dontnod Entertainment’s Life Is Strange that attracted you to pen the first-ever academic paper on it?

In 2008, I published a science fiction novel in French, Paridaiza, which was entirely set in an immersive video game, a duplication of Paris, Paris-Biearth, where a group of rebels, the Hazardous Intraterrestrials, subvert a totalitarian regime whose power relies on a device called the Sensorium. Dontnod’s first game, Remember Me, developed by two French writers shortly after my novel came out, is also set in a virtual Paris, Neo-Paris, with rebels named Errorists, and a device called Sensen. So I guess Dontnod and I have had a fecund telepathic relationship for a few years now. I’ve also published in French a cultural history of computers, L’Art d’être libres au temps des automates, and always had a sympathy for cyborgs in the way Donna Haraway defined them in her manifesto.

I also wrote an essay on Gilles Deleuze, ‘Is a New Life Possible?,’ an author that encouraged me to consider any object as potentially philosophical. If an aspect of our social reality is widely spread, like video games, it’s a philosopher’s duty to try and understand it, or at least observe it and reflect on it for a while. Life Is Strange attracted me in particular because of its meditative title and atmosphere, and because it didn’t seem to be a shooting or fighting game. I confess I don’t play video games, so my interest was purely intellectual. 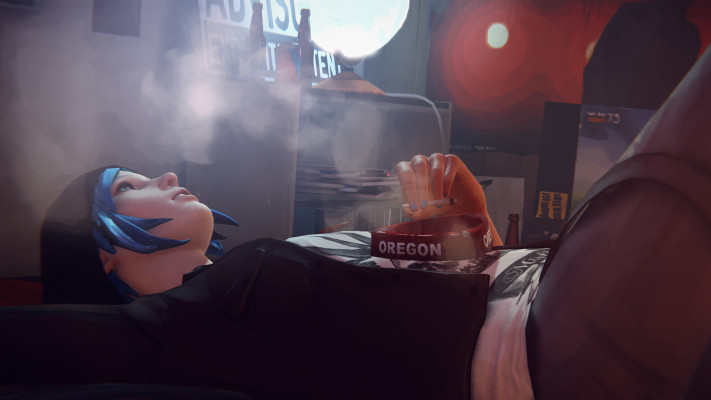 In ‘Out of Focus: A Creanalysis of the Videogame ‘Life is Strange’ and its Relation to Existentialism,’ what is the main focus? What areas of Life Is Strange did you analyze in the paper?

Well, the title of the paper is still changing, since it’s only half written. My purpose is to show how the game is a good example of postmodern digital existentialism. I conducted a one-hour interview with the directors and co-authors of the game, Raoul Barbet and Michel Koch. According to them, the main psychological theme guiding the genesis of the game was “nostalgia.” Nostalgia is the bittersweet impression of longing for a distant temporal and/or spatial situation, while consequently feeling estranged from a present locus. It’s decentration. In my paper, I intend to show that Life Is Strange can be analyzed as an existentialist work of art depicting our constitutive lack — and therefore quest — of the ontological feeling of being at home, centered, of having a defined and specific identity.

An important concept to understand the game and its success is focus. Focus is a polysemic term. Firstly, in photography or film, it designates the clarity and readability of a picture frame. The main character of Life Is Strange, Maxine Caulfield, is a teenage apprentice photographer who is able to travel in time — within her own biography — when she ‘focuses’ on a polaroid picture previously taken by her camera. Secondly, focus, also designates by Latin etymology the domestic fireplace and the notion of home, where we are from and consequently who we are. Throughout the game, Max searches in vain for herself, for a deep and essential friendship, and for the true face of her community, Arcadia Bay. She ultimately discovers her existentialist freedom, correlative to the fact that humans do not possess a fixed essential nature. Perhaps the most important aspect of the game is the existentialist affirmation that life is indeed strange. We shouldn’t attempt to overedit it or modify the past with perfection in mind. We can’t control the strangeness of life. And we shouldn’t. We should welcome more strangeness in our lives, especially of the perceptive kind. The capacity to be surprised with everyday realities is the start of philosophical thinking. 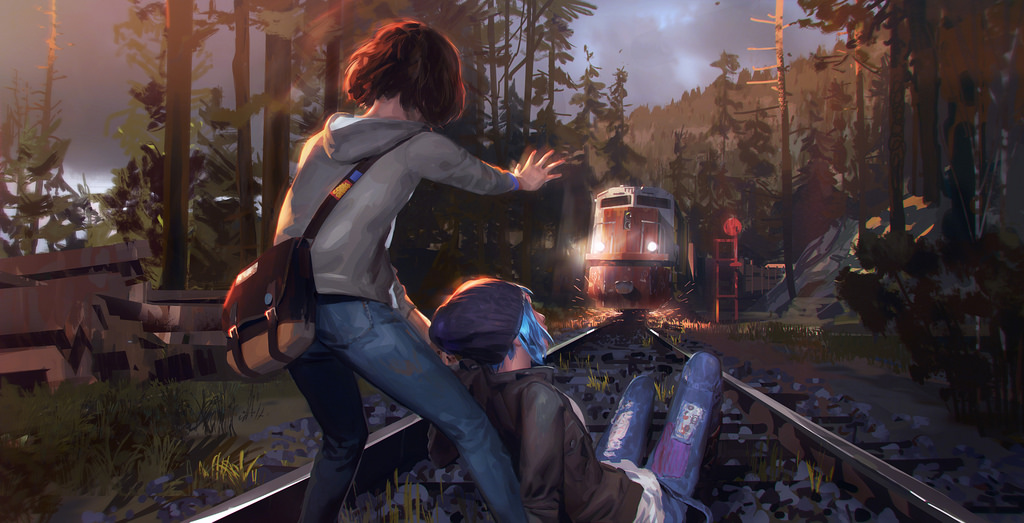 We previously spoke with Hannah Telle, the voice of Max Caulfield, in regards to the social themes (drugs, bullying, sexual representation, etc.) Dontnod has explored in Life Is Strange. What are your thoughts on how the French developer has incorporated them in the title? Did you find a particular subject matter that was emphasized more than others?

I appreciate the finesse and sensitivity of the game, and the desperate need that Max has to be a good, authentic person. This certainly goes against the cliché of violent video games. In Episode 4: Dark Room, at the Vortex Club’s ‘End of the World Party,’ Max tells Brooke, a schoolmate, that she’s trying to lead her life “without all this bull****.” Psychologically, Max is in a position where she’s trying to see if it’s possible to become an adult without endorsing the general atmosphere of falsehood she senses in human relations. For an existentialist, falsehood hides in the mechanism of obliteration of the general consequences of our acts or thoughts. What is bad faith? To place the responsibility of what we do on the shoulders of others.

In Life Is Strange, the figure of the ‘bulls*****r’ is represented by teacher Mark Jefferson, who appears to be the most impeccable character at the beginning of the game, but who turns out to be a pervert. Innocence seems to be embodied in the game by young girls who, like Max, don’t pretend to be what they’re not. It’s rare that a stinker can be innocent, but an innocent can be a coward. Max herself suggests in her diary that her taste for photography might be explained by cowardice: “I’ve always seen the world through my own lens finder. Maybe it’s a way for me to be part of the world, but at a safe distance.” 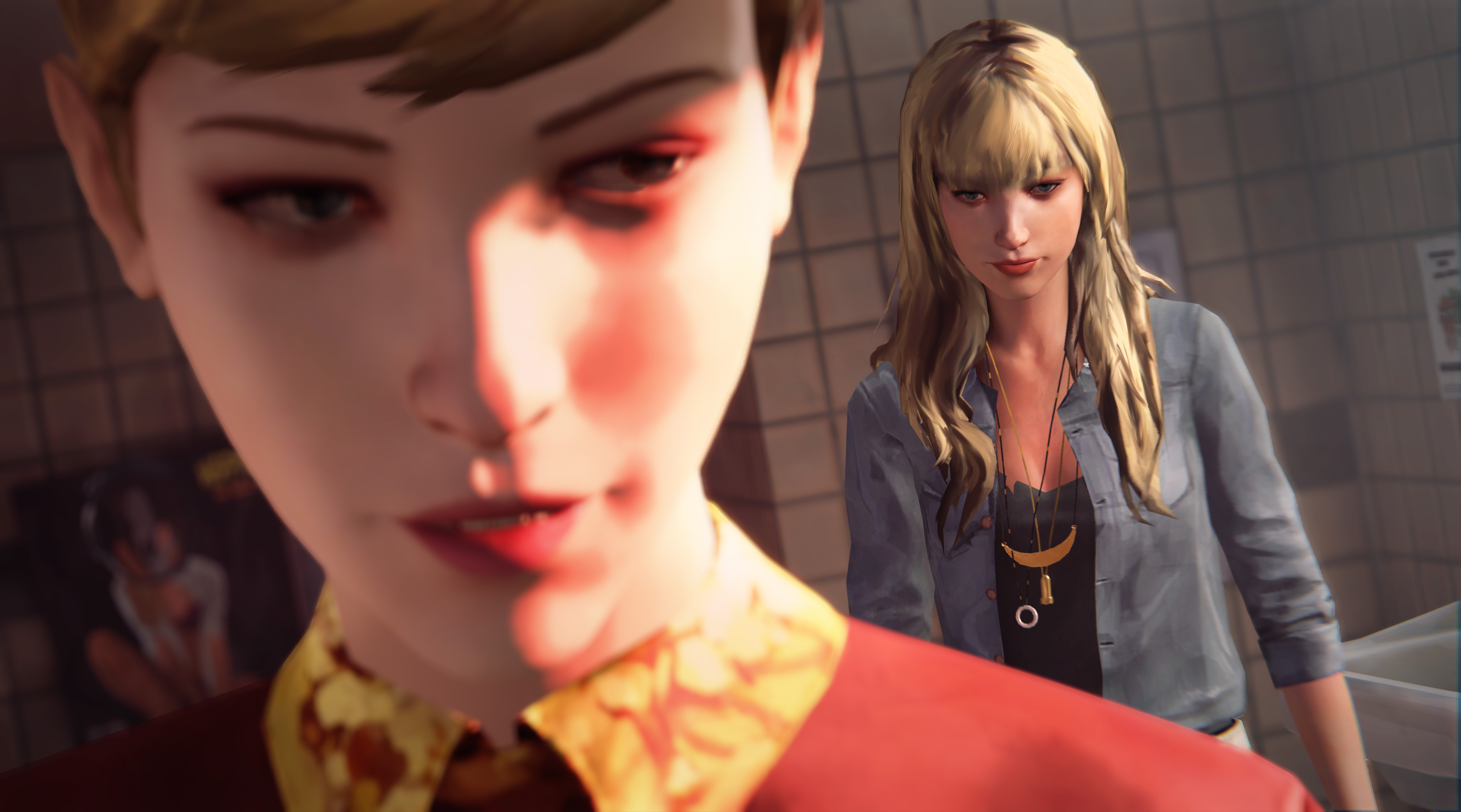 This interview continues on page two, with Luis de Miranda talking about the challenges of writing an academic piece on a video game and Life Is Strange’s connection to other mediums, as well as revealing what his favorite episode in the title has been.