The Sims 4 Get Together

To many gamers in 2015, The Sims probably seems like an irrelevant franchise, something that their moms used to dabble in, but not a “real” game. It’s important to remember just how important the series has been to the hobby and industry; it has both mirrored and launched many of the best and worst trends from the last sixteen years — including emergent gameplay, the modding community and the concept of DLC. The history of The Sims is littered with huge successes and notable failures, such as the franchise’s attempt at an MMO. The Sims began as an uber-geeky niche product, rose to incredible popularity among gamers and the general public, and while it is no longer relevant to the hardcore gamer community, The Sims still has many devoted players.

When The Sims 4 was released last September, the franchise’s popularity had begun to wane, but that didn’t stop the fans and critics from dismissing the new game as a disappointing and cynical cash grab by EA and Maxis. The series had a long history of gating its best content behind add-on packs and this seemed especially true of The Sims 4, which released with a real paucity of content, missing features, technical issues and a general feeling that the series had taken a step backwards. Under the hood, there had been a number of significant improvements in AI and crafting more nuanced and interesting characters was possible, but the graphics seemed stuck in time.

For many fans, the botched release of The Sims 4 was the end of the line and they abandoned the game. Over the past year, however, Maxis/EA has released a steady stream of patches and changes in addition to content packs and two larger expansions, The Sims 4 Get to Work, and most recently, The Sims 4 Get Together. Get Together’s big hook — and it really is a literal game-changer — is the addition of Clubs. Clubs are social groups that are founded on combinations of up to five shared interests and values. The player can create Clubs that include Sims of a certain age and interest and actively exclude Sims from joining that have specific traits or interests. Sims can be a member of multiple Clubs, and Clubs can include the player’s own creation as well as those AI Sims that exist in the community. Creating a Club devoted to drinking and WooHoo means that the club meeting will include a lot of time at the bar and outside WooHooing in the bushes. 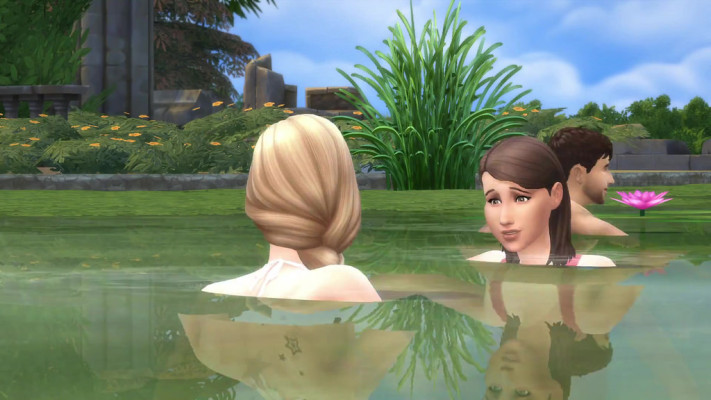 Clubs can be called to meet any time, both at the home of the Sims and at meeting places out in the world, like bars or nightclubs, and they’re a lot of fun to create and watch. The Sims themselves have, over time, become much more nuanced in their behavior and much more successfully autonomous if left to their own devices. The addition of a new “together” command brings all the members of a social gather together to eat, or frolic in the hot tub, or whatever.

In addition to Clubs, the expansion includes two new professions: DJing and Dancing, which bring several new items to game such as dance floors and DJ booths. As in the based game, higher levels of equipment are only purchasable when a character has reached a specific level of competence in the associated skill. Get Together also includes a new neighborhood, Windenburg, sort of a toney, faux-European suburban area with half-timbered houses and a lot of variety in geography. Although there aren’t a huge number of new items to decorate with, the expansion adds walk-in closets, espresso machines,and more.

Perhaps not quite as flourishing as it once was, the player community still generates a ton of content for The Sims 4, with entire clubs already downloadable and thousands of celebrity look-alike Sims crowding the gallery. One assumes that EA/Maxis will continue to release content in perpetuity. 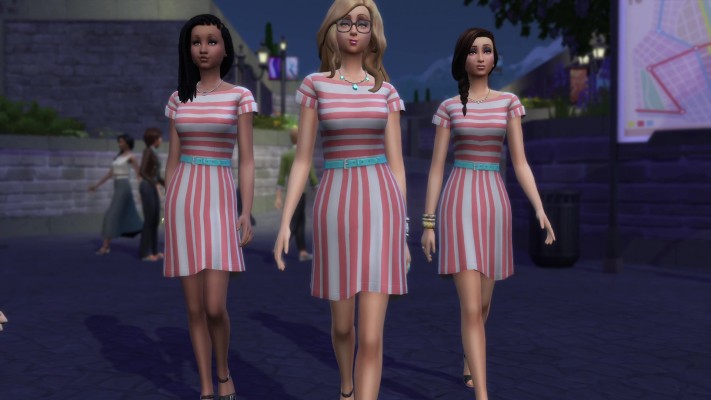 Literally every game genre has standout products and legions of imitators, but The Sims franchise has remained relatively free of copycats, at least games coming even remotely close in quality. The Sims 4 might have set the progress of the series back in some ways, but it has since started to move forward and The Sims 4 Get Together adds a great new mechanic to the game, if not a huge amount of “stuff” to mess with. The game is not without some technical issues, with crash bugs and UI glitches needing to be addressed, but for anyone still invested in The Sims — or curious to see how the game has evolved since 2014 — this expansion is worth picking up.