Daum Games/Pearl Abyss’ Black Desert Online, its upcoming MMORPG, entered closed beta on December 16. The Korean MMO has been in development since 2010 and is a fantasy, sword-and-sorcery themed game with ” an array of places, such as small villages and huge bustling cities, scorching deserts and icy tundras. The world of Black Desert is vast, seamless and contains diverse landscapes with its differing climates and its immersive day and night cycles.”

More of a sandbox-style MMORPG, Black Desert Online looks like it will offer an exciting amount of freedom to the player, with an especially deep character creation system, tamable animals, pets and mounts, trading, a deep crafting system and player/guild housing. According to the developer, “the game emphasizes freedom and the task of what to do first is left entirely up to the player. Instead of featuring segmented areas or numbered levels, the player has access to the entire world from start to finish.” 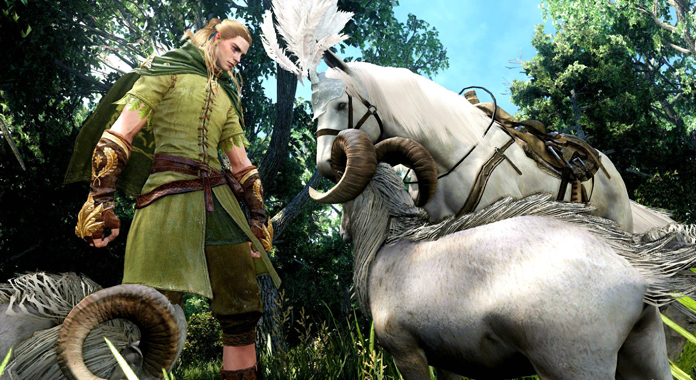 Most MMOs are based on a main and side-quest system, so it remains to be seen how Black Desert Online balances freedom with the need to give structure to the player’s experience. Many Korean multiplayer games are notoriously grind-heavy and in Black Desert Online “Rather than gaining experience points from quests like most MMORPGs, experience comes primarily from killing monsters. Quests give separate beneficial rewards.” There is also PvP.

The closed Beta ends on December 22.