Publisher Square Enix and developer Dontnod Entertainment announced on Wednesday a demo for the episodic adventure title Life Is Strange has been released on Steam.

While all five episodes of Life Is Strange are available on consoles and PC (the finale was released two months ago), the publisher is presenting players with the opportunity to try out a small portion of the episodic series without forking over any cash for the full title.

According to one Steam user, kniff808, Life Is Strange’s PC demo is approximately “twenty minutes long.” 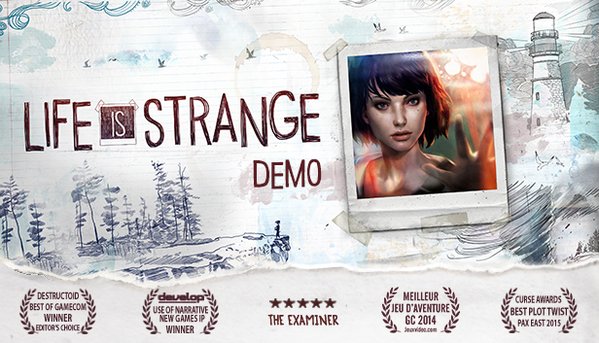 Life Is Strange Limited Edition, which was announced last month, will be heading to retail stores in North America on January 19, 2016, and January 22 in Europe for PS4, Xbox One and PC.

The Limited Edition contains all five episodes of Life Is Strange on a single disc, a 32-page art book, director’s commentary and the official soundtrack. Check out the full trailer for the Limited Edition here.

Last week, news emerged that an unofficial live-action short film for Life Is Strange was put into pre-production. This isn’t the first fan-made Life Is Strange project to pop up in the last few months, as a group had begun the process of localizing the title into Arabic last month.

Meanwhile, Square Enix announced earlier this month an official release date for the Japanese version of Life Is Strange, which will be heading to PS4, PS3 and PC.

Life Is Strange, which has surpassed one million copies sold worldwide, can be digitally downloaded on PS4, Xbox One, PS3, Xbox 360 and PC.

Read more about Life Is Strange in Hardcore Gamer’s full impressions of the title here and also our individual reviews for Episode 1: Chrysalis, Episode 2: Out of Time, Episode 3: Chaos Theory, Episode 4: Dark Room and Episode 5: Polarized.