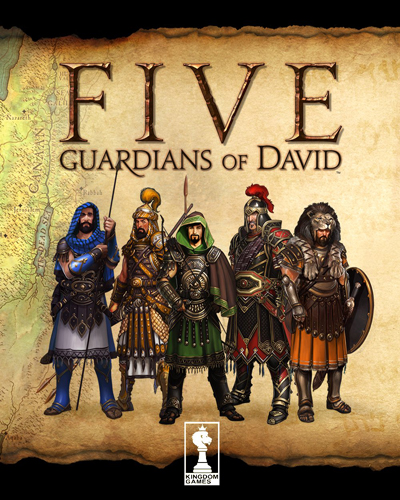 FIVE: Guardians of David is an action RPG based on the Old Testament, specifically stories of David’s rise to power from a young giant slayer to a powerful leader. Not many mainstream games are based on Biblical stories, though there is probably a wealth of dramatic characters and conflicts from which games could be drawn. Although FIVE: Guardians of David contains no gore or bloodshed, it lays waste to humans by the hundreds and it might not have “magic” but it does have “miraculous powers.” However, aside from its secondary function as a Biblical teaching device — the stories are presented in comic-book style cutscenes — the settings and story are neither here nor there. FIVE: Guardians of David is simply not a good game. It wouldn’t be any better if you replaced Eleazar and Abishai with characters from Lord of the Rings. Well, it might be better, as at least Tolkien knew how to create memorable heroes. Despite being significant Biblical figures, none of the FIVE’s guardians have any discernible personality.

There is no dearth of high quality, Diablo-style action RPGs. so any developer looking to bring a new game into the genre has a pretty high bar to reach. It seems like a new Path of Exile, Victor Vran, Divinity: Original Sin or Van Helsing appears with some regularity, adding new ideas and features or spectacular graphics or some degree of customization.  Other than being a “Bible Game,” FIVE doesn’t bring much of anything to the table that hasn’t been seen and done before, .

Spanning 11 “acts” — basically levels — the player controls a party of 1-5 class-based characters: ranged weapon users, spear wielders, sword and shield fighters, etc. Because this is the Bible and not Dungeons and Dragons, there are no mages and necromancers, but characters may be equipped with up to four special powers, mostly area of effect “spells,” weapon combos, and stun or knockback moves. All of the special powers use stamina and are also on a cool down timer. 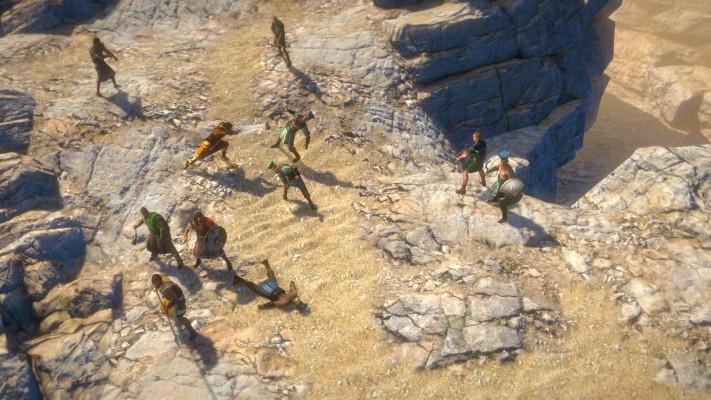 If the combat in FIVE: Guardians of David was better, these abilities or more powerful weapons would probably be effective or more fun to use, but the combat is extremely repetitive, imprecise, and almost entirely lacking in any kind of tactical or strategic element. Your character — and the characters in your party — just flail away at one enemy’s health bar and then move on to the next. It’s seamless and easy to switch from one hero to the next but doing so often seems pointless. There is no way to tactically position your team during battle, have them target a specific enemies (unless you take control of them), and in fact there is no lock on at all. There are healing potions and mana potions to consume during battle (and if these aren’t “magic” then they’re pretty hard to explain), but outside of battle health and stamina just regenerate naturally. Death just means respawning at the nearest check point with the message “God isn’t done with you yet.” Enemies do not respawn or regenerate health, so even boss battles (where you do battle with the 9 foot tall Goliath, for example) lack any sense of urgency.

Levels are entirely linear and usually very narrow corridors, with no ability to backtrack once you’ve left an area. As in most ARPGs, there is ample loot to be found: shekels, weapons and armor, dropped by enemies or in chests or breakables along the way. All loot is shared by the party out of a common inventory, and should the player not want to manage the distribution, the computer will auto assign gear. Leveling is by group, not individual character and new abilities are auto-assigned by the game, though these can be modified. There hasn’t been an RPG with such little customization in quite some time. After the third act, the game opens up a little in terms of mission choice and introduces some additional loot distribution and influence mechanics but the basic tenets of combat remain the same.

FIVE looks like a decade-old game, so you’d think it would run pretty smoothly, but there are framerate dips in large scale battles and lots of little freezes and crashes. The game’s voice acting is all over the map, ranging from some real professional quality narration to the worst amateur hour stuff you can imagine. The comic book cutscenes might narratively be the most effective part of the game though tonally they don’t fit at all and they often contradict the game itself. Early on in one of the Bible-comics cutscenes, David picks up his iconic five stones with which to slay Goliath, yet in the actual battle in-game, he uses a spear. 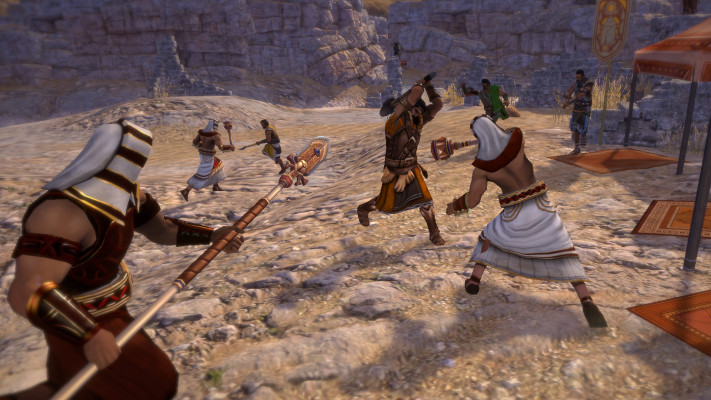 It’s hard to recommend FIVE: Guardians of David to anyone. Fans of action RPGs have literally dozens of better games to choose from. Even gamers who would like to play an RPG without being assaulted by bloodshed have some excellent choices, such as the Torchlight games. Aside from the novelty of the Biblical theme and story, FIVE: Guardians of David’s gameplay ignores a lot of what recent action games have added to the genre: strategic groups, tactics, character development, customization — FIVE  has none of these things. Its heroes are bland and its enemies even duller.