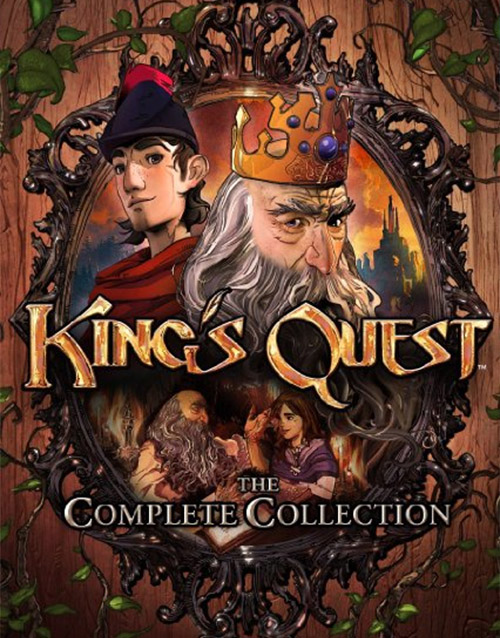 There are those who might argue that the release of The Odd Gentlemen’s King’s Quest Chapter 2: Rubble Without A Cause took an inordinate amount of time. While six months can be awhile, it should be pointed out that even Telltale wasn’t always the most efficient when it came to getting their episodes out quickly. Still, with how much fun Chapter One managed to be, the time frame can be excused. It’s finally here, though, and the results are…middling.

This chapter starts off on a high note. Graham has gone from adventurer to king. Confronted with his loyal soldiers, he is forced to make numerous quick decisions about running the kingdom. These start innocuous, but quickly run out of control in hilarious fashion to his frustration and the player’s delight. Giving up and leaving the castle, he decides to pay a visit to a friend in town. The town proves barren and he soon finds out why when he is kidnapped by goblins and forced to perform their chores. Now tasked with rescuing himself and his subjects, he must make hard decisions, solve puzzles and outwit his captors.

The general feel of this chapter is a departure from the previous one. Where that one felt open for a short episode, this one lends a sense of confinement and “smallness.” It makes sense, considering the circumstances. An attempt at gravitas is also lent to the story. For example, both Bramble, the baker’s wife, and Fancypants, Graham’s loyal steed, are sick. There is only one dose of medicine to go around and who survives is up to the player.

Resource management also plays a role. Graham is provided with one leg of meat per day. This can feed one set of the three villagers, sustaining them for two days. Graham will also need to devour three of these himself to gain the strength needed to perform all of the required tasks to solve the game. While interesting in theory, this proved to be more of an impediment. The player might be stuck where the only tasks that can be performed requires the higher strength, but a villager must be fed. So, he feeds the villager and goes straight back to bed to start a new day, but another villager must be fed. So, that one gets to eat and still no progress is made. Now the first is hungry again and let’s not forget the third.  It gets to the point where the player just stops caring and lets one of the plates fall so that the story can move forward. 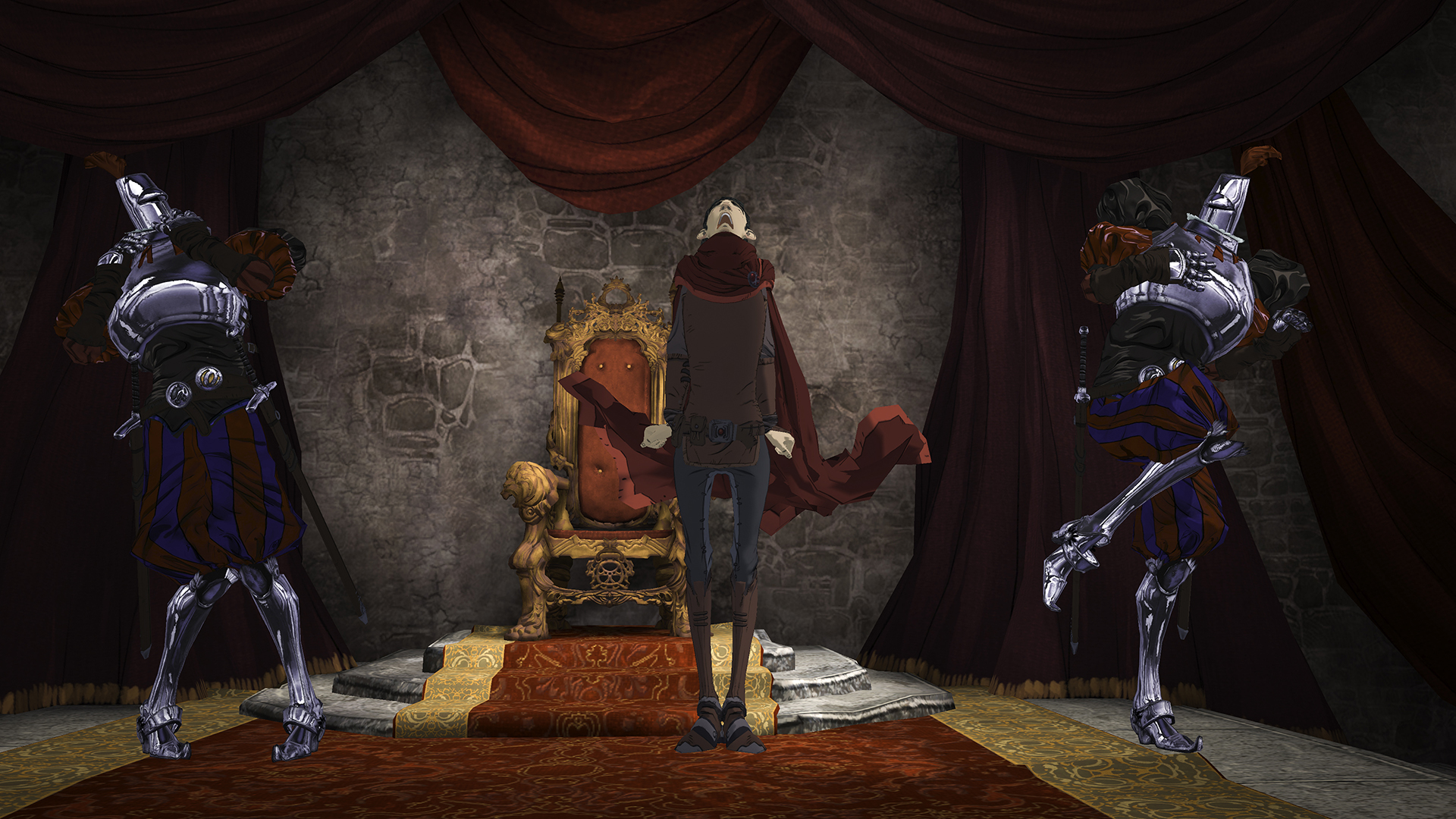 The humor also takes a bit of a dive. After the spot on opening, it heavily relies on the goblins to carry the day. Similar to the minions from Despicable Me, these are non-vocal creatures that use exaggerated gestures to convey their silliness. What’s missing, just due to their design, are facial expressions. Since they are all covered in rock helmets, the humor is reduced to them screeching and waving their arms. This does lend itself to a couple of cute moments, but mostly falls flat. Fortunately, the story does pick up right at the end, when the reason for the goblins kidnapping is revealed. The climax with the goblin king is pretty fun, and right back in with the tone of the first chapter. (Though much less challenging.)

The puzzle design finds itself flagging as well. There were a couple fairy tale centered ones that were well done, one of which managed to make me feel stupid for not figuring it out immediately, which I can appreciate. There are also ones that just feel annoying, with extended traipsing about and a false positive or two. It can be said that the solutions all have their own sense of logic and The Odd Gentlemen were careful not to get ridiculous. 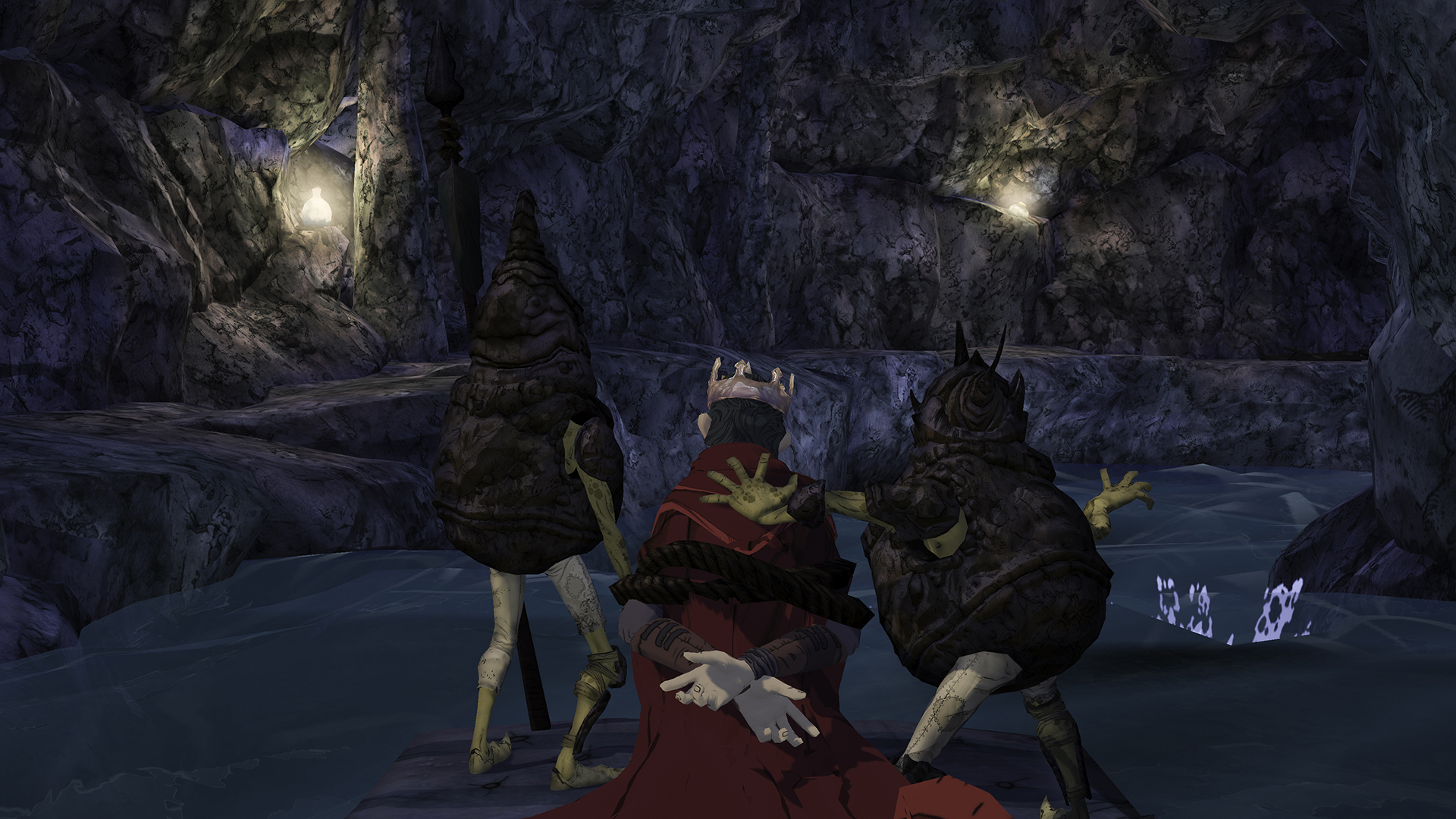 Considering how the overall look of the game was a high point in the previous chapter it must be said that it remains so here. With the exception of the goblins themselves, the dungeons are a joy to behold. Ranging from dreary and oppressive cells to a bright and vibrant underground garden, each area has seen an obsessive amount of love and care poured into it. In the end, a high quality coffee table book covering the whole series will probably be in order. The animations, especially Graham’s walking at the lowest strength, show a wonderful sense of personality.

Finally, the voice work utilized here is well directed and performed. Each of the participants nail their parts, making the dialogue sequences worth their time. In trying to avoid spoilers, it will only be mentioned that Christopher Lloyd returns as Old Graham and knocks it out of the park. These scenes can also be skipped by the impatient this time. This was a smart move, because certain scenes get repeated every time the day is reset. 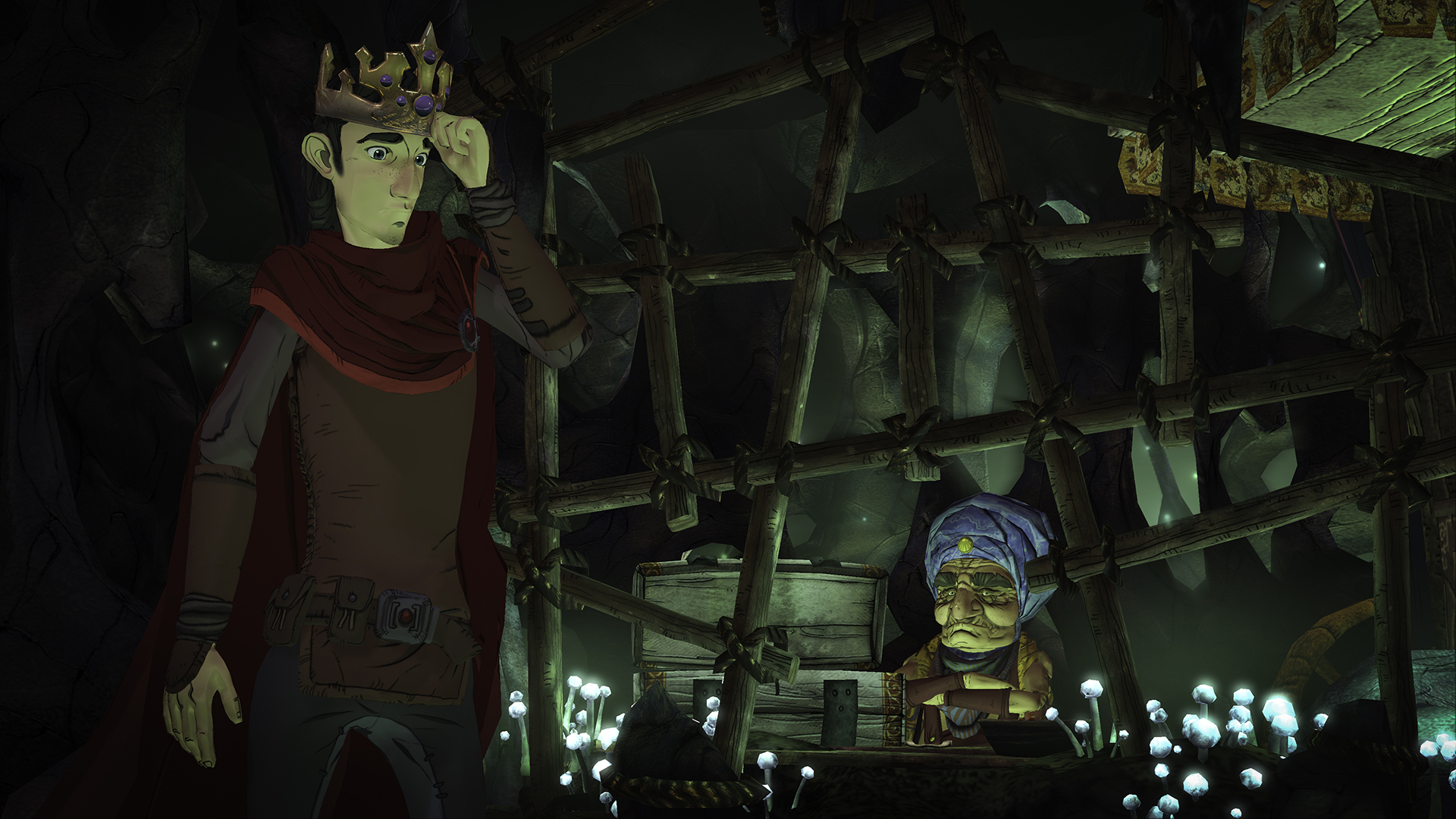 Overall, Rubble Without A Cause is a disappointment. The first chapter was great, but the tonal shift and structure found here just doesn’t hit the right notes. Continuing Graham’s story is still a worthwhile use of time, but one can’t help but feel a tad… let down. In the end, the series has not soured, though. The closing scene sets up future events that should be intriguing. It just tripped on the rubble.