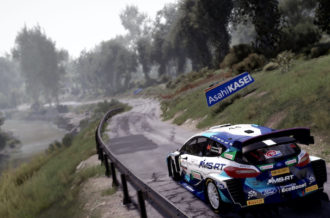 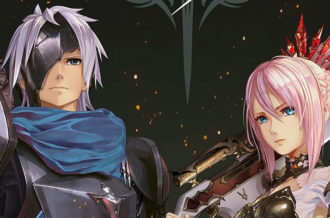 Dragon Quest is no stranger to spin-off series, whether it’s integrated into an existing framework like the Dynasty Warriors games or all-new in Rocket Slime Adventures. Dragon Quest Builders is mostly the former, fusing the world of the first Dragon Quest game into Minecraft to make something that’s more a child of each than direct clone. Think of it as a crafting-based action RPG rather than a pure builder to get the rough idea.

The plot starts immediately after the events of the original Dragon Quest game, except instead of choosing to fight, the hero aligned with Dragonlord to unleash a wave or darkness on the world. The result is a land that’s seen better days, broken and ruined and in desperate need of not simply a hero, but a builder. Defeating evil is a priority but somebody’s got to put the world back together again as well. 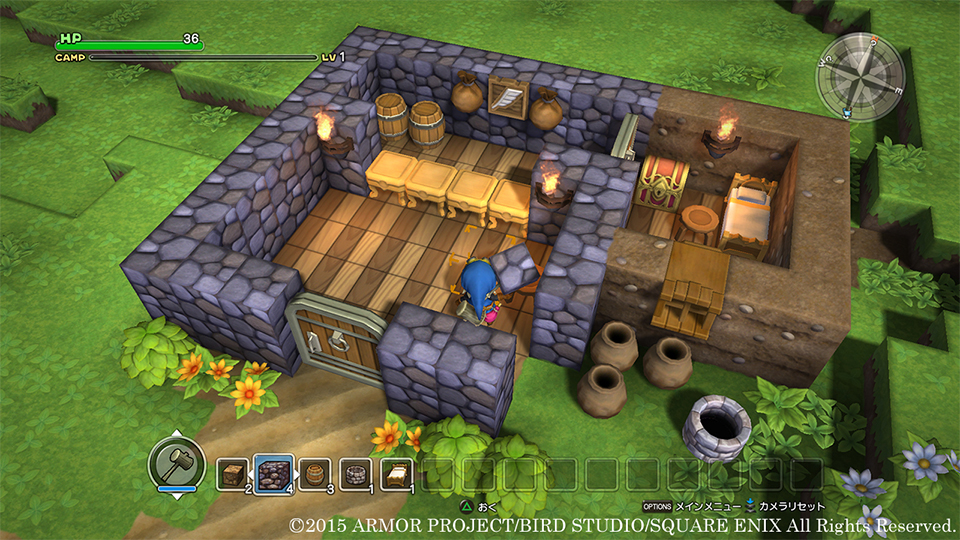 Starting off as either a male or female hero, your first job is to rebuild a small town. You’ll only have a limited number of crafting options to start, but a building is defined as walls, a door, and a light source so they don’t need to be too fancy yet. A basic house gets a little experience while a nicer one pays off better, boosting the town’s Camp Gauge until eventually it’s level-up time.  This brings with it new recipes, allowing you to further develop the town in a nice little cycle of creation.  The crafting recipes cover a wide variety or items, not just for houses but also armor, weapons, potions, and other necessary accessories for a multitasking adventurer. You’ll be needing everything you can craft, too, because the world is filled with a good supply of classic Dragon Quest beasts, from little slimes to hulking golems. The raids they conduct on the towns you’ve painstakingly recreated will go a lot better for you if you’ve constructed proper defenses and have some well-armed villagers to back you up.  The monsters drop more crafting materials, but for leveling up you’ll want to focus on expanding the town.

One of the primary differences between Dragon Quest Builders and Minecraft is that this is going to be a more directed experience.  Sure, you can build freeform, but there are also blueprints you can set on the ground to guide the construction 0f a pre-designed house.  Additionally, there’s a main quest pushing the game along, so while you can go out and explore (and find all sorts of goodies while doing so) it’s merely important and rewarding rather than being the whole of the game.  It wouldn’t be a proper Dragon Quest game without a world of strange and endearing characters to interact with and follow the stories of, after all. 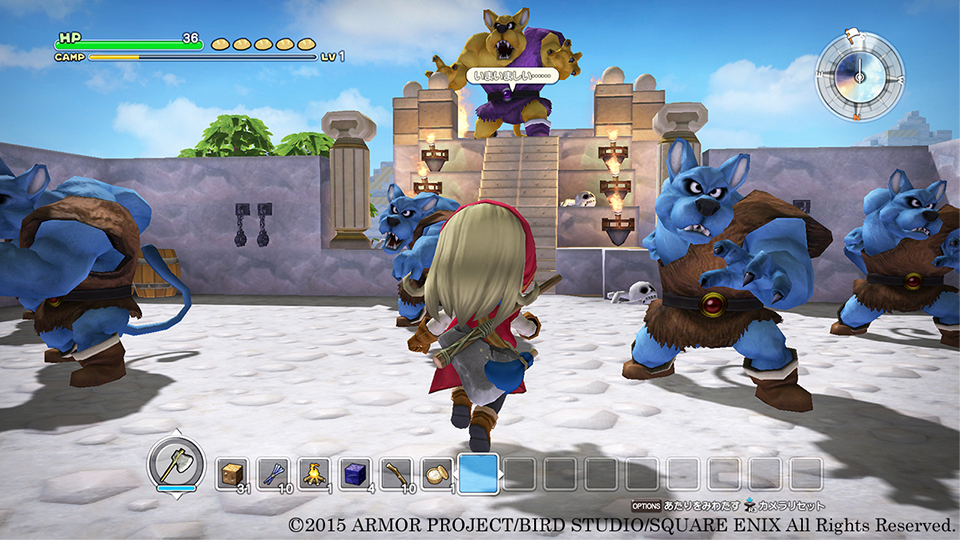 Dragon Quest Builders still isn’t officially confirmed for the US as of this writing, but with its January 28 Japan release getting closer, it’s only a matter of time before the news is made official.  Dragon Quest has frequently had a hard time crossing the ocean, but an action-crafting RPG is simply a no-brainer.  The bright and charming world filled with quests, monsters and plenty of opportunity to get creative has far more appeal than to series fans, and with Dragon Quest VII and VIII getting the 3DS treatment, it seems Square Enix might have brought it over here even if the game’s audience wasn’t quite so potentially broad.  Dragon Quest Builders may be an indeterminate amount of time away, but when it finally arrives it promises to be a welcome return to the ruined world of the original game, reconstructing its towns on a journey that’s as much about creation as combat.