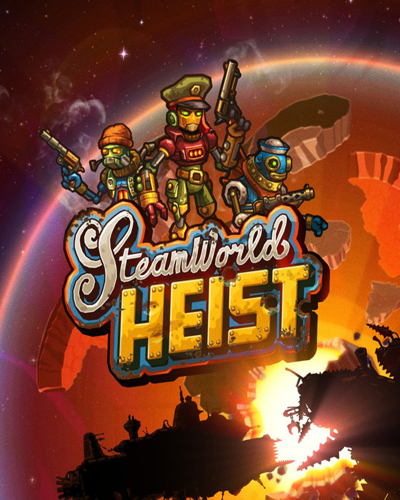 Utterly charming and striking a welcoming balance between accessibility and complexity, SteamWorld Heist is one of the better 3DS games of this nearly-over year. A combination of turn-based combat and RPG elements, Heist is only marred by some procedural level design that that can undermine the most well-considered strategy. Set in the same conceptual universe as SteamWorld Dig, Heist is an entirely different genre of game.

The premise: robot scallawag Captain Piper Faraday is part pirate/smuggler, part trader and flies her busted down ship through the galaxy, raiding rival ships, ridding the universe of evil Scrappers, and doing favors for those from whom she needs something in return. Along the way she’ll stop at seedy space bars to recruit new crew members and replace those killed in action, sell excess loot, and resupply before heading back out to do battle. The story isn’t incredibly profound but it does an adequate job of setting up the action. It definitely has a Firefly-esque vibe, with lots of quirky characters.

Combat is the focus of SteamWorld Heist, and battles are fought in a familiar, side-scrolling environments with lots of simple puzzles and obstacles to overcome and lots of swag and trasure to find. Each encounter has several objectives — kill all the Scrappers, destroy the generators, find all the loot — and the mission’s success is rated at the end and awarded stars and jewels, which are used to purchase upgrade skills and hire crew members. Because the levels are procedurally generated along with the location of enemies, walls, doors, and swag, every now and then a level will be uncharacteristically unfair relative to the game’s difficulty setting. While levels can be replayed for a better score or to complete the objectives, missions can’t be restarted once begun, and failure means a loss of water, this future world’s currency. This can seem unnecessarily harsh given the game’s inviting nature. It would be nice to be able to bail on missions once they start going south. 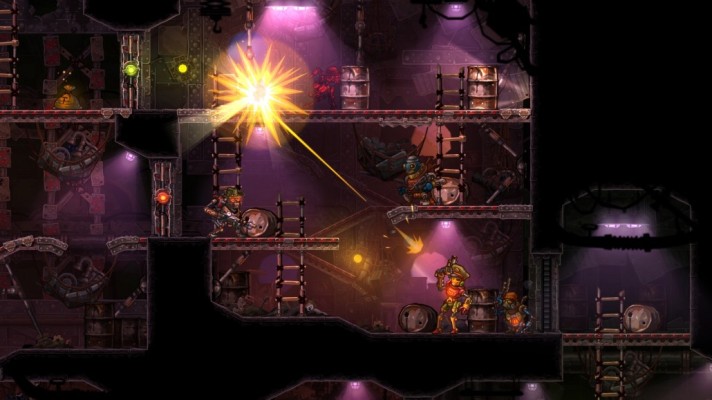 As in most turn-based action games, each crew member has a certain number of action points which can be spent on combinations of movement, environmental manipulation (like opening locks) and combat. There is a satisfying level of tactics and strategy in figuring out the optimal placement of crew members in each turn and when to use or remain in cover or fight. There are dozens of weapons to find, buy, or unlock and the very satisfying shooting is skill based, not the function of dice rolls and stats.  Each character has specific upgradable skills and weapon abilities, plus slots for limited use items, so — a little like in XCOM — the destruction of a fully developed crew member is a major loss. Additionally, in order for a crew member to gain experience they have to participate in mission, so that it becomes more convenient to lean on a select few rather than rotate through the roster.

However, this is a game about wisecracking space robots, so the tone never really gets too dark. The writing restrained but fun, lighthearted and witty without ever succumbing to the temptation to break the fourth wall or try too hard with its setting.  The writing and tone are perfectly matched to the look of the game, which is colorful and derelict in equal measure, and full of environmental detail, interesting backgrounds and gorgeous lighting. The 3DS’s 3D capabilities weren’t used to much effect. No loss.

SteamWorld Heist has a well-designed tutorial series of missions and a learning curve that ramps up at just the right speed, so that by the time you have a full crew, you understand how weapon load outs and crew selection can impact combat and mission success. Between the RPG mechanics and the turn-based combat there are a number of stats and options to juggle but it never gets too complicated or overwhelming. 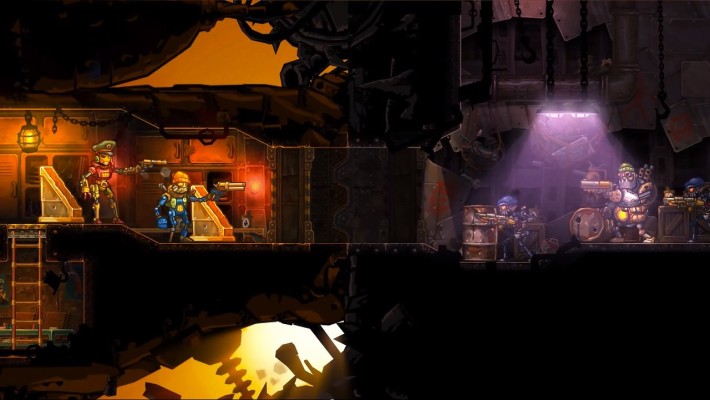 SteamWorld Heist exudes charm and goodwill. Its missions are relatively short, pick-up-and-play affairs that are nevertheless satisfying in their tactical complexity and replayability. The procedural generation of levels means that while they’re always new and unexpected, they can also be surprisingly difficult depending on the luck of enemy and cover placement. SteamWorld Heist is that rare game that is appealing to casual players at the start, who then grow with the game as it expands and deepens its systems. The combat can feel a little repetitive in long play sessions because it essentially is, but overall SteamWorld Heist is an excellent merger of role playing and turn-based combat.