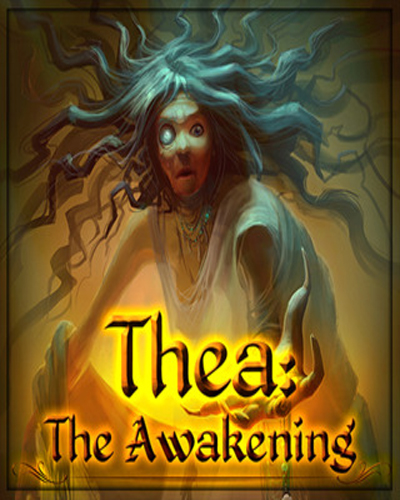 Although you’d never know it from the title, Thea: The Awakening is a mashup of at least three genres: it’s an RPG, strategy, 4x resource management and exploration game à la Civilization, and the now seemingly inevitable collectable card game, with a little roguelike thrown in for good measure. As mashups go, Thea: The Awakening starts off strong before collapsing under the weight of its systems, with simply too many variables to consider at any one moment and manage, and not enough transparency around them.

Although its ethos is Slavic, Thea’s folk-mythology setting is relatively far in the background in terms of gameplay systems. Certainly, the gods and monsters are quite culturally specific and refreshingly new, but substituting an ancient Greek or Celtic bestiary wouldn’t have much impact on the moment to moment game. You begin with a village, your main home base from which you will send out expeditions in search of food, crafting materials and other resources. Apart from the main village you will establish camps that serve some of the same functions. While you will explore the shadowy regions of the map while adventuring, Thea: The Awakening is not a game about capturing territory or converting the neighbors to your way of life.

The game begins simply enough, with the player assigning villagers to tasks such as being warriors, gathering wood, crafting, or foraging for food. For the remainder of the game, your villagers will continue to level up their skills and branch off into more specialized work. When the village needs a specific resource or begins to run short of supplies, you send out an expedition. Expeditions will encounter natural and supernatural enemies and conflicts are resolved via a few different possible scenarios, and each has a different impact on your party. Sometime outright aggression is in order, but sometimes enemies can be reasoned with if speech and persuasion party stats are high enough. Some animals can be hunted, which is a sneakier way of attacking them. Some encounters are random and unexpected, some are simply the result of gathering a known and necessary resource. 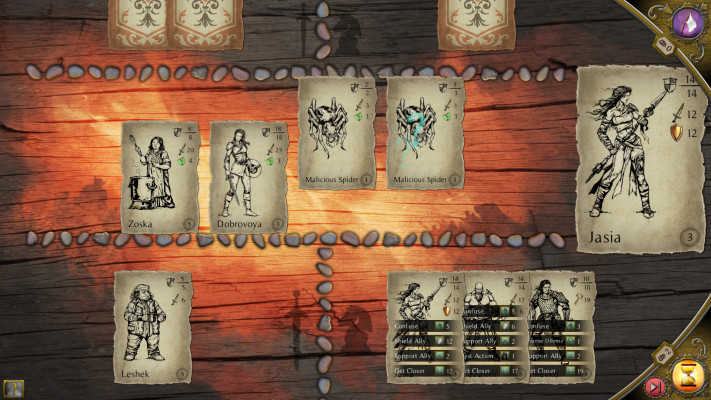 Whether conflicts are resolved through fighting or negotiation, they play out through the mechanic of a card game in which the player lays down a hand of attack and defend cards, the enemy does the same and the hand plays out. There is an auto-play option that wrests control from the player for the sake of time, but it more often than not doesn’t end as well, seemingly penalizing the time and patience challenged player. Party members who are wounded must heal or die — and not losing expedition members is important — so camps must be made to rest the party. That begins a sub-game of gathering once again, this time from the camp.  Meanwhile, the main village needs to be attended to and managed. While the work will go on, new assignments will need to be made and expeditions formed to gather higher-level resources.  The roguelike aspect of Thea: The Awakening comes in the form of a failure state where parties get wiped and systems collapse can come pretty easily.

If it’s all starting to sound a little fiddly and micromanagement oriented, that’s because it is. Expeditions need to be balanced between warriors and more skillful negotiator and healers, and there are lot of opaque systems and stats to understand. There is an engaging basic tutorial but many of the more important systems are only understood through trial and error and some serious head-scratching.

Most 4x games don’t require or benefit from luxurious visuals and animations, and that’s certainly true with Thea: The Awakening, with graphics and music that are pleasant and have an appropriate storybook-meets-board game feel. 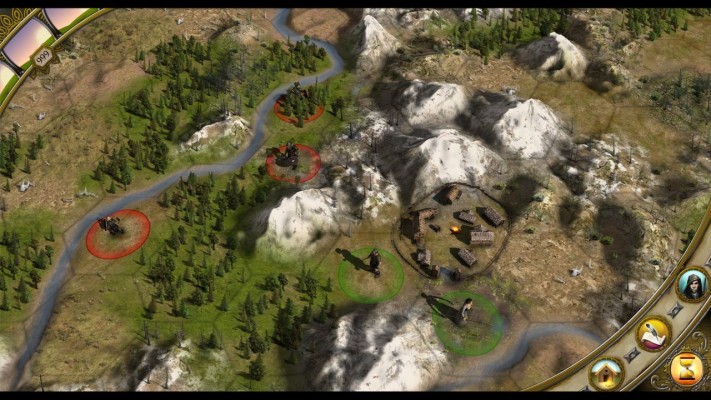 With so many interlocking systems, Thea: The Awakening is a bit of a Frankenstein of a game, but kudos to MuHa for bolting together everything so seamlessly and for trying something new, though it might be time for developers to put card game subsystems on ice for a few years.  Some games start by feeling dense and complex and with time become clear; not so in Thea: The Awakening, which almost becomes more daunting as the player realizes just how much there is to understand and manage, much of it through time, trial and error. How much you enjoy Thea: The Awakening will depend on your ability to tolerate micromanagement and the frustration of random events that can torpedo your success. There is a lot to do in the game, but it’s questionable if all that busyness adds up to a satisfying experience.