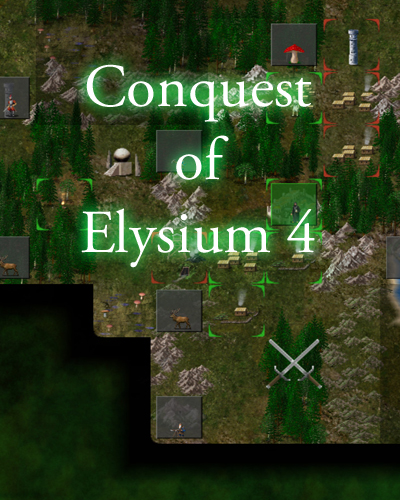 Conquest of Elysium 4 looks like a humble little pixel art strategy game — which it kind of is — but underneath the inviting and simple facade is a diabolically deep and addictive turn-based experience. If you can penetrate its mysteries, and more importantly, survive the first dozens of turns, a vast number of options and decisions await. Thanks to the roguelike component, though, making into turn three is by no means a guarantee.

Swedish developer Illwinter is responsible for two, semi-related franchises: the Dominion series and the Conquest of Elysium games. The Dominion strategy games have a reputation for appealing to the truly hardcore while the Elysium games are somewhat streamlined and simplified. “Simple” is a relative term, though, and Conquest of Elysium 4 requires a fair amount of commitment — and some online manual reading and sleuthing — to really understand.

Fundamentally, Conquest of Elysium 4 is a turn-based game of territorial expansion and conflict, not civilization building. Starting in one of several ages (which are not connected through the game) and picking a starting commander and home base citadel, the player attempts to conquer as much territory on the tiled map as possible, capturing farms, towns and mines and doing frequent battle with opposing forces, be they natural or supernatural. Each turn earns more gold or resources — depending on territory captured or other stat bonuses — and of course more gold and resources allow for better soldiers, spells, special abilities and more units to spread around the map. This basic gameplay is not terribly complex or immediately compelling, but a large number of variables can help create chaos and failure or success. Each turn lasts a month and the seasons impact resource production — for example, the yield from farming and mining drops in winter, which means that during some turns it will be harder to pay for new units. There are almost twenty factions, each with up to sixty different spell abilities, each requiring a slightly different mix of resources. There are siege engines and all manner of swordsmen, pikemen, and archers to recruit, and they can all be re-assigned anywhere on the map, although it takes player turns to move them. 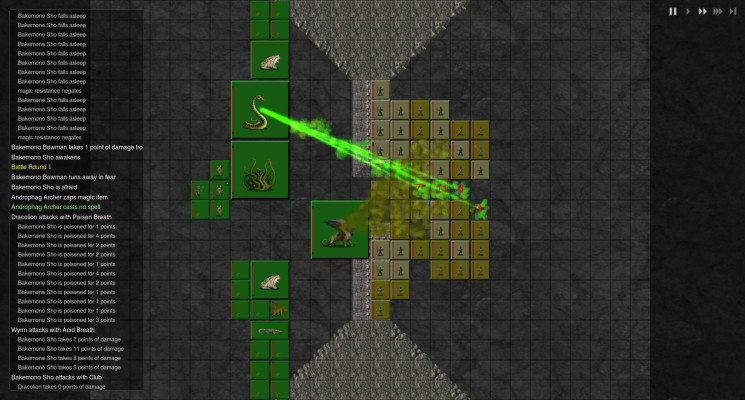 What really makes playing Conquest of Elysium 4 a nail-biting experience are the random elements and the roguelike permadeath spectre that hangs on every turn. Each map is randomly generated so that the placement of very strong enemy forces, monsters, and resources cannot be predicted and it is entirely possible — and a frequent fate — to be wiped out on the second or third turn by a particularly powerful monster or supernatural being. The longer you survive, and recruit reinforcements and have a steady stream of resources, the greater the chance of making it through additional turns.

Battles are auto-played by the computer and not under the direct control of the player, who watches the fight from a top down perspective as it’s played out. While the player can assign specific units to a commander during the course of the game, once an encounter starts, it’s hands off and all up to the numbers.

For a pixel-art game that is spare in graphical richness, the unit types have a lot of character, primarily due to their special abilities, spells, and tactics. Some units become invisible when on a forest tile, and one faction commander can summon vast numbers of underlinings at a cost to his own sanity. These small and interesting differences really bring an incredible amount of replayability and tactics to the game. 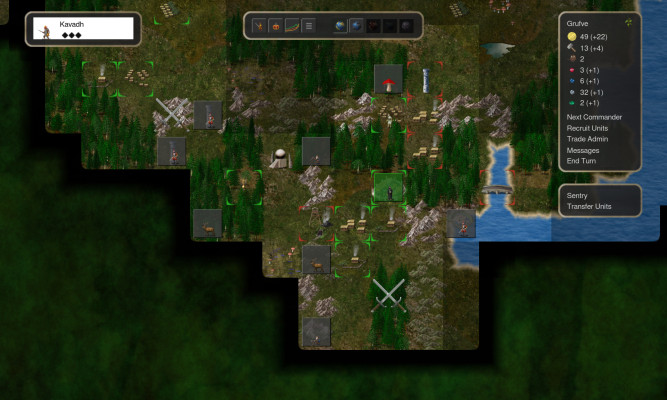 Although it doesn’t look like much, Conquest of Elysium 4 packs a ton of depth beneath its pixelated surface. The roguelike and randomized elements add unpredictability, tension and the potential for unexpected defeat, without being unfair or capricious. Not an easy game to master despite its apparent simplicity, Conquest of Elysium 4 is not a huge upgrade or departure from the third installment, but long-time players will notice and appreciate the differences. Those new to the series might find their appetites whetted for Illwinter’s bigger and more complex Dominion games. While good information is of course available from Illwinter’s loyal online community, a suite of tutorials would ease the pain of entry.