When it comes to Yakuza, it seems we’re in the position of “you’re lucky it gets released at all.” Indeed, Yakuza 5 just saw release in North America three years after its Japanese debut with practically zero fanfare (even though it’s fantastic) and now its aptly-named successor could be facing the same treatment. PlayStation has just updated the product page for Yakuza 0 with a release date of 2017, meaning that we’d have to wait at least a year to see its release.

While it could be a placeholder, listing 2017 instead of 2016 suggests that SEGA is indeed in no rush to release Yakuza 0 in our neck of the woods. 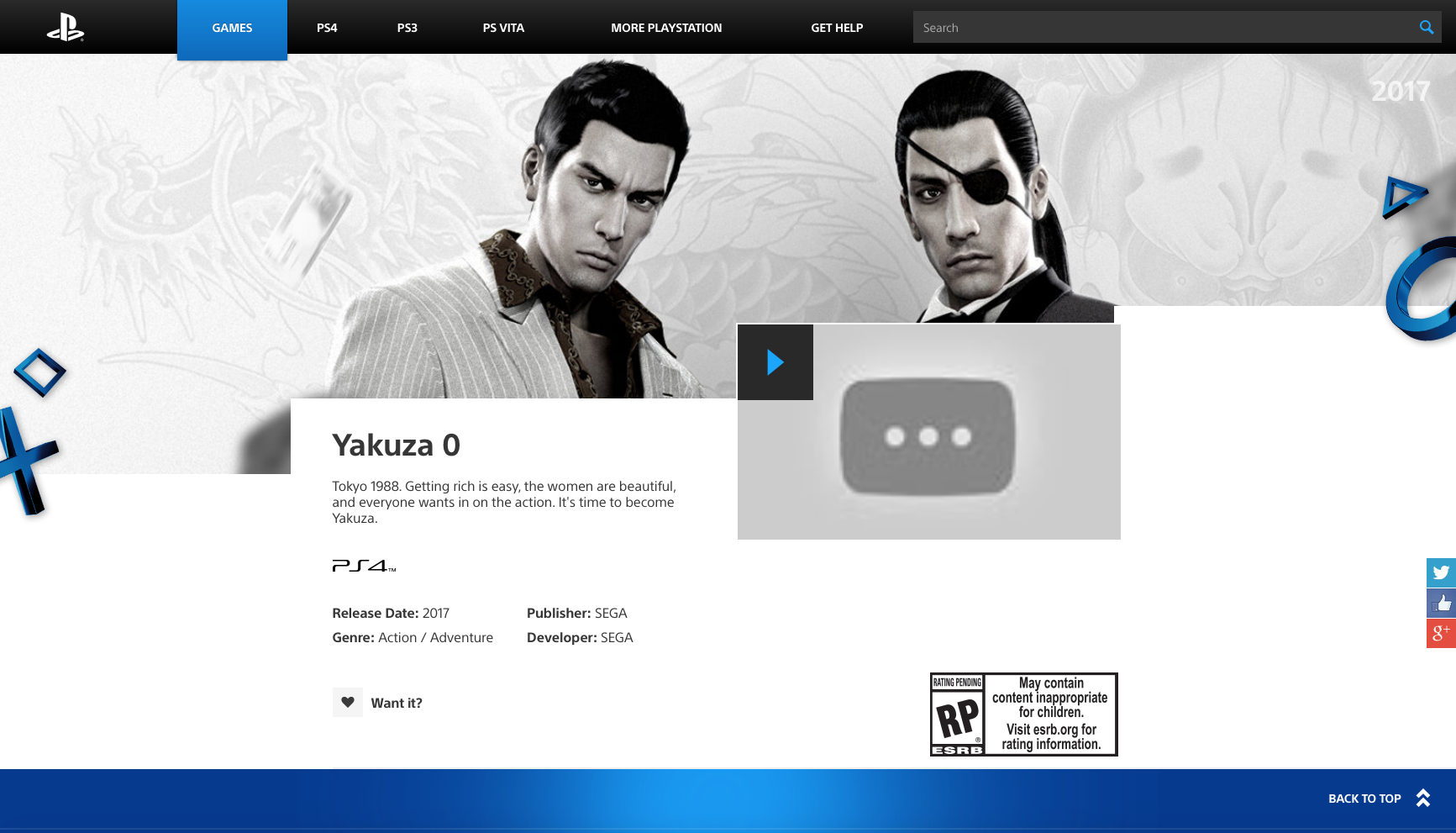