I recently played a couple of games for review — one was an action RPG and the other was a platformer/movie tie-in — in which there was essentially no penalty for failure and no death. In the RPG, the gradual diminution of hit points or health to zero just resulted in a respawn at a nearby portal, with no loss of equipment or experience, no respawning of enemies and bosses who were in the same wounded state. Like a rubber punching bag that can’t be toppled, my character just bounced right back up and kept on going.

I thought: so, what’s the point then, of even having a health bar? Or leveling and getting stronger, except maybe to get the combat over with more quickly? A lack of death or loss of any kind might bolster the confidence of players who can’t face the possibility of failure but it entirely sucks the meaning out of any game that is based on conflict or skill. After all, don’t the definitions of “game” include references to risk and the potential for failure? 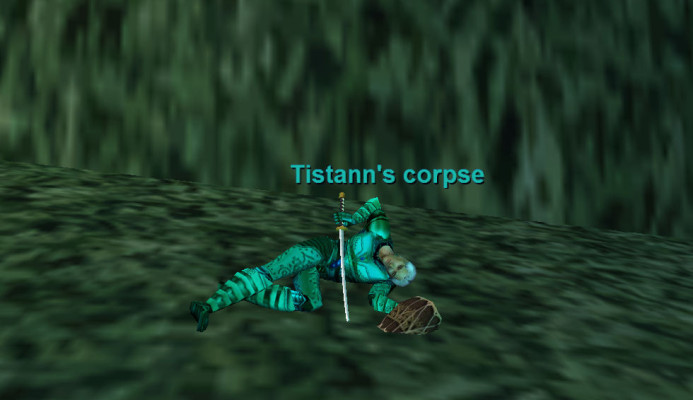 Corpse runs in early MMOs were loathed by everyone. But at least death had a sting.

In the platformer, a Mario-like game based on the new Peanuts film, Snoopy has three hearts of health that can be lost through contact with enemies. Whatever minor unease this potential loss creates is immediately countered by having Snoopy able to immediately recover his health where he lost it (actually, a good idea for platformers) and by liberal placement of health regen cookies that are almost always a few easy jumps away. A total loss of health — difficult to achieve — just means a restart of the level at the nearest checkpoint. Again, why even bother with a health system at all?

Now, the Peanuts movie game is made for younger kids, so no one would espouse the need for roguelike mechanics, but I contend that if a kid is old enough to play the game, they might be old enough to face the possibility of losing and on a simple level, start to understand the balance of risk, practice and success. 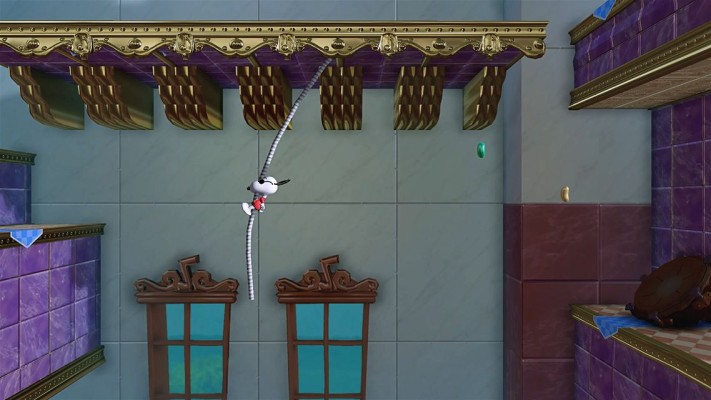 In a game where failure meant something, nailing this jump would be important.

Even some big-budget tentpole games are moving in this direction of little to no penalty for failure. I love both the reboot and Rise of the Tomb Raider but other than having to replay sections of the game there isn’t much gameplay sting to death. In fact, the worst part might be seeing the graphic and disturbing images of Lara falling to her demise or being impaled on a piece rebar. In the case of Tomb Raider, I feel bad for having caused the character pain more than frustration at messing up the gameplay. Just Cause 3 likewise has a character virtually immune to injury or death and on the occasions where there is failure, there is no loss.

Once upon a gaming time, MMORPGs like the original Everquest forced the player to recover lost gear and experience via the dreaded “corpse run” — pretty much the same mechanic that informs all the Souls games. It was inconvenient, but brought home the fact that being careless or unskilled carried with it a penalty and was an incredible incentive to build up the character’s attributes. World of Warcraft kept the concept but made the process much less risky, and Black Desert Online — which has some of the most incredible visuals of any MMO and very engaging combat — also has virtually no death penalty other than a “respawn and try again” mechanic.

At the same time, there are legions of roguelikes — the Super Meat Boys of the world — and action games like the Souls franchise, all of which earning the reputation of being difficult or even unfair. But are they? Perhaps they’re just harkening back to something purer. You know, actual games where there are rules and risks. 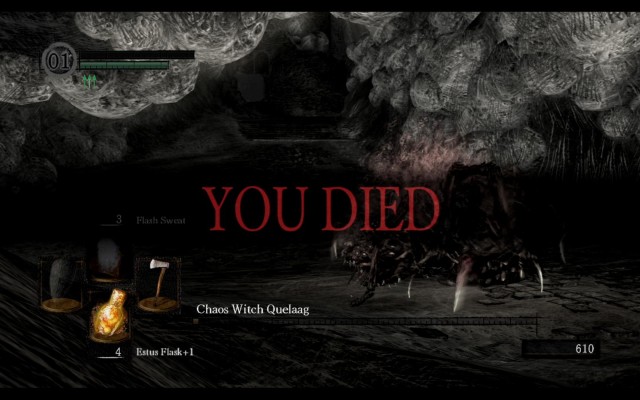 In Souls games, death is a teaching tool.

In a world and culture where “affluenza” is a thing, parents hover on the sidelines of every youth sports event and grade inflation has all but made academic integrity a thing of the past, I wonder if games in which there is the appearance and motion of conflict but no real consequence to failure is symptomatic of bigger forces at work. Misguided social critics blame games for gun violence, but maybe we should worry more about a generation of kids who play games in which they are taught they can’t lose, that they’re invincible, and that real challenges are “unfair.”