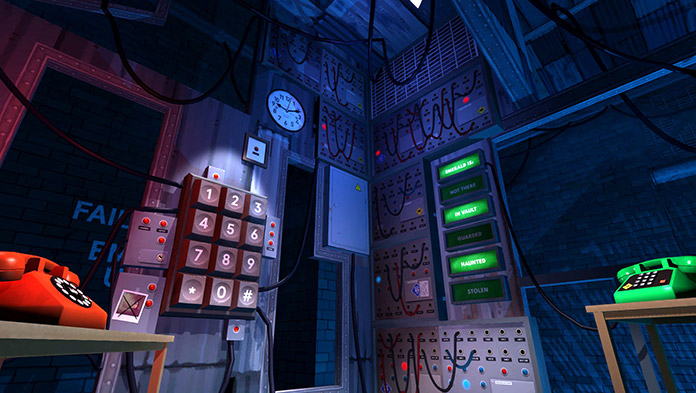 Few games this year made me smile more than the wordy, quirky Dr. Langeskov, The Tiger, and The Terribly Cursed Emerald: A Whirlwind Heist. That’s probably not a surprise, given that William Pugh, the developer behind The Stanley Parable, headed up development on Dr. Langeskov, and the influence shines through. It’s a short, impeccably written comedy-exploration game where all you’ll need to do is follow the instructions of the narrator — or don’t. (It’s way funnier if you don’t.) It’s tough to write about this game without giving too much away, so instead I’ll just say this: it’s free and the system requirements are low. Play it, have a laugh, then play it again. 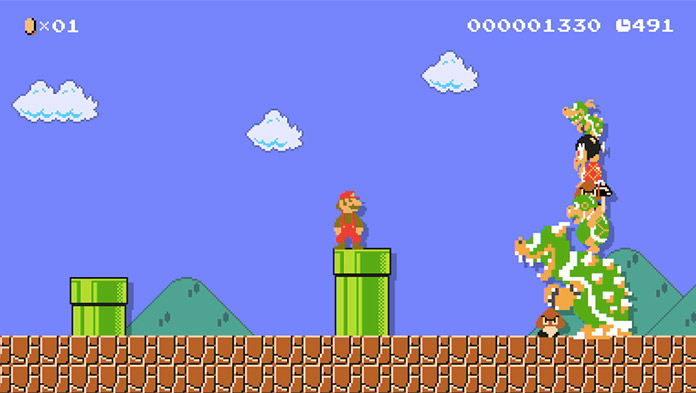 I bought a Wii U specifically to play Super Mario Maker. There was never a chance this game wouldn’t make my list at the end of the year; it just doesn’t get much better than the promise of “infinite Mario levels.” Super Mario Maker managed to condense its incredibly powerful toolset into a blissfully user-friendly interface in a way that gets out of the way of your imagination and lets you can create the Mario levels you dreamed about as a kid. It’s a real treat being able to come home to dozens of fresh Mario levels every day. Super Mario Maker should be on every player’s shelf. 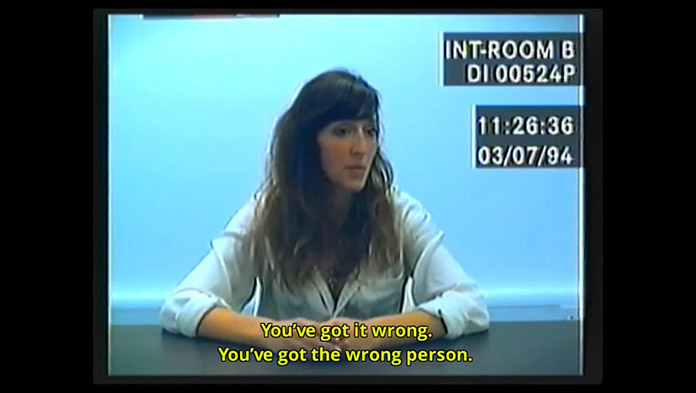 I took notes while playing Her Story. I drew out mind maps. I scrawled ideas, crossed them out, then scrawled out more. Her Story’s wonderfully simple concept — you sit in front of a police computer searching through tagged clips of a woman being interviewed to piece together the story — branches out in so many directions that I needed some way to keep up with it. All the clips have been transcribed, so you can type in search terms to find clips that contain specific words; the game opens with the term “murder” already filled in as a jumping off point. Most clips have at least a few words that’ll likely stand out to you as possible leads, so one promising term leads to five before you know it. Unraveling the story of Her Story onto the pages of my notebook was one of the most involving, rewarding experiences I had this year, and I can’t recommend it enough. 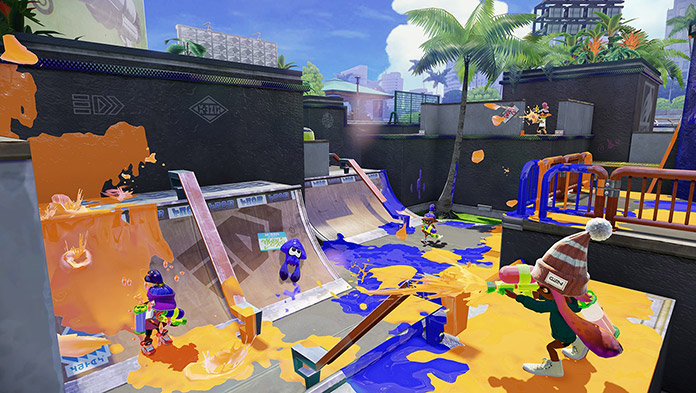 It’s pretty surreal seeing an online multiplayer third-person shooter from Nintendo up here, but there’s nothing surprising about it once you’ve played it. Splatoon’s unique take on the genre puts a premium not on your ability to get dope no-scope headshots, but on your ability to actually do the objective. The outcome of a match — and how well you do individually — is measured by how well you took control of the arena by covering the world in your team’s colored paint. It’s a novel concept, one that feels friendly and relaxing and manages to level the playing field in a brilliant way; anyone can jump in and make a difference, regardless of skill level. Splatoon’s movement mechanics tie into the objective in a similarly inspired way: at any time, you can turn into a squid and swim quickly through areas painted with your team’s color. That Splatoon also sports an inventive ’90s Nickelodeon vibe with its vibrant look and amazing soundtrack only cements its position on my list. What a delightful game. 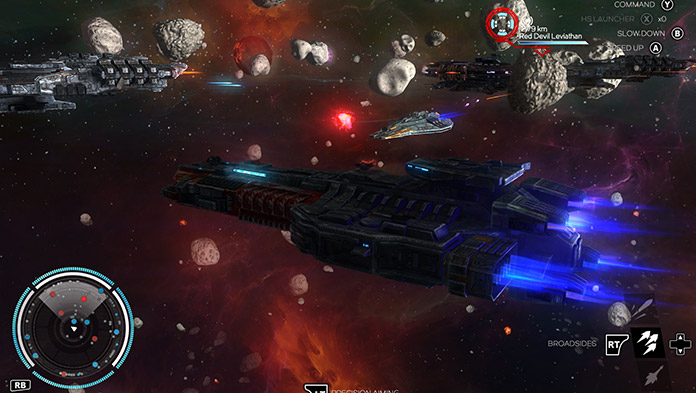 I had no idea what I was getting into with Rebel Galaxy, and I certainly didn’t expect it to grab me as hard as it did. It’s finally the game that lets you take on whatever role you want: the rogueish smuggler with a heart of gold, the hard-nosed military man, the cutthroat pirate. You can build your ship for the style you want: long-ranged power shots, a dirty up-close brawler, or something in-between. You can go to seedy bars and pick up mercenaries, bribe or threaten for information, hunt for bounties, smuggle contraband. You’ll never know quite what you’re going to find at the end of a long lightspeed warp — be it your objective, the military, or a pirate ambush — and that’s the fun of it. And it does all this with a ripping guitar soundtrack in the background reminiscent of Firefly. Rebel Galaxy is an awesome game. 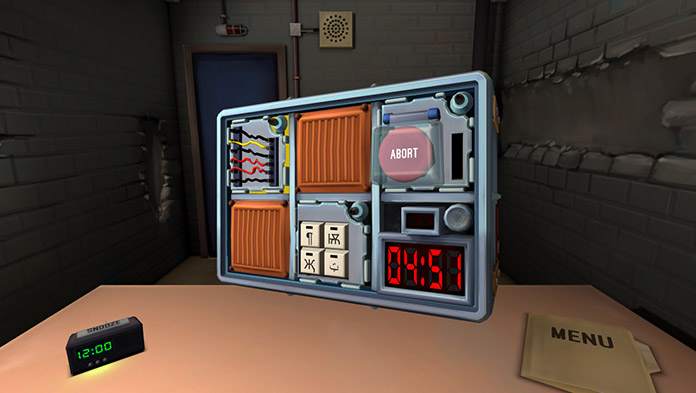 Any game that inspires friends to erupt in a cacophony of increasingly panicked yells and hopeless laughter is all right in my book, and in that respect, Keep Talking and Nobody Explodes delivers in spades. It’s a chaotic, asymmetrical cooperative multiplayer that feels like Spaceteam with a little more focus. One player has a bomb but doesn’t know how to disarm it; the other player(s) has a binder — yes, a physical binder — with bomb-defusal directions. Everyone needs to share information orderly, accurately and preferably politely in order to beat the clock and defuse the bomb in time. It’s a concept that inherently leaves the door open for hilarious arguing when you find out that crucial bit of information the other person either left out or got completely wrong. For me, this game is not just the particular brand of chaos I love in local multiplayer games, but it also manages to be the perfect game to play over the phone with my close friends now that we’re all scattered across different states. Keep Talking and Nobody Explodes is the perfect party game: everyone can enjoy it, everyone will yell at each other, and it’ll be a beautiful mess. 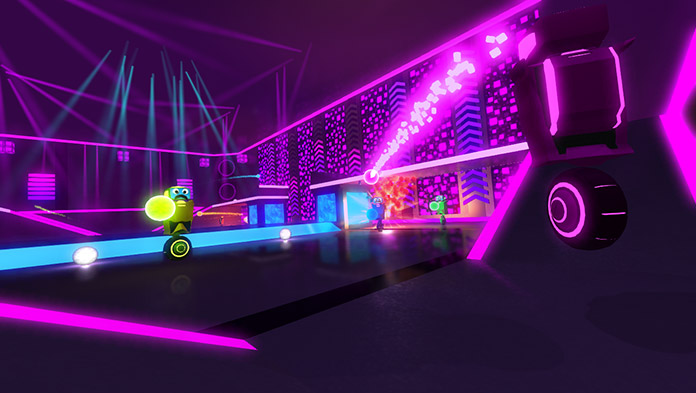 In my time with Robot Roller-Derby Disco Dodgeball, I couldn’t find any flaws with the design of the game. Every part of it is wild and inventive, yet impeccably designed and honed. It’s a classic arena first-person shooter with a twist — well, several twists, actually, as you could probably tell from the title. Instead of shooting guns, you’re playing first-person dodgeball. You can catch a ball in mid-air, then spin around and throw it at another player before you land. It’s fast-paced and well-considered, with each twist adding a tangible benefit to the design, i.e. making players robots with wheels means you can pull off those crazy stunts, sure, but it also guarantees that your momentum gives other players an expected trajectory to aim for. Robot Roller-Derby Disco Dodgeball would’ve been a perfect game if not for one factor outside of sole creator Erik Asmussen’s control: a low player count. Things may have picked up since I last checked it out, but no matter: my time with Robot Roller-Derby Disco Dodgeball was easily still some of the most pure fun I had with a video game this year. 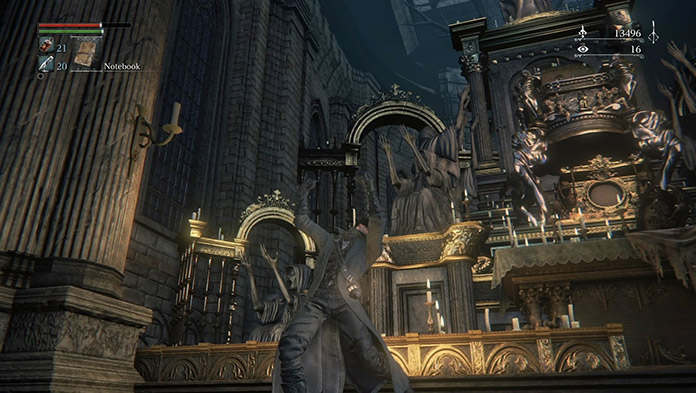 Taking away the shield was a cruel, but inspired move on the part of FromSoftware, the maniacs behind the infamous Souls series. The shield was the last vestige of safety you had in those games, so going into Bloodborne felt dangerous for me in a way that Dark Souls II didn’t. It swapped the slower pace of combat from the Souls series with quick dodges and fancy trick weapons that morph between forms with a button press. Bloodborne invited us into its torturously beautiful world with the promise of Victorian thrills, werewolves and a healthy dose of blood magic, but surprised us all with an Eldritch horror story beyond imagination. I got invested in Bloodborne to a degree that I just didn’t for almost any other game this year. 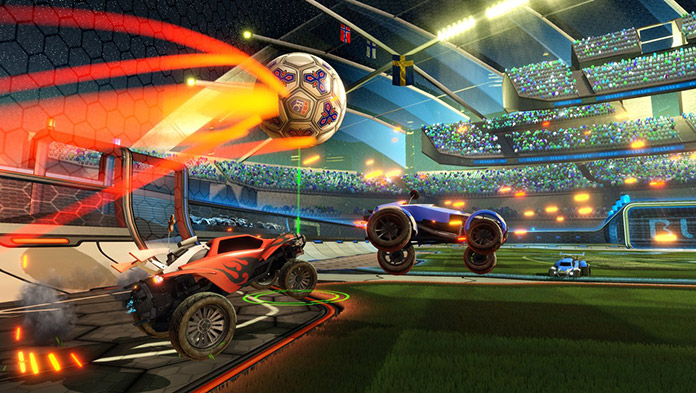 Every single time I played Rocket League, I had a fantastic time. Whether it was a quick five-minute match before work or a two-hour marathon, every play session felt like an emotional roller coaster of intense highs and lows. Every day spent with Rocket League would end with at least six more saved replays of unbelievable goals, aerials and bicycle kicks. Rocket League is the surprise story of 2015, a game that nobody really expected to be that great that went on to absolutely floor everyone. Rocket League is an incredible game. 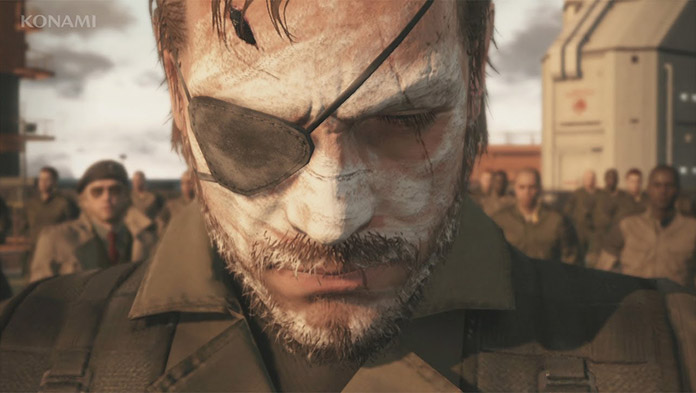 It is absurd how much I adored this game given how much distaste I had for the Metal Gear franchise going in. I couldn’t make it more than half an hour in most Metal Gear games before getting too frustrated by the bad controls and giving up, yet I poured several days’ worth of hours into The Phantom Pain. It is without question the best stealth action game I have ever played, allowing for unprecedented levels of freedom in how you approach each scenario and what your personal play style will be like. Half of the fun was debriefing with friends to see how differently we each tackled the same missions, and excitedly discussing all the crazy, memorable things that happened during our playthroughs. Metal Gear Solid V: The Phantom Pain is a masterpiece.