Have you been eyeing that smaller New 3DS? Do you love Pokemon? Well, does Nintendo have the bundle for you. A limited edition New 3DS bundle featuring digital versions of Pokemon Red and Pokemon Blue, an exclusive theme, and two sets of faceplates will be released in North America on February 27. That same day, Pokemon Red, Pokemon Blue, and Pokemon Yellow will become available on the 3DS eShop.

Only the second bundle to include the smaller New 3DS system in North America, it certainly looks like one of the most attractive packages in recent memory, and a brilliant way to celebrate the Pokemon franchise’s 20th anniversary. Nintendo has yet to announce pricing or pre-order information, but we’ll be sure to keep you in the loop. 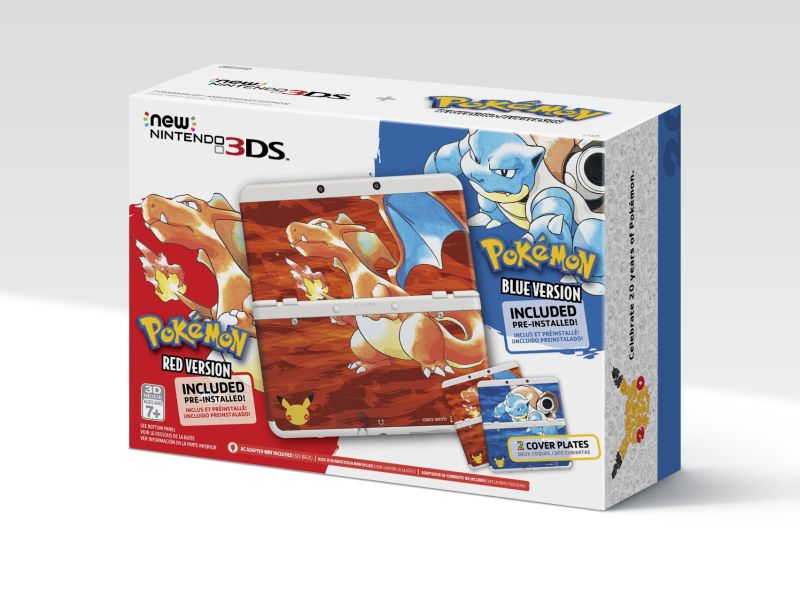