While it’s not the yet-to-be-revealed fighter in Pokkén Tournament, it is worth noting Suicune will have a variant to its coloring. Much like the recent Lucario announcement, Suicune will have an additional color choice when duking it out in battle.

This ‘white cloud’ version of Suicune was revealed in an image promoting its Banpresto DXF figure. It has the Player 2 text just like Lucario, so we know it will be playable. There is however, no word on how to obtain the figure or when. If it will be another lottery style drawing, that should be announced within the next two months.

Pokkén Tournament releases on March 18 in Japan for the Wii U. 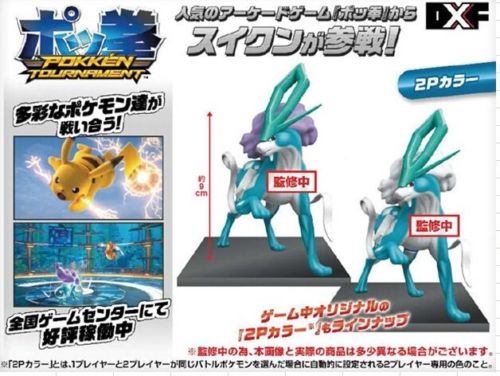