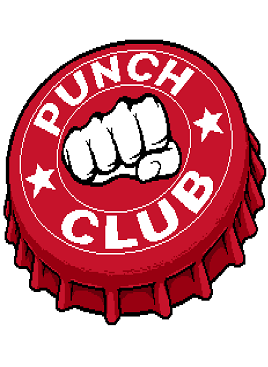 No one ever said that the life of a professional fighter was an easy one. There’s the need to optimize exercise time to focus on the proper strengths and skill sets. Balancing diet for quick energy versus needed protein can be daunting and expensive. That means a day job must be worked. Of course, the fights themselves must be handled properly. All of these and more drive the stat management gameplay of Lazy Bear Games’ frighteningly enthralling Punch Club.

The basic plot plays out like an alternate take on Batman. What if the Waynes were not a super rich family when Bruce Wayne saw his parents murdered? What if, instead of becoming the Dark Knight, he decided to be Rocky? This core plot adds the drive to progress through the long story found in this tinyBuild published title. How the tale unfolds is dictated by the player. Throughout the game, there are numerous choices that can be made that adds wrinkles to the story and opens up events that would remain unseen by other players. Each player will have a different experience on their journey of vengeance, and replaying the tale to see what could have been is highly encouraged. One player might choose to take the “magic potions” on offer at the fitness store to buff up faster, and have to deal with the ramifications of the decision. Another could forgo this and earn their strength the hard way. This is but one of the myriad options that will present itself.

Along with navigating the story comes managing the fighter’s life. He does need to eat, but working depresses him. There needs to be recreational time as life is too short to not take some enjoyment from it. Additionally, there is also the need to put in heavy amounts of time at the gym to remain competitive in the numerous fighting circuits available. This lends weight to the decisions made, as not everything can be satisfied at once. Keeping the hero happy and strong will require some sacrifices. 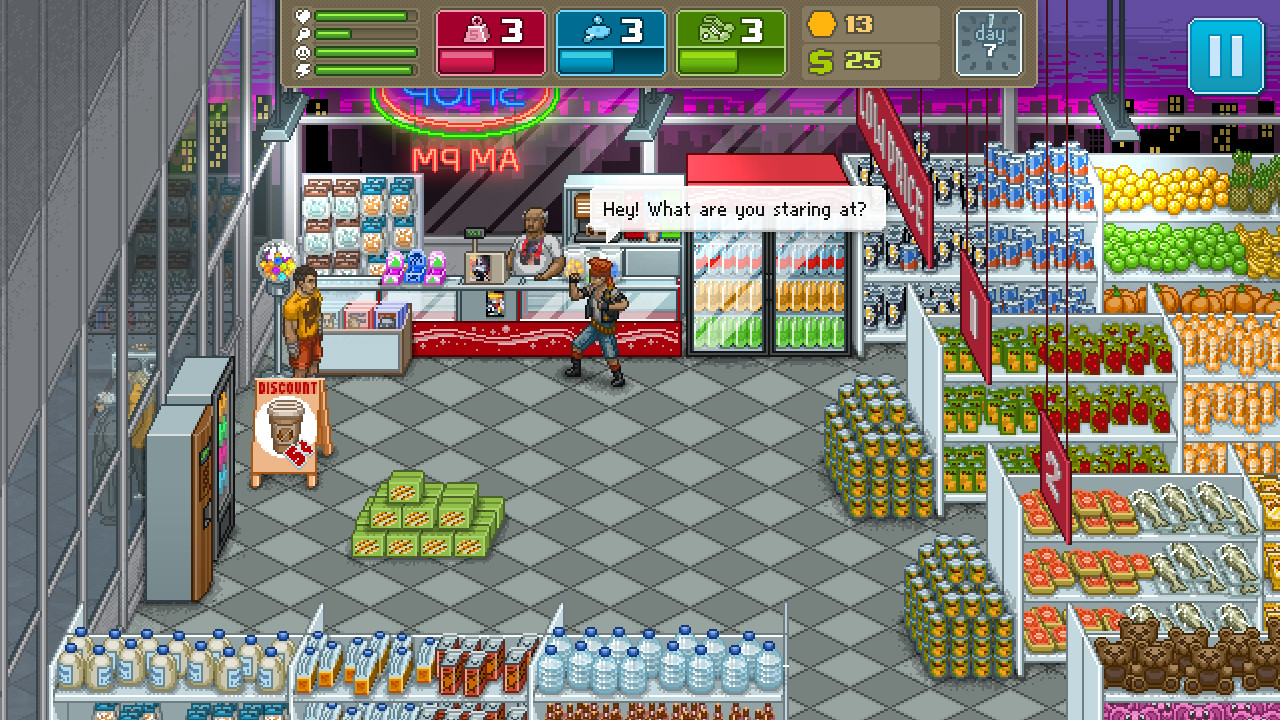 This need of balance also bleeds into the strength system. There are three primary stats to worry about. There is strength, which dictates how hard a strike is, agility, which is needed to actually land the hit, and endurance, which dictates stamina. It is highly recommended that the player focus primarily on one stat, keeping a second stat slightly raised. For example, the strong bruiser would want to keep his strength high, but his attacks use more stamina. Therefore, paying attention to endurance is required. Of course, strong hits mean nothing if the pugilist cannot stick the attack. All of this allows the player plenty of room to experiment with builds to find the most effective use of perks that are unlocked via decisions made in the story. These decisions are bolstered further as the player earns skill points to spend in an expansive skill tree, earning moves and even more perks.

The fights themselves are relatively hands off affairs. Before the fight begins, the player is afforded the chance to inspect the opponent. Based on the opponent’s build, the moves that the fighter will use in battle can be chosen by the player. There are various modifiers that can also be added in. Does an opponent look like he might be able to wear down the fighter by virtue of higher endurance? It might be worthwhile to attempt moves that drain stamina, though they may have their downside. After the choices are made, the battle begins. The fight plays out based on the skills chosen until the round ends. Afterwards, adjustments to strategy can be made. This all may sound basic, but all the options available keep it interesting. 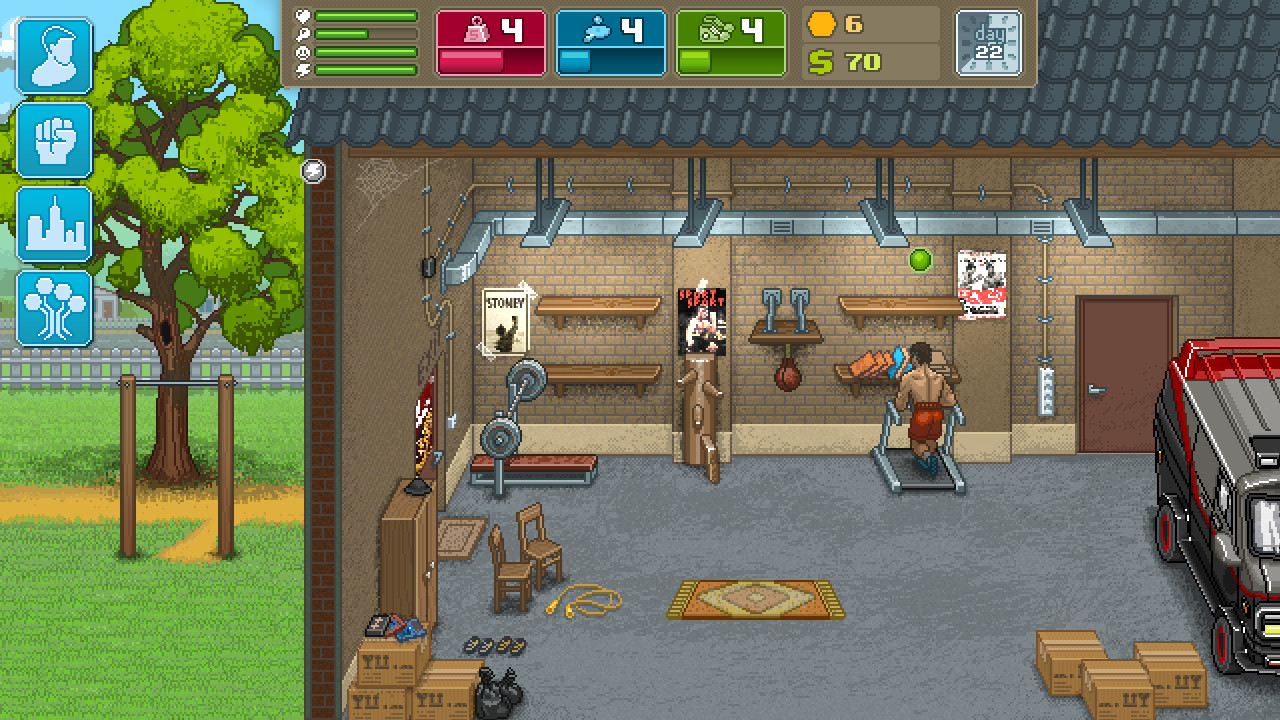 Along with the engrossing game mechanics, one can find a lovingly detailed world to explore. The visual style found here is that of a very high end 16-bit title. The animation also succeeds in capturing the retro aesthetic quite well. Everything the environments are highly detailed and littered with pop culture references, just to make sure that the player is paying attention. Jay and Silent Bob like characters can be found standing outside of the convenience store, a certain famous purveyor of an underground circuit can be found outside the bar and even the hero’s primary construction job at the beginning dresses him up like Arnold Schwarzenegger in Total Recall. The attention to detail is just astounding. Sure, some of it can come across as the developer saying “Hey, remember this. So do we!” but the humor still triumphs more often than not.

If there is one legitimate downside to joining the Club, it’s that the music becomes overly repetitive. While the chip tunes are extremely well done, there just isn’t enough variety to them. It can become a tad grating during the marathon sessions that this title will tear out of the player. Sure, the volume can be turned down, allowing the player to just pop on their own music, but it is a glaring oversight in an almost perfect experience. 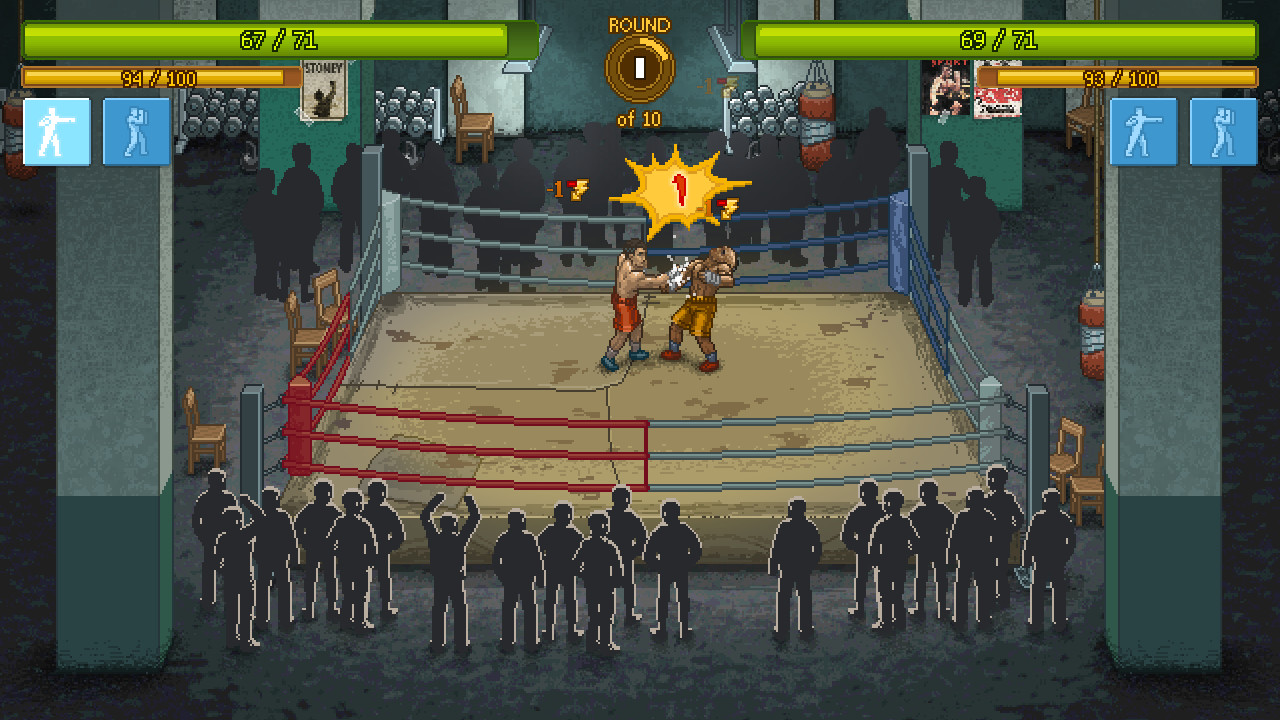 When writing this review, great care was taken not to reveal too much regarding the events that can occur in the game. As the story and surprises that can be found here are a major reason that Punch Club is so utterly fantastic, it would be detrimental and just plain villainous to ruin it for other people. Lazy Bear Games have created a retro themed-world that is wonderfully entertaining and simply must be experienced by gamers far and wide. Considering that this is the inaugural title for the Russian studio, this realization of their vision is all the more impressive.