From a collaboration between developer Night School Studios, Skybound, and iam8bit, the collector’s edition for upcoming teen mystery movie-styled adventure game “OXENFREE” will feature a variety of physical, game-universe items for fans and well… collectors.

OXENFREE sees a group of teens who venture to an abandoned military island for the novelty and partying potential. It’s all fun and games, of course, before they find themselves opening a great portal to another realm.

The collector’s edition for the game, while not yet available, will feature a stash can, a six-pack cooler, can insulator, ferry ticket, foldout tourist map, a “Redheaded Bedwetters” demo tape by SCNTFC, a download code for the demo tape, and of course the game download code. You can see the image for all that’s included with the collector’s edition below. It is currently available for pre-order at $55 and will ship in February. 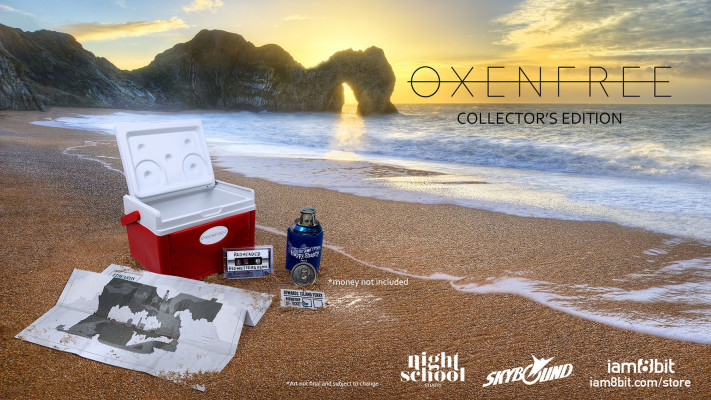 OXENFREE is available now on PC , Mac, and Xbox One. A PlayStation 4 release is also in the works but will be out at a later date due to the developer’s exclusive launch window with Microsoft.