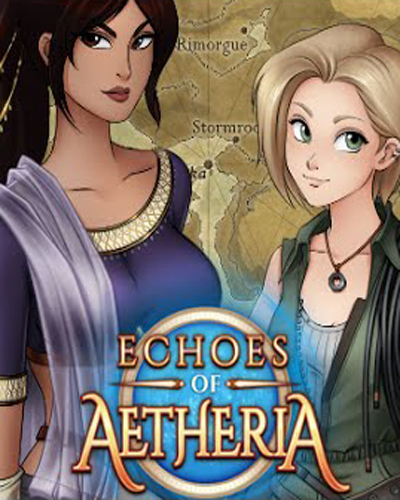 Back in early 20th century, composers such as Igor Stravinsky and Serge Prokofiev began to write music in a style that was dubbed “neo-Classical.” Partly as a reaction to the discordant and unappealing — at least to audiences — music that was filling the concert halls with cacophony, neo-Classical music was a return to the balance, symmetry and simplicity of Mozart-like melody and harmony. The style didn’t last long, because art likes to move forward and neo-Classicism felt like a retreat.

What does this have to do with Echoes of Aetheria, a new JRPG-style game from Dancing Dragon? The developers have painted themselves into an interesting conceptual corner. Echoes of Aetheria is clearly an homage of classic Final Fantasy-style JRPGs, but if the creators hew too slavishly to the mechanics and aesthetics of the old, great games then what’s the point? It has been done. On the other hand, if Dancing Dragon strays too far from the template, hardcore fans will be disappointed and the game will lose its connection with the past.

Echoes of Aetheria, it must be noted, is not the rather controversial Echoes of Eternea, which was a game notorious for being one of the earliest Kickstarter ripoffs. Echoes of Aetheria  is a lengthy and feature-rich RPG-Maker style game with an epic campaign and combat that lies somewhere between Final Fantasy and The Banner Saga in its mechanics. The Steampunk shaded story begins interestingly with an abduction of a bride from a State wedding, a ceremony that would have brought two conflicting nations to an uncertain truce. A jealous prince and a slightly unscrupulous female mechanic join forces to rescue the bride, and pretty soon we find that there are all levels of military, political and personal intrigue complicating a seemingly simple kidnapping. To elaborate the story further would ruin the fun, not to mention be terribly long-winded in its telling. 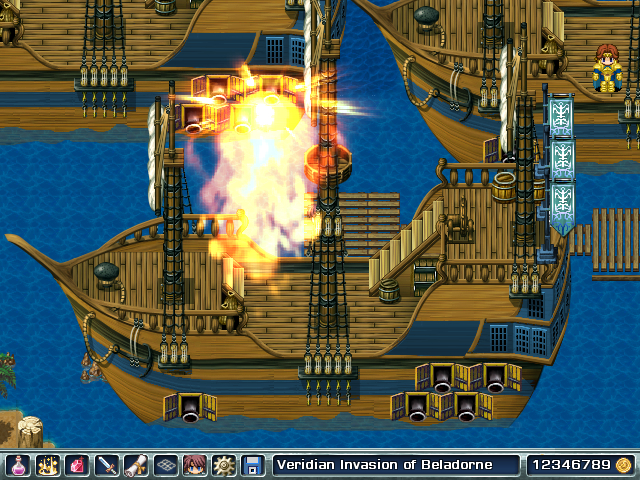 After the opening chapter/extended tutorial, an overworld map and home base open up and that sets the stage for hours and hours of gameplay moving towards a pretty strong and satisfying finish. Although its story is well-written in terms of beats and unexpected twists and turns, the moment to moment dialogue is inconsistent, veering between high fantasy formality and contemporary colloquialisms that feel jarring side by side. Echoes of Aetheria sometimes can’t decide if it’s a satire or epic drama.

Mechanically, Echoes of Aetheria sticks close to both the conventions of classic JRPGs and the limitations of RPG-Maker, using a 2D top-down view that switches to a more isometric 15-square grid for battles. There is a lot of exploration and fairly straightforward puzzle-solving of the “pull the switch in one room to open the gate in another” variety. There is a fair amount of backtracking to access previously closed off areas, and quite a copious bit of loot to find: crafting items, gold, spells, weapons, texts. Crafting eventually plays a very large part in the game and there are countless recipes to find and use to improve weapons and armor and spells. While the characters are traditionally class based, the game does encourage experimentation and allows for quite a bit of flexibility when equipping the team. 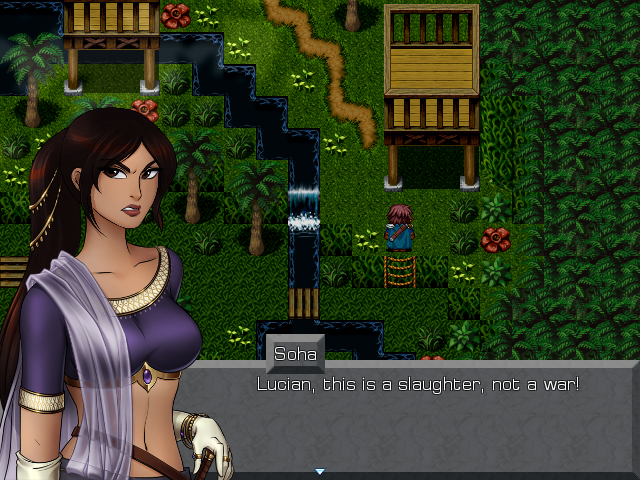 There is a lot of combat in Echoes of Aetheria. Enemies have movement patterns and although there isn’t stealth per se, they can often be avoided by either running past them — even when they notice you, most enemies don’t give chase for long or far — or evading them. Echoes of Aetheria’s battle system is not entirely dissimilar to that of games like Fire Emblem Awakening or Banner Saga. It’s turn-based and placement of characters on the battlefield become an important consideration. Characters have action points to spend on movement and attacks, magic, healing, buffs and debuffs, etc. Knowing which team members to bring into battle and which ones to leave back at HQ, knowing which weapons and special abilities to equip is at the core of these kinds of games. If a character falls in battle, they are not lost forever in roguelike finality. They’re simply out of the fight.

Echoes of Atheria looks like an RPG-Maker game, which is to say the tileset is very reminiscent of classic JRPGs, albeit crisper, more painterly and with a lot of telling little details to bring each area to life. Given its built-in limitations, it is a colorful and appealing game. There is no voice work, but its musical score is quite varied and full of charm or energy, depending on the circumstances. 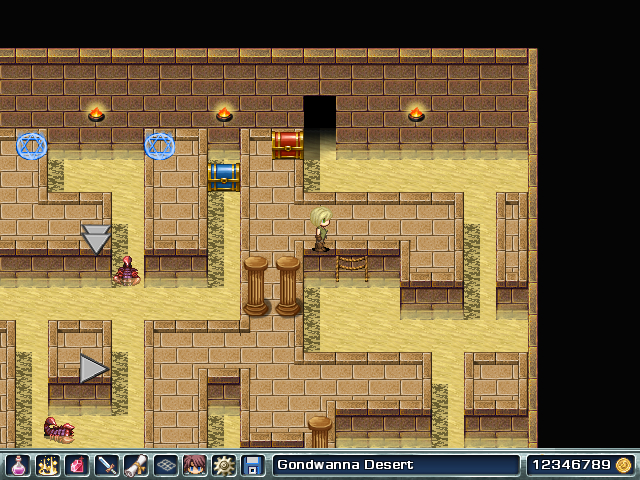 Played on its own, without worrying about whether it effectively changes up the hallowed tropes of early JRPGs, or conversely, sticks a little too closely to them, Echoes of Aetheria is fun. There’s an interesting story to drive the action, a lot of engaging combat, and characters that are distinctive and well written. Raise your expectations a little higher and it’s hard not to wish that the talented and hard-working team had felt less compelled to stick to the template, beloved or not. As the neo-Classicists ultimately realized, fake Mozart — no matter how lovingly well done — is still fake and an acknowledgment that sticking to the old ways is better than trying to move in a new direction.