During a panel today at PAX South, Loot Crate announced a brand new addition to their growing line of subscription service options. They have their Anime Crate, a pet crate, and their clothing crate. Now, I have personally covered my disappointment in Loot Crate in the past and detailed my new love affair with their competitor, Arcade Block. Not because Loot Crate was bad. Arcade Block just covered my interests better. Apparently, I was not the only one to level these criticisms and plans were in the works long before I said anything. Today, it was revealed that the service will now be offering a gaming focused crate entitled, coincidentally enough, Loot Gaming.

It was through working hard with various game companies that this new service has come to light. Loot Crate has been approached by numerous gaming outlets in the past, and has created game specific crates centered around the likes of Mass Effect, Fallout, and Call of Duty. However, they wanted to create something really special with this service. Therefore, in addition to classic properties like Zelda, subscribers can expect items that tie into the latest titles coming out, like figures and t-shirts. 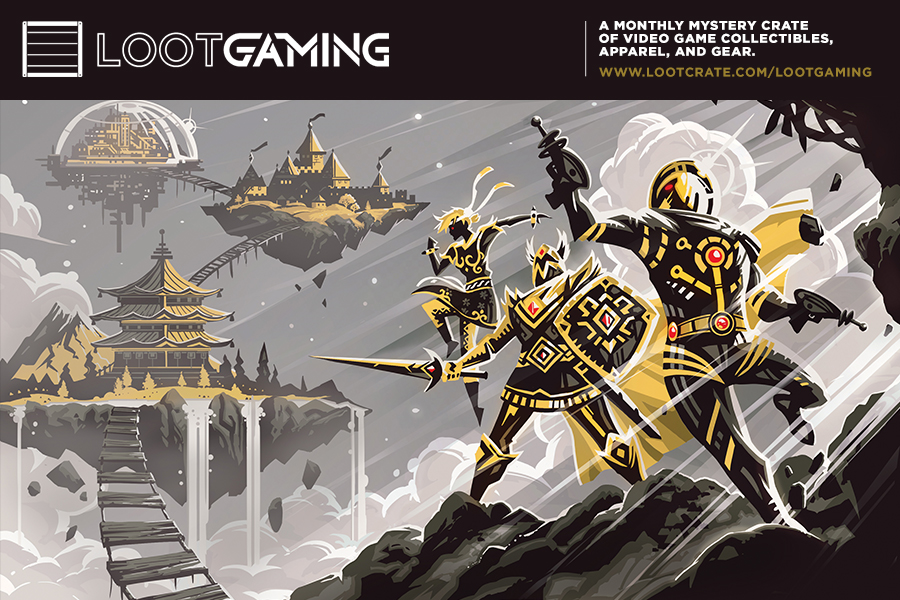 The plan isn’t to end here. Loot Crate has also mentioned that they will be working to include full games and exclusive DLC in various month’s shipments. One example given as to how this would play out: included in one month’s crate would be a figure for some popular fighting game that has a unique paint job. Attached to the figure would be a code granting the same exclusive skin for use in game. Their plans aren’t stopping there, but it is an intriguing thought.

The company has designs on highlighting AAA, indie, and classic gaming space in this monthly package, and it is something that looks to be very interesting. I’m not ready to give up on my beloved Arcade Block, but it’s looking like I’ll be putting my money where my mouth is on this on, too. It’s only money, right? While a date for the inaugural box of loot has not been announced, it will be sometime this spring. For those interested in signing up or getting updates, the notification sign up is here.