Based purely on aesthetics, it doesn’t get more simple in appearance than Action Button’s VIDEOBALL. This Iron Galaxy published title consists of brightly colored shapes shooting shapes at other shapes to score points. The appearance of the screenshots belies a hidden amount of depth that makes this title an addicting multiplayer title sure to be the cause of many a fight and ruined relationship. It helps that it’s really fun.

The action takes place on a 2D plane with players divided into two teams. The goal is to knock a ball past the far end of the opposing team’s side. While simple in theory, the practice is a tad more challenging. Moving the ball is done by shooting at it. A button tap is a weak shoot. Two additional levels of strength can be charged up, and a final level of charge places a square barrier to block the enemy. The other primary defensive option is shooting at the oncoming ball after the opposing team takes a strong shot. Hitting it with the correct timing reverses the course but maintains the rate of speed. Players can be stunned by being shot directly.

The modesty of the move set allows players to learn to quickly work together and create on the fly strategies. During my hands on matches, we played two versus two, with myself and a stranger on one side, and my buddy teamed with game creator Tim Rogers on the other. Even having never met my teammate, we were able to pick up what the other was trying to accomplish, and set each other up for goals. As more balls began to to fill the field, we would take turns defending against the opposing shots while the other launched a volley of their own. To my amusement and Tim’s increasing disbelief and frustration, we trounced them with ricochet shots, placement of defensive structures, and all around good teamwork. It’s not often that I can say I beat someone at their own game like that, and darn it, I’m going to boast.

This title will be coming to PC, PlayStation 4 and Xbox One. For those who want to play on console and have both options, the Xbox One is the superior option in this case, because it will support six players for local matches while the PS4 version can only do four. Both versions will have six player matches online. One thing to note is that there will be team ranked matchmaking in all versions, a feature that Rogers said was pretty much demanded by the players. 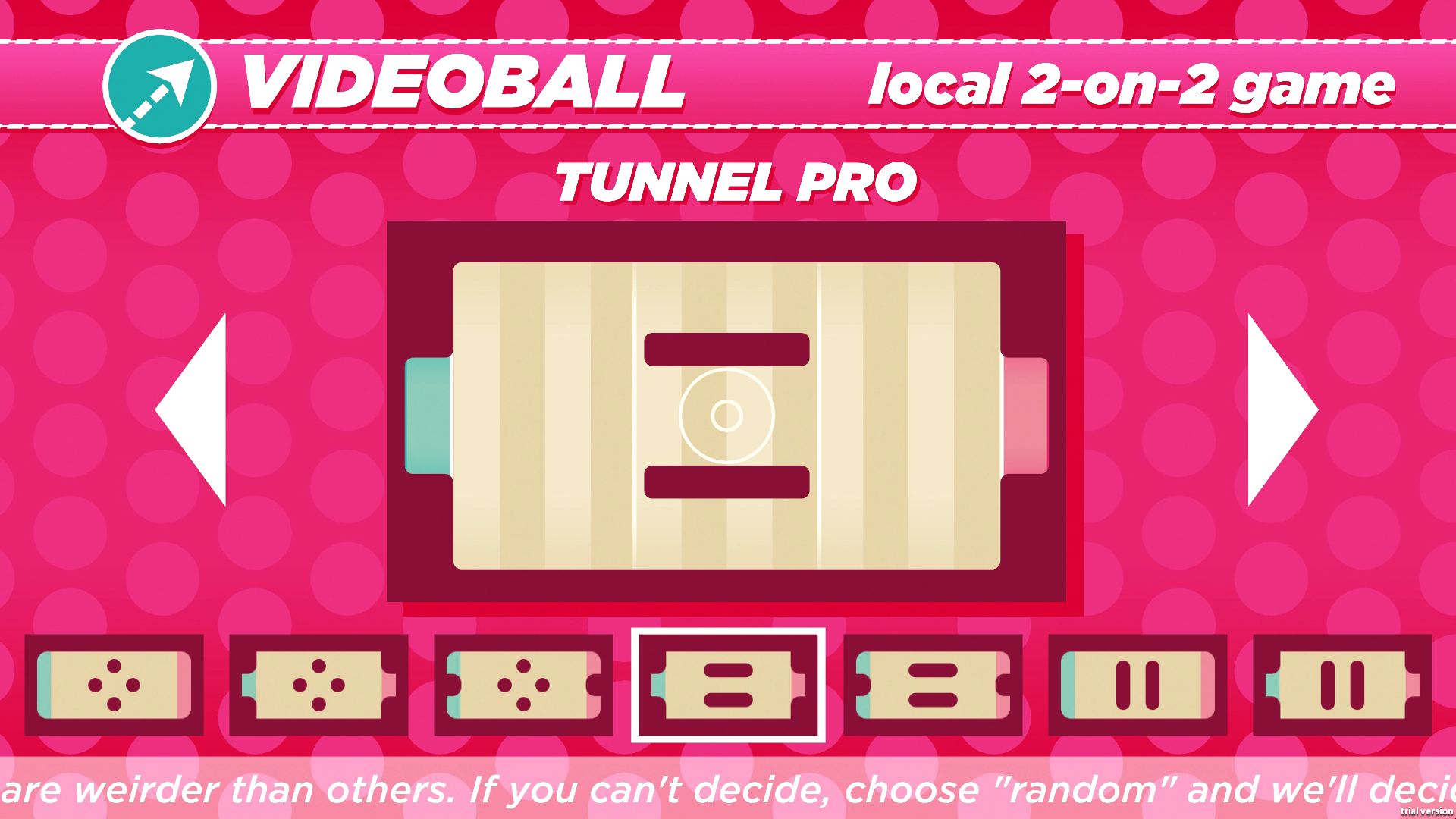 To be entirely honest, I wasn’t sold on this one before I checked it out. It looked to be a simplified sports game that would hold no appeal to me. After getting my hands on it, I came to realize that this is the product of quality game design. It doesn’t take a screenshot well, but it actually looks cool in motion. The play itself, while missing the wizz-bang of Rocket League, inspires the same feeling of competitiveness and comradery that sleeper hit brought forth. VIDEOBALL will be available later this spring.