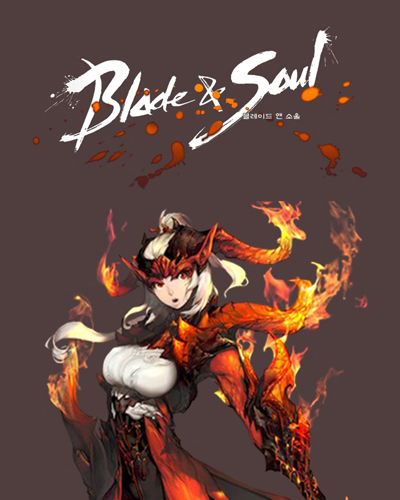 Launched in Asia in 2012, NCSoft’s MMORPG Blade & Soul has been released in the West and while it’s a polished and attractive game that makes a good initial impression, a more extended stay in its anime and martial arts-inspired world reveals some issues that impact its staying power. An enjoyable and skill-heavy combat system is unfortunately wedded to an uninspired and ultimately repetitive campaign. As MMOs go, Blade & Soul ultimately feels like a lightweight experience.

Actually, Blade and Soul — like so many recent MMOs — consists of an essentially single player campaign that prepares the player for PvP arenas at level 45. The anime-inspired story puts the player in the role of a mystical martial artist in training, whose school and revered master were destroyed by an evil sorceress, thus setting up the arc of revenge and retribution. After the well-produced cutscene-heavy tutorial chapter and in the game world proper, the player is quickly inundated by quests in service of one faction or another, leading them through the five major areas and dozens of locations.

The main story quests are voiced by earnest and American sounding actors, but sidequests are not and the quests themselves are grindy, a mixture of short instanced quests in mini-dungeons and environmental sub-bosses that are completed solo or by small ad hoc groups of players. The quests themselves show a stubborn lack of originality: kill x number of monsters, fetch y number of some object, rescue z number of prisoners. Thanks to the combat system, clearing the level of the constantly respawning mobs is fun for a while, but it’s also easy. The enemies aren’t smart, there aren’t scores of them at a time and on the rare occasion you die, there’s no real penalty other than the loss of progress. Despite the lovely Asian architecture and attractive environments, the enemies themselves could have spawned in just about any MMORPG. There is a fast travel system but within each major region, distances aren’t huge and the characters can run/fly along the treetops á la Crouching Tiger Hidden Dragon. 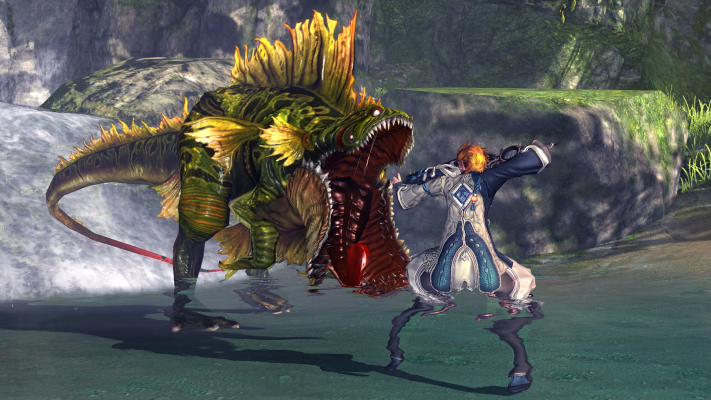 Blade & Soul has a strict class-based system but at least the classes are not gender locked. Consisting of seven classes that more or less conform to ranged, melee, dual weapon, and magic-using fighters, each has a unique system of combos and special abilities that really shine in the unpredictable and challenging PvP arena, where skillful use of abilities, strategy and practiced timing equate with success. It’s great fun to kick an enemy down, pick him up like a limp doll, then finish him off with a series of whirlwind slices and dices. When Blade & Soul is in “fighting game” mode, it’s great fun, especially for an MMO, and the area battles are impressive and chaotic. You can read the impact of a teammate’s strike on an enemy by color and add your move to the chain.

On the periphery of questing and combat, Blade & Soul checks off most of the boxes we expect with an MMORPG. There is a simple crafting system, but no player housing. There is some lightweight and relatively unimportant resource gathering and while the game is quick to remind the player that a cash shop is always open in which to spend real money, most of what’s there is cosmetic or convenient, like costumes, keys, or XP boosts. This isn’t a pay to win game, but you have to wonder about any game that encourages a player to get through its content as quickly and as expediently as possible. What’s the rush? There’s also a roulette-wheel mini game that they player can spin in-game that will pay out random rewards, and there are daily challenges to complete. 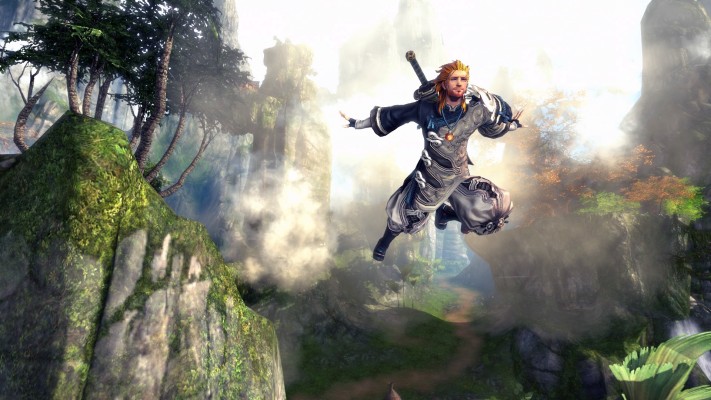 While not as graphically impressive as the upcoming Black Desert Online, Blade and Soul is a great looking game, with a bright, appealing and uncluttered look that might be described as “clinically beautiful.” It’s not in any sense a believably real world — creatures, people and animals move in their little proscribed patterns or stand around waiting to be killed and then respawn almost immediately — but the environments are varied and interesting. Four years after launching in Asia, most of the bugs have been squashed so the game runs smoothly with few hiccups. The musical score by Japanese game and media composer Taro Iwashiro is an effectively dramatic and emotionally varied blend of Western and Eastern instruments and musical motifs.

While we’re on the subject of aesthetics, it should be noted that this is one of those anime-influenced games — and characteristic of NCSoft MMOs —  in which women are overly sexualized and men are either androgynous or absurdly over-muscled, though some of Blade and Souls races tone this down a little. It’s not like Western games don’t objectify women, too, but when every female warrior is wearing some variation of stiletto heels, peek-a-boo armor and a g-string, as an adult it’s hard not to to feel vaguely embarrassed and/or creepy just being part of it.

Blade & Soul is a free-to-play MMORPG and as such offers a lot of content and gameplay for literally nothing. It’s attractive and has an interesting and flexible combat system that will actually take some time and thought to master, and lots of classes and move sets to play with. If you’re looking for an MMO that isn’t a generic high fantasy clone, Blade & Soul will be appealing. After a while, though, the romance fades and the grind sets in, and you realize that the good stuff is the PvP after level 45 and even then, there’s not that much to do. There are seven classes but every character slogs through the same story and the same quests and easy-kill monsters. It’s then that you realize the cash shop and XP-boots are there for a reason. It’s easy to recommend giving Blade & Soul a try, but hard to imagine sticking with it for long.