A long time ago, during a console generation far, far away, Traveller’s Tales gave birth to the first of many LEGO adaptations. LEGO Star Wars was the beginning of an awesome LEGO meets Star Wars game that revisited the first three prequel films. After the success of the first game TT Games went on to have a long and lucrative career Legoizing popular franchises and now with the beginning of a new Star Wars Trilogy, TT Games revisits the beloved franchise that put them on the map, but could they be getting ahead of themselves?

It’s a no-brainer that every major marketing campaign right now is riding the Star Wars name all the way to the bank, for as long and as hard as possible. I mean even bags of apples and oranges have the Star Wars label slapped across them. Fruit! Even frickin’ fruit is abusing the Star Wars name. It’s safe to say that Disney will do just about anything to get Star Wars fans to buy more of their products because lets be honest, if George Lucas still retained custody his brain child, we surely would not be walking around the super market looking at Star Wars branded oranges. 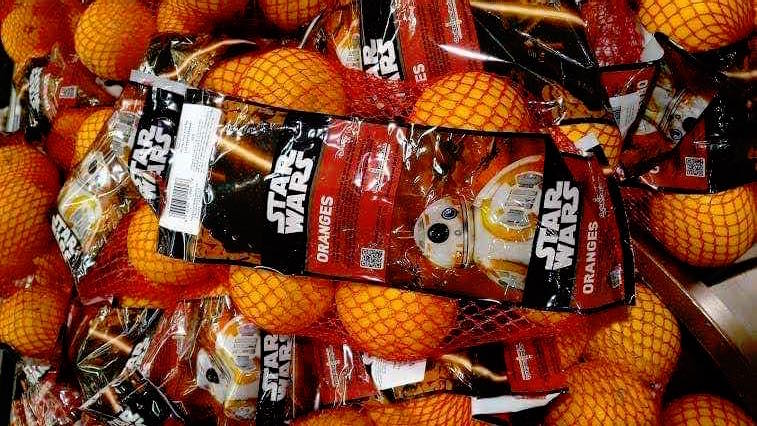 It’s only been two months since the Force Awakens hit theaters and all gamers should expect movie tie-ins to come down the pipe for these types of films, but I never expected to see a LEGO game arrive as fast as this one did. Now I’m not naïve; I knew that TT Games would be making a new addition to their Star Wars iteration, but I assumed we wouldn’t get our hands on this game until the release of the third new Star Wars film at the earliest. I was thinking that maybe after Rouge One, they would release a LEGO Star Wars with The Force Awakens, Rouge One, along with another unknown third entry. The reason for this thinking is that typical Lego games usually revisit and explore a LEGO retelling of three movies as they did with Indiana Jones, Lord of the Rings and the first two Star Wars and Harry Potter Legoizations.

Now it seems like TT Games is either jumping the gun or are being told to release a new LEGO Star Wars while people are still riding the hype wave. Although, according to Disney, Star Wars along with Marvel movies are planned to go on forever, so it’s not like they’re on a time table or anything to get these games out while they’re still popular. The game has been officially announced for a June 28 release on basically all existing platforms in order to rake in the most cash. Apparently there will also be a season pass for the game, meaning that gamers will have the option to purchase a more expensive copy of the game that includes the season pass (that we know nothing about, by the way) and for your blind loyalty to the beloved space opera franchise, you will be rewarded with a nifty and (buzz word alert) exclusive FN-2187 Finn Lego figure. Better start putting some money aside and save up for this clearly well thought-out deal coming down the drain.

The Force Awakens: LEGO Edition,will not only explore the content of the seventh installment, but will also feature new content filling in the gap between Return of the Jedi and The Force Awakens. To be honest, this is really the only real selling point the game has currently going for it. Now, this could be completely new and original content, but knowing Disney and all the time they spent on creating a clear-cut canon of their version of the Star Wars expanded universe, there is no way they would just let anyone create stories to fill in the gaps between episodes. Especially with the Marvel comics already doing that job for them.

In closing, it should be known that the game will feature DLC, which should be another red flag. The fact that the game only has one new Star Wars film to work off of, plus a gap filling insert for those who are nostalgic for the original trilogy and a unspecified season pass for the Deluxe Edition copy should make your skin start crawling. Although your excitement for the resurgence of all things Star Wars is high at the moment, be leery on just how complete the game will actually be.