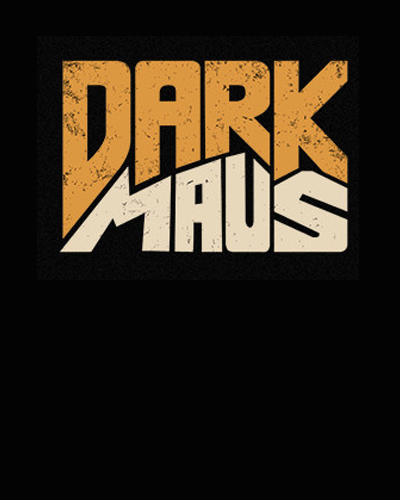 Explicitly and proudly influenced by Dark Souls, indie developer Daniel Wright’s DarkMaus is one of the most successful translations of From Software’s design philosophies into another genre. A top-down action game that looks absolutely nothing like a Souls game, it nevertheless distills the challenge and tension-filled atmosphere so common to those games remarkably well. Wright’s obvious goal was to take the familiar mechanics of Dark Souls — restorative campfires, weapons, loot collection, leveling and progression — and transplant them into a completely unique type of game. Like Dark Souls, DarkMaus is difficult and potentially punishing, but like its inspiration, DarkMaus also requires players to learn its systems and play in a patient and meticulous way. Dark Souls punishes the brash and careless, and so does DarkMaus.

Unlike Dark Souls with its convoluted lore, iconic NPCs, and richly designed environments, DarkMaus takes place mostly in a series of simple but spooky natural landscapes viewed from the top down and colored in shades of grey and brown. Twisting trees and spiky branches cast shadows and hide deadly spiders and creatures made up of twigs. If DarkMaus was a longer game, the environments might become repetitive but the relative variety within the overall aesthetic is a perfect match for the length, scale, and scope of the 10-12 hour game.The visuals are accented and brought to life by constantly shifting shadows thrown by the player’s torch and the essentially 2D environments still hold plenty of secret passages and doors. The music is a dark and moody ambient syth score that subtly clues the player about impending encounters.

DarkMaus begins — as many RPGs do — with the titular mouse character awakening on a beach equipped with a simple sword and shield. There are no explanatory cutscenes or gravely intoning narrator. We know what to do, and if we’ve played a Dark Souls game, we’re prepared to die, to learn from our deaths, and to inch forward. Instead of XP, we collect bone marrow — lost upon death, naturally — which can be used to level up core abilities (strength, stamina, pyromancy, etc) and unlock special abilities. Now and then we run into an NPC like Anna, another mouse, whom we must escort for a while and who aids us with her bow. There are no healing estus flasks — although there are limited healing items to consume — but like Dark Souls, there are many weapons and skills to choose from and weight impacts speed, with heavy armor slowing movement and combat. Like Dark Souls, rolling another character or playing through the game on New Game+ adds new items and enemies, so there is some replayability to DarkMaus. 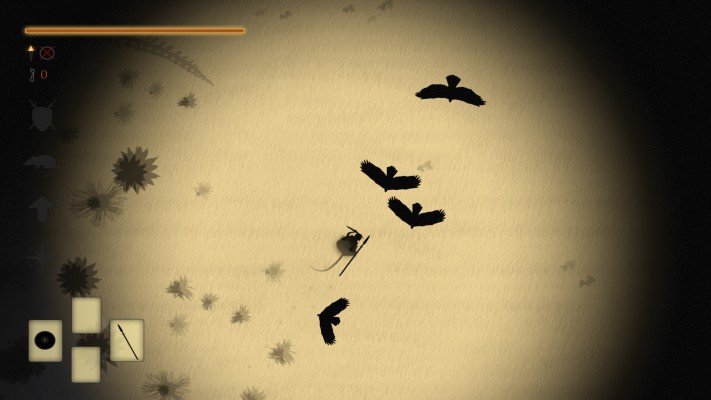 DarkMaus is a single player experience and there are no invasions or NPCs to summon. In place of it, there are Death Echoes, ghostly versions of the player’s character that can be spawned to assist in the game and it’s possible to eventually have a pretty robust little squad of ghost mice warriors, each member of which can be equipped with different weapons and skills. It’s a creative addition to the Dark Souls-inspired mechanics.

Wright has been very clear throughout the development that this is a game meant to be played with an Xbox controller, and while it’s playable with mouse and keyboard that is not an optimal approach. Even with the controller it takes time and some specific character tweaks before combat and movement feel natural and fluid, and early and frequent deaths while learning movement and facing are common and potentially off-putting to casual players. Overall, the interface is appropriately simple but the important stamina meter is a semi-transparent arc that might be better placed with the health bar in expected Souls fashion. 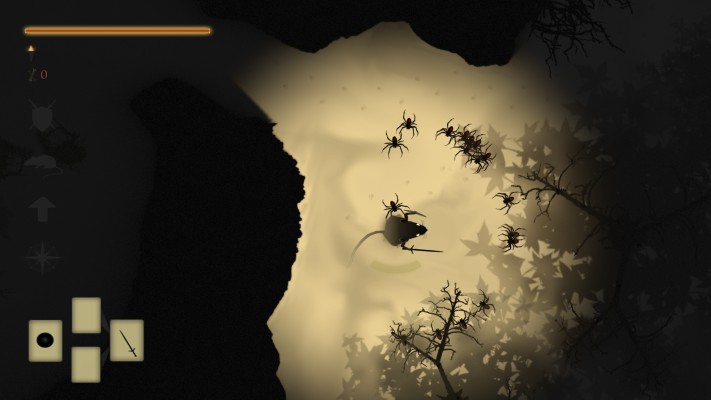 In DarkMaus, Daniel Wright has created a focused, challenging experience that successfully translates the core tenants of Dark Souls — careful approach to combat, high level of initial difficulty, wise use of resources and character development — into a game that looks deceptively innocent and benign. As a lone developer, Wright wisely chooses not to overreach and the game is stronger for it. There’s not much story but the juxtaposition of the cute little mouse against the ominous landscapes and brutal, Souls-like combat is a winning and effective combination. Other than Dark Souls itself, there really isn’t anything else remotely like DarkMaus.