With the untimely and tragic passing of sports icon Dave Mirra, it seemed time to celebrate one of the best decisions he ever made with his name. Anyone who read the title of this very post knows that this is not in reference to the solid Dave Mirra Freestyle BMX on PS1 nor the still decent PS2 sequel. Sorry about that. Dealing with lamentations of demise comes easiest for this author when using stupidity and humor. Fortunately, I have the stupidity part nailed. Be warned: while every attempt was made to keep this at the PG level, some folks may find some of this column tasteless and offensive. We had to keep in the theme of the game somehow.

Acclaim was well known for their classy way of doing business. From offering $10,000 to parents who name their child Turok, to paying families of the recently deceased to advertise a Shadowman game on the grave stone, this company oozed tastefulness like a stereotypical pimp that just won the lottery. Keeping with this theme came BMX XXX.  There are numerous theories regarding how this title came to be. The most logical, however, seems to be that Acclaim saw the underwhelming numbers from Dave Mirra Freestyle BMX 2 and decided to try to stand out in the extreme sports game marketplace. Their attitude, to paraphrase Bender B. Rodriguez, was “Fine! We’ll make our own extreme sports game! With strippers! And blackjack! You know what? Forget the blackjack!” 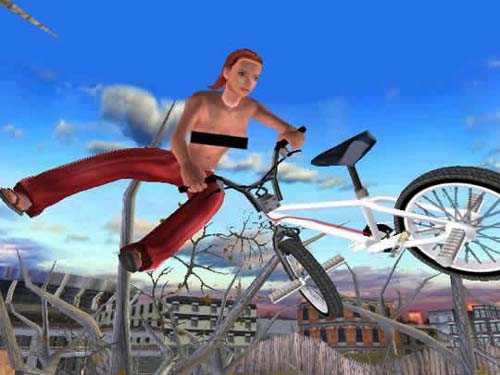 Mr. Mirra reportedly saw the new game that he was to be attached to and was less than pleased. Frankly, he appeared to feel that it was more of a misuse of his name than “The NAACP Presents the Unfiltered Thoughts and Musings of Phil Anselmo.” (For the record, thanks for tainting so many classic metal songs, Phil. You jerk.) With his support pulled, Acclaim doubled down on marketing this game as being specifically for the “mature” audience, putting particular emphasis on the partnership with Scores, the McDonald’s of strip clubs. The results were not looked upon with kindness. Of the three consoles, PS2, Xbox and Gamecube, the Gamecube version stands with the best Metacritic score of 60/100. Frankly, this is a tad generous.

Where it holds up the best is the actual riding and tricks. There are thousands of potential tricks to be assigned to a customizable character, with some decent animation. The feel of the gameplay is pretty janky at first. Pulling off the tricks can feel a bit odd to veterans of the Tony Hawk games. With a small amount of time and effort, it still manages to make a certain amount of sense and become rather enjoyable. Exploring the open world and creating lines could be an enjoyable experience if the level design was better. 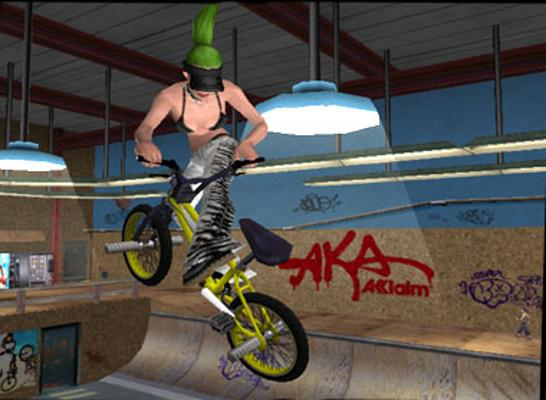 This is the biggest area where this game fails at being fun. The levels feel haphazardly thrown together. Goals are thwarted by seemingly random occurrences that either had no thought expended on the placement or was designed by a sad, stupid jerk. This makes progressing feel less like a reward for skill than the game giving up before the player does. My riders spent more time on their back than a coma patient. In short, this game is a chore.

This could have been made worth it if the actual writing and scripting was more amusing. It is not. Reuniting dogs so they can hump with abandon and dealing with so much poop that every character probably collects E. coli like baseball cards might have been funny with a deft touch and an eye for what makes a joke work. The folks assigned at pulling this off failed on both fronts. It was almost like they pulled a group of fifth graders in the room and took a survey of things that were “naughty.” The results were the set up and punchline of every situation. “Expletive,” BMX XXX says. “Hahaha,” the audience was presumed to respond. We didn’t, Acclaim. We didn’t.

Finally, there is their marketing department’s biggest selling point. Breasts! Outside of the litany of obvious answers, who doesn’t love a good set of wubbly-jubblies? Apparently, the answer is the plastic surgeons who operated on the ladies that are featured in the live action “reward” videos for completing a certain amount of objectives. These poor women would all be turned down by any number of botched appearance enhancement reality shows for being too horrific. A legitimate pity must be felt for these women as they are human beings with feelings, hopes, and dreams, but that isn’t why this game exists.

In this author’s personal opinion, there is nothing wrong with creating a title for the hormonal male. It shouldn’t be every game, but games can be escapism and creating something that caters to the baser instincts is acceptable within reason. This game managed to fail badly at even that, relegating it to “you had one job” territory. BMX XXX is so horrible at titillation that emergency rooms use it to cure Viagra overdoses. It fails so hard at wood that animal control keeps it on hand to destroy errant beaver dams. This is eye candy with a razor blade in it. Bad lighting, bad editing, and being unappealing overall just don’t make these worth the time to unlock. 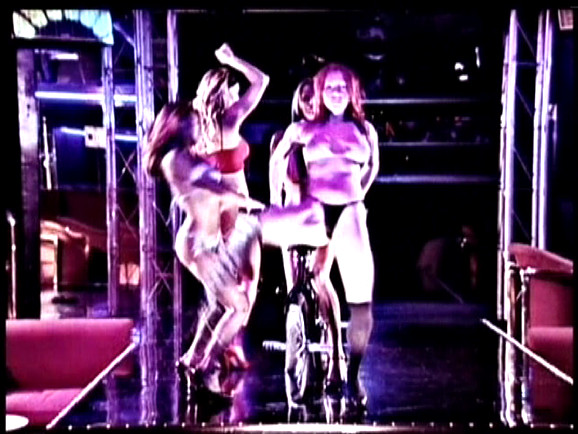 No. Oh, heavens no. It can be said that a person’s measure can be taken not just by their actions but by what they disassociate from. In this case, Dave Mirra showed that he was a decent human being who obviously cared about his fans. He didn’t want his name tainted by this mess of a game nor did he want to betray his supporters by tacitly endorsing something that didn’t live up to what he believed they deserved. He should be respected for that as well as his many other skills and accomplishments. Rest in peace, Dave. You will be remembered fondly.