Confession: I did not enjoy Oxenfree one bit.

If you’ve read my reviews in the past, you’ll know that narrative-heavy quasi-mainstream indie titles hold a special place in my heart. Whether it’s Her Story, Gone Home or, most recently, Firewatch, there’s something about bizarre story-heavy independent games that finds a way to capture my attention unlike most anything else. Granted, there are some downright awesome AAA games that I’ve enjoyed more than the aforementioned titles, with all three Witcher games immediately coming to mind, but it’s hard to ignore when a certain group of games gets you super excited. I’m not alone in wanting Night School’s Oxenfree to have been a title I screamed to the heavens in praise of, that much is certain. A combination of nightmarish technical difficulties, issues with story pacing and the actual speed of the walking mechanics, however, turned Oxenfree from a game that could have stolen my heart to what amounts to the biggest personal disappointment of the year so far.

It’s worth noting that this article is purely based on my experience with Oxenfree on the Xbox One, so if you’re someone who didn’t encounter a single bug or issue and absolutely adores this ghostly adventure title, then you’re well within your right to disagree with the points below. One can only judge a game based upon what they encountered, and when game-destroying scripting bugs and technical issues are sprinkled on top of a game whose story actually underwhelmed you, it’s natural that disappointment will ensue. Oxenfree served as a personal reminder that a great deal of titles might seem awesome when you go in blind, but once all is said and done, you wonder if it was worth it to play in the first place. Yes, there are things that Oxenfree has done quite well, but the console version suffers from major problems that made attempting to go through the three-to-four hour campaign a nightmare that persisted over the course of a week. 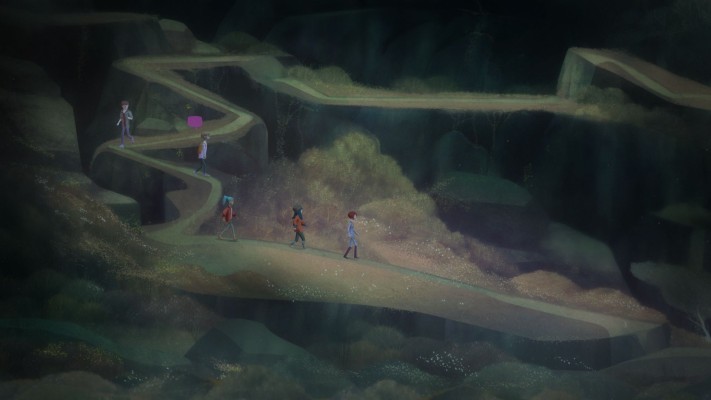 For those of you who have no idea what Oxenfree is, it’s actually rather simple. Combine Scooby Doo with the vibe of Life is Strange and then throw that into a 2D “walking simulator” (yes, this term is awful, hence the quotations) set on an island with a supernatural presence messing with time and character consciousnesses. Despite its first and last episodes featuring some questionable voice-acting performances and an ending whose final choice is nothing short of polarizing, Life is Strange captured the spirit of being a teenager in the real world better than any game in recent memory. In Oxenfree, you play as Alex, a snarky teenage girl sporting some pretty awesome blue hair who brings her newfound stepbrother Jonas to a mysterious island for a night of debauchery with some of her quasi-friends. Alex, as a character, almost feels more realistic than Life is Strange’s Max, and the opportunity to choose from a number of grounded dialogue options around every turn does provide the backbone for a pretty decent narrative experience. With that said, Oxenfree has faced criticism for having a beginning and end, but seemingly lacking a meaningful middle to its story (criticism that I absolutely agree with). On top of that, in a game where you basically walk and talk, it suffers the same problem with walking speed that was made famous by Everybody’s Gone to the Rapture. Granted, these two points alone are not enough to completely ruin a game, but when everything seems to break down technically for some users, all hell breaks loose.

As someone who writes about games, it’s always odd to hear about technical issues that you never face personally. Aside from texture streaming issues on yellow power boxes, my experience with Batman: Arkham Knight on PC was absolutely fine. When I played through Fallout 4, I didn’t have any of the game-breaking bugs that so many users reported, nor did I encounter as much Bethesda jank as most of the player-base did. Though I’m not someone who truly believes in the concept of luck, as it feels like a simpler way for humans to deal with the scary thought that this planet might just be loaded with explainable coincidences, in a sense I was one of the lucky ones. However, when I booted up Oxenfree, I encountered perhaps the most broken gaming experience I’ve had since my original God of War: Collection PS3 copy completely froze after Zeus betrays Kratos right at the beginning. 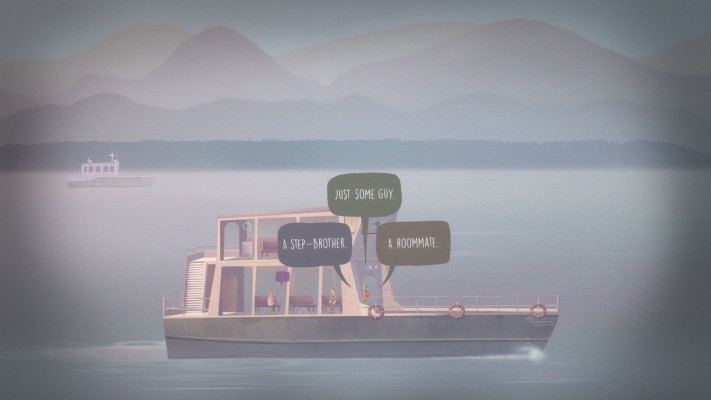 Let’s start from the top, shall we? On the Xbox One, Oxenfree sports loading times that are borderline Bloodborne-level, which is pretty shocking considering the actual on-screen content of this short experience. Perhaps this is a function of all of the scripting involved in the multitude of dialogue options and endings at your disposal, but, then again, we’ve seen plenty of far more ambitious titles load just fine on the Xbox One. Continuing on, once the gang reaches the beach and plays a game of “Truth or Slap,” there’s a known scripting bug that can occur when one of the main characters, Ren, is supposed to walk over to a gate and hop over it with the assistance of Jonas. If you choose a certain set of dialogue options, instead of walking over to the gate, Ren will warp over to the left side of the beach and be frozen in place, preventing you from progressing whatsoever. Being that this is a mere twenty minutes into the campaign, if that, restarting my progress was an annoyance, but not the end of the world. It’s worth mentioning that Oxenfree only has one active save file slot on the Xbox One, so if your game breaks completely, you’re out of luck. Once I restarted my campaign, I ran into the exact same scripting bug two more times, and thus had to restart my progress twice more. Granted, I didn’t look up the dialogue choices that cause this until after the fact, but that shouldn’t be something that a gamer should do in order to prevent having to manually wipe your save multiple times. Next, a number of stuttering issues arose during a number of the walking sequences, dramatically impacting the sense of immersion that Oxenfree attempts to inspire. Finally, and perhaps most alarmingly, I encountered a different dialogue-choice spawned scripting bug while walking to the very last area of the campaign. While I found a way to roll back my save through a hard reset of my console (yes, pulling out the power cord and everything), for a good ten minutes it seemed as though seeing Oxenfree to the end would require playing through the entire campaign all over again. This is absolutely not the type of stress that players should ever have to deal with, regardless of a title’s scope. If we can’t hold developers to that standard, then what do we actually have?

The last paragraph was extremely negative, and while Oxenfree was a personal gaming disaster, this is not an indictment of the talented people over at Night School Studio. Oxenfree is a title that this team can build upon and grow from, and knowing how passionate the development team was, it’s likely that its next title won’t suffer as many technical issues. It’s also important to note that it’s perfectly okay if Oxenfree is the front-runner for your personal Game of the Year award. There are some things to love here, and while this is not a title that clicked with everyone, there’s nothing wrong with liking the things that you like. If you take anything away from this article, hopefully it’s a more open mind towards the gaming experiences of others. What might be the darling of the year to you can be a massively disappointing experience to others, and because opinions are completely subjective, both sides are totally right.