If there’s one style of game that I’m absolutely, one-hundred percent sick of, it has to be the AAA open-world action-adventure game with a map loaded with meaningless collectibles and side quests that could be interchangeably inserted into any other game. You know the games that fall under this category. Assassin’s Creed, Far Cry, Mad Max and Just Cause 3 are prime examples of this sterile style of open-world game and it’s finally time to expect and demand more from our open-world games. See, when developers make games in the style of Assassin’s Creed or Far Cry, the immediate thought that always comes to mind is how making another one of these feels like the team behind it is exchanging creativity for dollars. After seeing The Witcher 3: Wild Hunt redefine narrative design in open-world games and Metal Gear Solid V: The Phantom Pain apply bizarre open-world dynamics to the greatest action-stealth gameplay of all time, it’s time for developers and publishers to realize that to create an excellent open-world game, you need to do far more than simply make another open-world game.

Before diving into why this sub-genre is becoming a problem for AAA gaming, there are a few things that should be mentioned. First and foremost, this is absolutely not a criticism of Ubisoft games in general. While the Assassin’s Creed series has become incredibly stale, with the lower than expected sales of Assassin’s Creed Syndicate being a prime example, and the Far Cry franchise is largely just First-Person Creed (albeit with outstanding shooting mechanics), Ubisoft does have some fantastic games and ideas to its credit. From the wonderful UbiArt games (think Child of Light, Valiant Hearts: The Great War, Rayman Origins and Rayman Legends) to the promise of newer titles, there are definitely some things to love about what the massive development/publishing corporation produces. After spending time with The Division, it’s clear that Ubisoft Massive, at the very least, is pushing AAA game design into a new era with its seamless in-world multiplayer features. Far Cry Primal, on the other hand, is a title that sticks close to the traditional franchise format, albeit without having to climb any towers, but the idea of a full first-person caveman experience feels fresh enough to at least carry intrigue. With all of that out of the way, it’s almost important to note that while Ubisoft largely made this style of game feverishly popular, the use of the term “Ubisoft-Style” is more of a way to not have to say “open-world action-adventure title with a multitude of ‘check boxes’ to tick off on a large map.” Plenty of other companies tie their names to games in this style, with WB and Square Enix coming to mind, so this is not a purely Ubisoft problem. Finally, just because a game falls into this categorization doesn’t inherently make it bad. Fatigue is the real problem here, plain and simple. 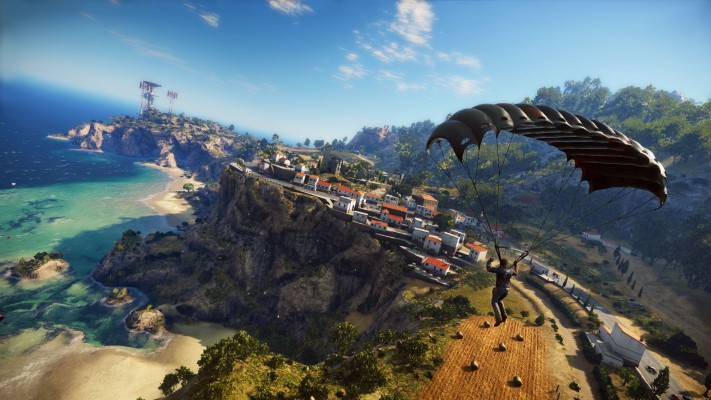 Have you ever been to a shopping mall in the weeks leading up to Christmas? While some of you out there are major fans of the song and dance that gets put on during the Holiday Season, there is certainly a large number of us out there who get the willies from how corporate everything feels. For me personally, I find that the more decorations I see in a retail location, the more I feel as though I’m being pressured to spend my hard-earned cash (because it’s what you’re supposed to do at that time of year, people!). For whatever reason, the Ubisoft-style open world game has begun to give me the same vibes whenever I boot one of them up. Nowhere in recent memory did this hit harder than in the seven to eight hours I spent with Just Cause 3. There’s something inherently stupid about blowing up everything in sight, and Square Enix did an awesome job with its pre-release marketing, so this appeared to be a game that would rob me of dozens of hours. When the news about Just Cause 3 originally being a multiplayer title before a sudden change in development took place, everything started to make sense. Though going to outposts and destroying stuff like a lunatic can be a total blast, something sort of feels off about the entire thing. Just Cause 3 almost feels like the result of Square Enix deciding it wanted some of that Assassin’s Creed money, resulting in a sterile, by-the-numbers open-world experience. Move from area to area and liberate outposts in order to reveal bland challenge quests in the general vicinity — this is the embodiment of bland open-world design. While the PC version is drop-dead beautiful and runs like a dream on my high-end PC, every attempt to boot up Just Cause 3 became an exercise in will-power; the structure just feels like it’s straight out of 2007. On top of all of this, console players had their fair share of technical difficulties as well, which lends credence to the idea that the goal here from the publishing side was to launch Just Cause 3 before anybody figured out what was actually going on. Of course, this is one man’s uninformed opinion on what actually took place inside the walls of Avalanche Studios and Square Enix’s Western offices, but, at the absolute least, the logic behind all of this is (somewhat) clear.

What’s moderately frightening is the fact that Avalanche Studios released two games in this style within exactly three months of one another. Both Mad Max and Just Cause 3 have some sort of twist that they can, technically, call their own, with the former sporting a largely overrated car combat system and the latter allowing you to grapple and destroy all of the things. However, once you boil these two games down past their settings and individual mechanics, they’re basically the exact same game. Both feature lackluster central stories, very genre-standard side mission design, an open-world whose enemy population depends on you liberating outposts, a machismo-laden protagonist, light RPG elements and wonderful visuals. While it’s likely going to be a couple of years before we see anything else from Avalanche, one alarming question has to be asked. Has Avalanche Studios become a team that exclusively makes Assassin’s Creed-likes? The line of thinking that you can dervive from the idea of studios spitting out generic open-world games evolves from there. If Ubisoft, WB Games and Square Enix are all into publishing Assassin’s Creed-likes, is it simply a matter of time before EA starts throwing its hat into the ring? Could we be looking at the start of an ongoing problem rather than its absolute peak? On a related note, Homefront: The Revolution has been described by some as an urban Far Cry and Watch Dogs 2 is supposedly coming out this fall, so this trend is certainly set to continue in 2016. 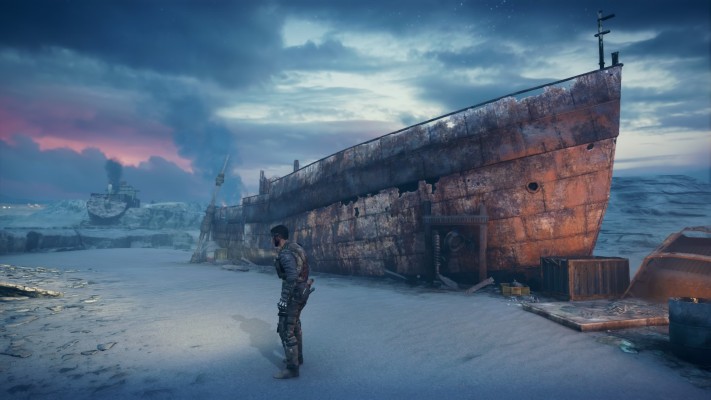 As was mentioned in the beginning of this article, games in this genre are not automatically bad. In fact, in the interest of full disclosure, I’ve actually enjoyed quite a few of them (as evidenced by platinum trophies in both Assassin’s Creed IV: Black Flag and the good, but not great, Far Cry 4). Yes, there are tons of people, be it consumers or members of the enthusiast press, that seek out these games over literally everything else. Past sales numbers and playtime data are enough for publishers to throw their money at making their own by-the-books open-world game, so this likely isn’t something that is going to die immediately. When you consider the fact that making a game in this style has the benefit of having a mission structure largely already designed for you, it makes sense for AAA shareholders to go crazy for this sort of thing. When you look at some of the coolest games of 2016 so far, however, with The Witness, Firewatch and Darkest Dungeon immediately coming to mind, it’s clear that novel ideas are refreshing and embraced. Granted, Firewatch is never going to do Assassin’s Creed numbers, but if publishers want to keep their almighty Metacritic scores high, they’ll have to do better. In 2015, CD Projekt Red showed the world the proper way to design an epic open-world game through the combination of a killer narrative, meaningful side-quests, a dynamic world and outstanding post-launch support. Let this be a message to the Ubisofts, the WBs and the Square Enixes of the world: we’ve seen you produce incredibly fresh experiences, so it’s okay to leave the Assassin’s Creed-like in the past.