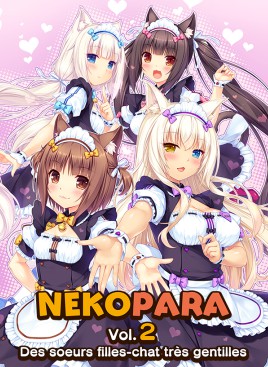 In this era where many Steam users are aware of visual novels purely through the Sakura series, it can be quite easy for the genre to pleasantly surprise them. Of course, many of the more involved fans tend to scoff at these fanservice focused titles in favor of more story-based adventures. The latter camp might not have been aware of what they were getting into when Nekopara Vol. 1 launched in December 2014. Since that release, as well as prequel Nekopara Vol. 0, though, they have little room for surprise that Nekopara Vol. 2 is yet another silly (and fanservice-y) romp. With that said, it’s not quite as soulless as what one finds in the more popular fanservice games available in English today. While you don’t have to play both games prior to jumping in with the latest, it would make the most sense to at least play Nekopara Vol. 1 first. Vol. 0 is tremendously useless from a character building standpoint and mostly is a superbly brief exercise in pure “all-ages” fanservice. Only those who really adore these aspects of the series should dig in.

We’re going to go ahead and assume readers have at least some experience with the Nekopara world. It has been a while since entering the La Soleil patisserie, though. Protagonist Kashou Minaduki ended his whirlwind romp during Nekopara Vol. 1 with La Soleil all set up and beginning to serve customers alongside family pet catigrls Chocola and Vanilla. However, it’s right at the very end when the other household catgirls suddenly decide to all start working there. This is where Nekopara Vol. 2 picks up. It appears that the entire crew have settled into their roles and have made this cafe a tremendous success. Not only that, it’s tons of fun for Kashou, his sister, and the catgirls themselves, to goof off with each other before, after, and during work. This homely atmosphere also makes room for a fair bit of romance (or at the very least, sexual attraction) between Kashou and his catgirls. It’s honestly tremendously weird if you spend too much time thinking about the prospect of catgirls in the world of Nekopara. You see, although they’re effectively women who just happen to have cat ears and tails, they also have cat-like mental qualities. 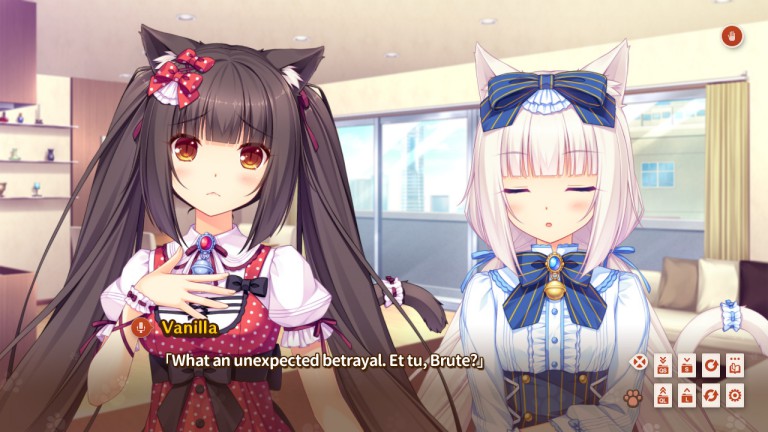 They might bust out into a literal catfight at a moment’s notice or mewl in heat because that’s what cats do. Despite having varying degrees of cognitive ability, they also recognize their “subservient” status and serve Kashou with no hint of malice. Like I said, if you want to best enjoy the series then you really need to turn off the critical portions of your brain and just enjoy the fantasy if that’s something you’re into. It’s important to note, though, that outside of sex sequences (which are cut from the Steam version) there’s actually not a huge amount of skin on display as might be expected.

So, what do you have in the absence of all this 18+ content? You’ve got a fairly sweet tale about Kashou’s continued fostering of relationships with other catgirls. Those who fell in love with Vanilla and Chocola might be sorely disappointed, however. This chapter is all about other kitties – primarily Coconut and Azuki. Given that the assorted other cat family members really didn’t get a chance to shine as much before, it proves a good chance to get to know both better. It also appears that future games in the series will continue along this trend. Just as soon as you get to know one catgirl (enough to become her “catpanion”), the story moves along to focus on another in the troupe. It’s a bit of a shame how everyone else basically fell into the background during Nekopara Vol. 2, though. After all, the collection of characters honestly seems at their best when played against one another. 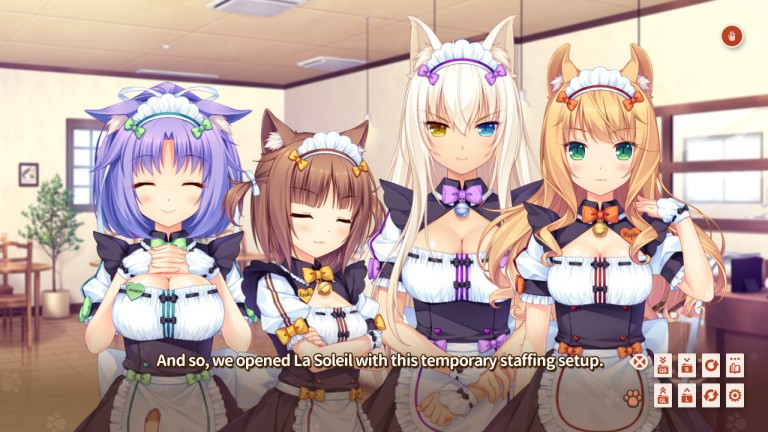 There’s no doubt that Nekopara Vol. 2 features some lovely artwork, but that has been the case throughout the series. Then there’s the fun E-Mote sprites which make each character feel quite lively. The Japanese voice acting also manages to imbue much of the personality into each character. Sure, the entire cast might mostly be comprised of tropes, but there’s something strangely humorous about how these cats in human form think differently from actual humans. Just do not expect to get much depth of character because that’s 100% not the game’s intention. CG scenes are also well done, though I couldn’t really tell you anything about the adult CGs as my only experience thus far is with the Steam release which knocks these out entirely.

This is where things get a little bit weird. Nekopara Vol. 2 is just around two hours but would certainly be a bit longer if played in its “complete” form. This version, available exclusively from Sekai Project’s adult storefront Denpasoft, has at least two or three 18+ segments bundled within it. How do I know having not played through that version? Honestly, you can very easily tell when they crop up in the main game. You see, there’s some moments where things get incredibly heated in the storyline between Kashou and his catgirl of choice. There’s a strong level of build up until the screen fades to black. You’re then abruptly taken out of the mood as the next scene is simply catgirl afterglow directly following some sexual entertainment. Those who abhor eroge and nukige will be glad for the Steam release, while censorship haters will be pleased with the Denapsoft release. 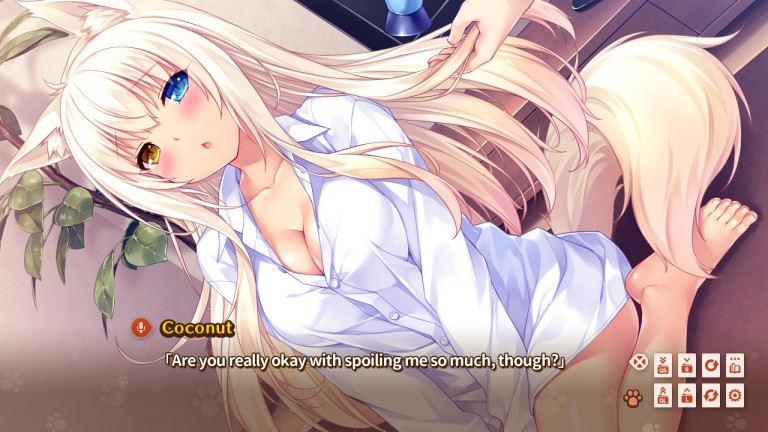 Nekopara Vol. 2 continues down the fluffy, cutesy and sometimes sexy path that its predecessors started down and does nothing to shake things up. Of course, fans of the series should be well aware of what they’re getting now and embrace it with open arms. After all, if all you want is to spend time with the “best girl” (provided you’re into Azuki or Coconut) then you’ll certainly get it in this chapter. It’s imperative to recognize that the series is about this light humor and sexuality rather than some great, winding tale about the plight of catgirls in Japan. There is more that could be done to improve the series, such as moving further from tropes to create more memorable characters, but it is already leaps and bounds beyond some of the worst examples of visual novel fanservice available.