Oculus Home is the company’s answer to how to make the virtual reality experience seamless and continuous rather than simply relying on existing interactions on a keyboard, mouse and screen then putting on the headset when you’re ready. It gives the Rift a home base, a basic area for you to get your bearings and give you grounding rather than the headset suddenly flickering on to reveal your new surrounding, which could be quite disorienting for most people.

Oculus has been iterating on its Home concept from its initial launch on the company’s Gear VR platform for Samsung phones and sees it as the primary method for interaction in virtual reality. Oculus says Home will be where you’ll “explore your library, discover new content, and connect with friends in VR.”

However, that doesn’t mean you’ll have to put on the headset for every interaction. Oculus will still have a desktop app to provide a storefront and customize your Rift’s settings. To that end, Oculus is promising “regular updates for Rift each month.”

Oculus Rift launches on March 28 for $599.99. Check out screenshots of Oculus Home and the Oculus Store below. 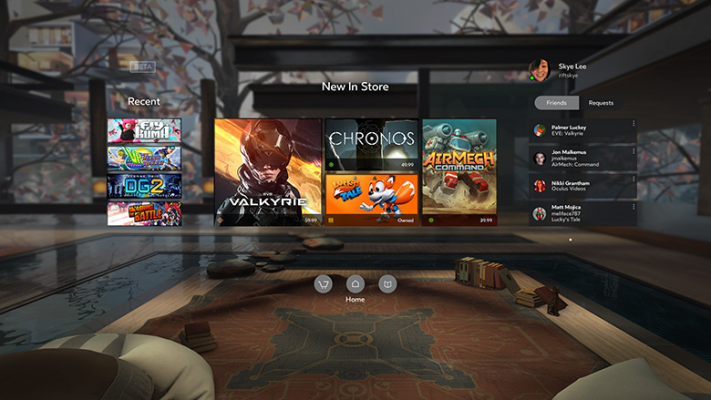 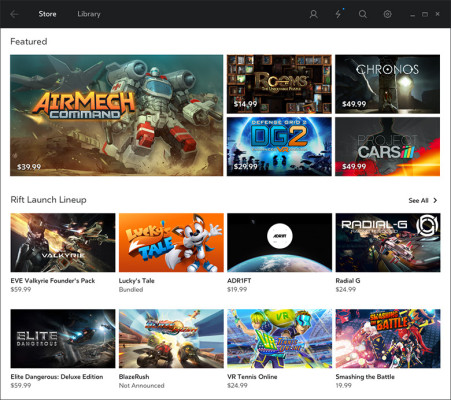