Oculus today announced that when its Oculus Rift launches on March 28, it will a slate of 30 titles available.

The list of titles includes games that are already out but will have Oculus Rift support, such as Keep Talking and Nobody Explodes, but also highly anticipated titles like ADR1FT that will launch with support. You can check out the full list of launch games below.

Oculus promises that there will be over a hundred more games coming to the Rift by the end of the year. 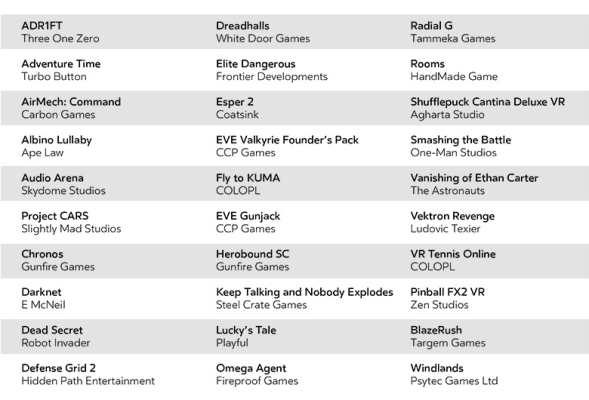