Pokémon has been a staple series in Nintendo’s gaming line up since 1996 with the release of Satoshi Tajiiri’s game for the Game Boy. The global popularity of these pocket monsters would soon spread and this legendary franchise will probably span until the end of time itself. However, throughout the years the role-playing games has evolved itself into many other genres, but not until now has it really hit the nail on the head of what a true Pokémon game is all about.

In the year of 1997, entire generations of kids were introduced to Pokémon either through the games or through the extremely popular animated series. Every Saturday morning there was a new episode on Kids’WB and every kid dreamed of participating in the Pokémon league battling rival trainers and becoming the best there ever was. Although, the games were fantastic and provided hours of entertainment one thing remained disconnected, the ability to capture the same fast paced action of a real Pokémon battle that the television show implied. All the games were turn based, where you would make a move and the computer or another player would take their time deciding on their next strategic move. The end result compared to the television show was a pale comparison and at times dull as you waited for that one friend to decided what they wanted to do next. 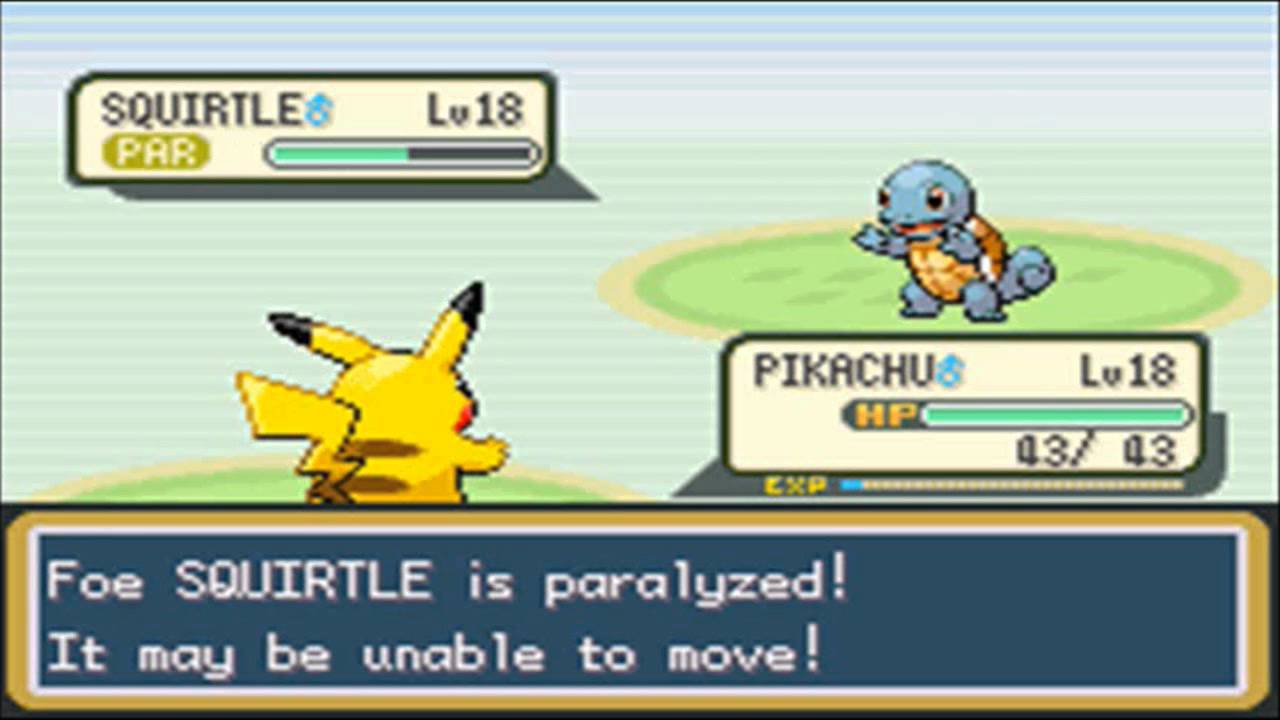 As time went on all variations of Pokémon games took this turn based action approach, which is fine that’s the staple on which Pokémon was created and it is still a fun mechanic that has spawned millions of other RPG franchises but the magic that is Pokémon battle just wasn’t there. We all secretly craved more we wanted to take control over our pocket monster and take their fate into our own hands, we wanted to help them counter and dodge attacks like in the show instead of closing our eye’s and crossing our fingers that by some act of divine intervention that the critical hit coming you way would miraculously miss. The closet Pokémon fans have ever been to a recreation of the shows interpretation of a Pokémon battle is through the Super Smash Brother games. Once they introduced more Pokémon other than Pikachu players would be able to test their pure skill against the likes of others through a fast paced brawler and for a while this was as far as we would ever get to a television Pokémon battle.

Now, with the release of Pokkén Tournament on its way for the Wii U, avid Pokémon players and enthusiast will finally be able to capture the same fast paced, action packed, interpretation of battling we all have been craving. No more closing your eye’s and praying for a miracle, now your fate is entirely in your hands. Pokkén Tournament in essence is a run-of-the-mill fighting game, like Street Fighter or Tekken but the inclusion of Pokemon, the lore that comes with it, and their unique abilities and moves adds a fresh take on the fighting franchise that many love around the world. The game is already released in Japan and tournaments and world championships have already been put together and taken place with commentary of the fight included. Watching these videos really brings out the charm this game holds, you really feel like you are watching an actual Pokémon Tournament take place.

For fans of the television series and for Pokémon in general, this is the Pokémon game that puts Pokémon Stadium to shame, giving the player full control of their chosen pocket monster was a move we all dreamed of but never thought would actually come to fruition. With the new inclusion of Pokkén Tournament to their brawler line-up Nintendo now has two strong brawler franchises to build on going forward. With a unique roster, different combat style, and a brawler that kids can get into without crossing paths with the “hardcore” gamers of other fighting franchises Pokkén Tournament might just be the game that changes the way we look at fighting games.