A perceptive Reddit user has posted images of an in-game map of the surrounding areas. Seen during one of the missions, the map is adorned with handwritten scrawls detailing various notes and troop movement. Furthermore, the sketches and notes indicate what seems to be a northern expansion to the current Dark Zone. This could very well be a reference to one of The Division’s upcoming DLCs, titled Conflict, which it was announced would add new Dark Zone features. 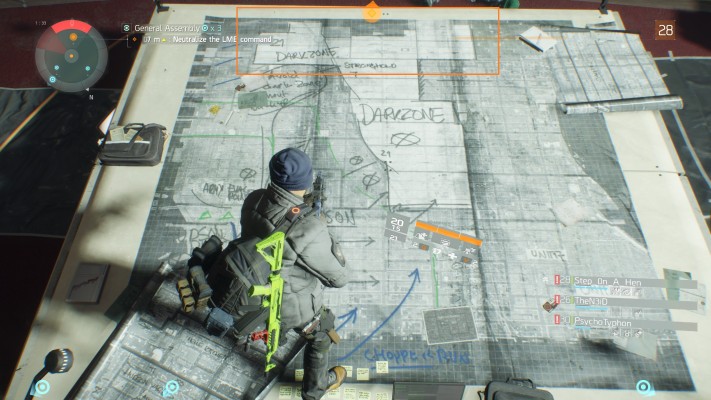 Apart from the intrigue of the possible details of further content, it’s always fun to find these clues in an open, in-game environment. Having enjoyed what we’ve seen so far, we can’t wait to see what more Tom Clancy’s The Division has to offer.