The early 2000s were a great time to be a nerd.  The classic fantasy series The Lord of the Rings had been adapted into a trilogy of movies, and while whether or not the films surpassed the books in quality can be debated endlessly, they were definitely at least as long as the books.  The video game industry mercilessly milked this cash cow for years to come, but unlike the majority of movie to video game licensing disasters several games came out of this and didn’t make seppuku seem like a more fun activity. 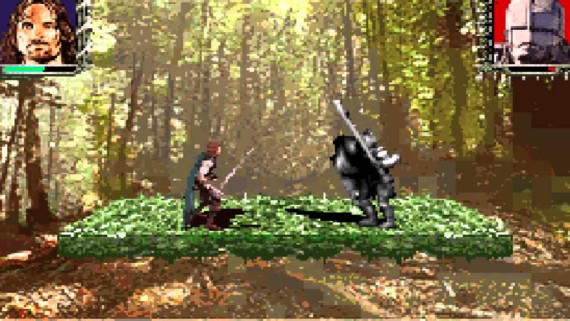 One title in particular, The Lord of the Rings:  The Third Age, is actually two separate games.  On the now antiquated Playstation 2, Xbox, and Gamecube The Third Age followed the adventures of Gandalf’s friends who were not quite cool enough for him to be seen with in public fought Sauron in the background of the events everyone knew from the series in a shameless attempt to emulate the design of Final Fantasy X.  The characters everyone was familiar with was fighting the famous battles on the handheld version, which aside from the title and source material bore no resemblance to the version that required a console with a disc drive.  Instead following the standard turn based combat RPG formula, this is a turn based tactics game.  A main character is selected at the beginning of the game and some levels have the option of selecting which noteworthy characters will be in accompaniment.  The exceptionally skilled players or masochists, there is an optional Sauron mode where permadeath exists for these guest companions should they fall in battle. 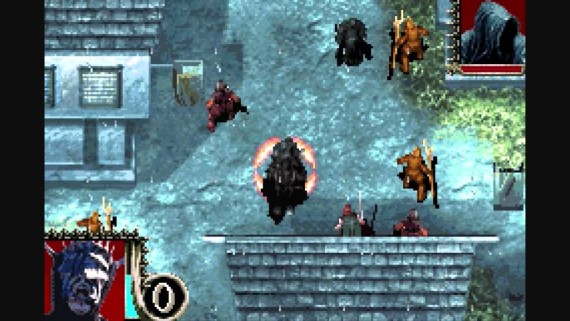 The characters to choose from on the side of light are Aragorn, Gandalf, and Elrond, and if one chose to align themselves with Sauron the options were Saruman, The Mouth of Sauron, and the Witch-King of Angmar.  While there is no significant difference in the gameplay, being able to fight on the side of evil is always a welcome option.  No advanced degree in rocket surgery is required to master this game, but rubbing a few brain cells together to devise a strategy is.  The game ends when your chosen protagonist falls in battle, and the companions have different strengths and weaknesses they bring to the table.  The battlefield is divided into different sections, so in a typical skirmish the left, center, and right side have a set number of moves they can take.  Having a main character on a side does determine how many moves that side will get. 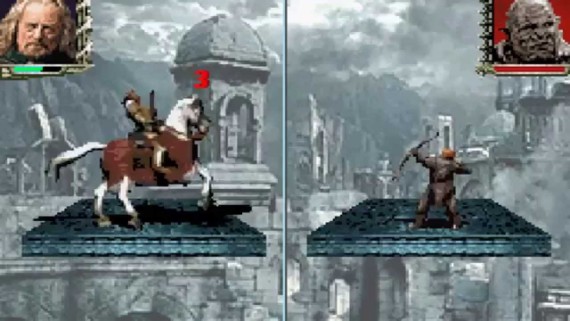 An effective strategy I would rely on if the stage allowed was to clear out the flanks and move everyone to the center, which allowed me a ridiculous amount of actions in one area.  Everyone who in battle gains experience points which are used to purchase increased attributes or special abilities.  The Third Age was visually impressive for its time, but like most handheld games from over a decade ago the hands of time have not been kind.  This is even more apparent when you contrast the Gameboy Advance against a 3DS or Vita.  Regardless, the portraits for each character are instantly identifiable to fans of the film.  The soundtrack also does a fine job emulating the score of the cinematic trilogy.   One of the major drags of this game is how it can, well, drag.  When you move a unit to attack an enemy it goes into a combat animation that looks pretty cool the first few times but gets tedious quickly.  It is always better to buy a game over emulation, but some GBA emulators have an option that can speed up the gameplay which can make this game more enjoyable, especially during a replay of one of the longer battles toward the end of the game. 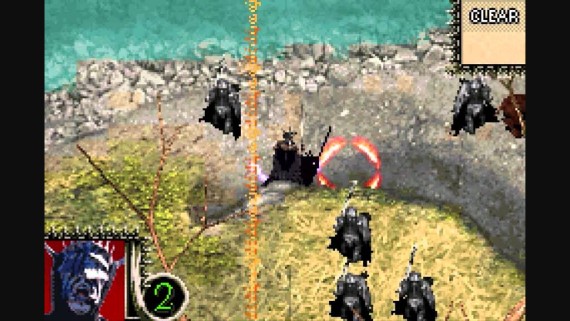 Dated visuals and game mechanics aside, after playing this game for the first time in over a decade as a refresher for this article it holds up pretty well.  In a world where there is an endless wasteland of abysmal movie licensed video games, The Third Age is one of those rare gems that is more enjoyable than using hydrochloric acid as mouthwash.  It is nothing groundbreaking. even by 2004 standards, but it is an enjoyable game nonetheless.  It is also not one of those retro titles that carries an inflated price tag.  The pricing at used gaming stores varies but I recently found some going for $3.99 at a local brick and mortar, which if you are a Tolkien fan and have a working GBA it is worth checking out if you missed out on it when it was new.  It is not perfect, it does show its age, but it holds up well enough to continue to be fun.